Picking things up after the more heartbreaking and downbeat end to its fourth season, Call the Midwife returns to BBC One for its annual Christmas special.

Like last year’s festive instalment, and many other episodes of the show, it juggles a significant number of storylines. There are probably about five separately identifiable intersecting strands to the episode’s plot, and how they all tie together and have weight and meaning is a seriously impressive achievement.

The show doesn’t pick up the thread of Trixie’s alcoholism in this episode, nor do we see any of Sister Mary Cynthia or Chummy, but the story of Patsy and Delia’s relationship does return. The fact that the show is set in 1960 limits how optimistic we can be about these two women ending up together, but it is unexpected to see that they appear to have returned to each other here, and that they’re going to try to stay together.

After Delia’s accident, it seemed like the show was calling it quits on this pairing. But love persists and there’s something really lovely about how when Delia tells Patsy how she loses her train of thought sometimes, Patsy replies “it’s better than losing you”. It seems likely Delia will still have a part to play in Season 5, although her mother insists she shouldn’t return to London.

Even if the story of Patsy and Delia is the one that feels the most connected to the show’s previous season, it isn’t the one that gets the most focus within this episode. That would be the story of Sister Monica Joan going missing after she and Sister Evangelina have an argument about how soon Christmas decorations can be put up in Nonnatus House. 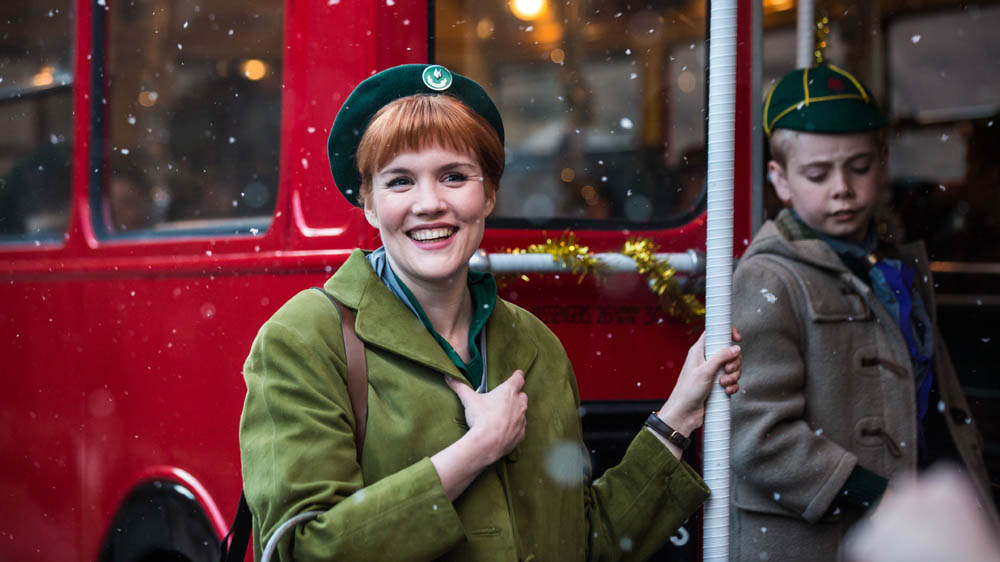 Sister Monica Joan is already feeling the Christmas spirit all around them, and wants to move things forward into modern times (her impassioned request that they get a television is a highlight of the episode) by setting up the Christmas tree before the 18th of December in a break from tradition. When this small disagreement spirals into something a bit nastier, she heads out into the cold, also suffering from sickness, and is soon declared a missing person.

The episode generates a great deal of anxiety over whether Sister Monica Joan will survive this experience, especially as she constantly talks about making peace with things and being ready to die. It would be bleak for the show, but it’s not entirely unexpected for it to occasionally have moments that are darker, and this would be in keeping with that even if it might be rather depressing for a Christmas special.

Her going missing is a way for Sister Evangelina to realise how much she would do to save her, though, and she eventually discovers that Sister Monica Joan has returned to her childhood home, arriving just in time to provide some much needed medical care for her colleague and friend. 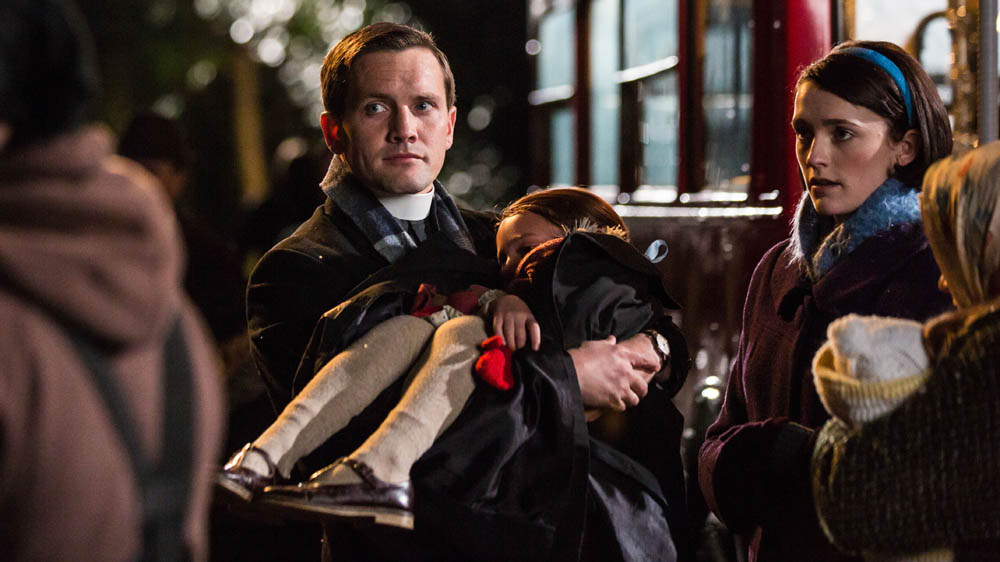 All the while, Tom is getting ready to present the parish church on television and is encountering some very judgemental opinions from a BBC producer who openly tells him and Shelagh that “aesthetics are vital, we can’t have anybody looking poor” in such a condescending tone and manner that makes it clear he doesn’t think much of Poplar. This smaller storyline converges with another about a measles outbreak occurring within the community and causing Dr Turner to quarantine all of the children for their own safety.

This quarantine might derail the stuffy producer’s plans for a nativity show starring singing children dressed in costumes, but the ever-resourceful Shelagh manages to pull off something even more in keeping with Christmas by getting all the nuns and midwives up on stage to sing while a newborn baby is placed into a manger in front of them.

It’s a heartwarming and simple moment that speaks volumes about how much these women are valued by the people of Poplar.

And the birth of that child who finds itself up onstage and on television is what forms the final notable plot within this busy but emotional and moving episode. The tale of Iris (Victoria Hamilton), a woman who lost her first child Lorna four months after her birth, is one tinged with sadness but that is also about healing and recovery over time. 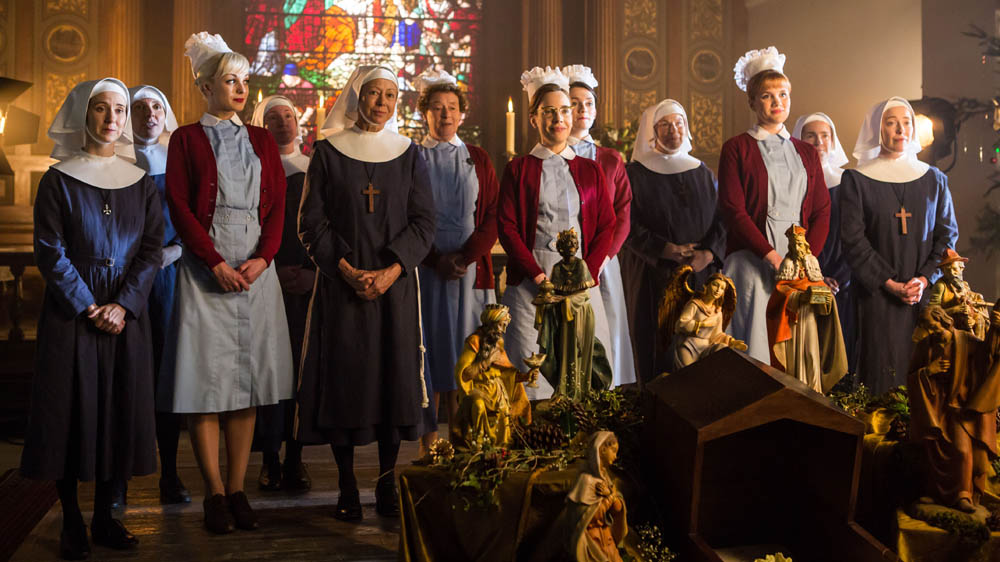 Even before Iris discovers she’s been unexpectedly pregnant for a while, she feels like she’s able to find some happiness through contributing to the church and helping to build something more than herself, with a key moment being when she allows her first child’s cradle to be used within the nativity production.

When Iris does discover her pregnancy, Hamilton plays her uncertain rush through the emotions of elation, nervousness and fear magnificently, only becoming assured when Sister Julienne turns up to help her through it.

Perhaps the episode’s single most emotional beat comes just as she admits her lack of hope to Sister Julienne, saying “I never thought I’d have another child… I just, I kept loving her”, and hearing “and you always will, love is not going to be halved, but doubled” in encouraging response.

While there might be a lot going on within this episode, it’s an impressively well-balanced one that sets up stories for the forthcoming fifth season and delivers an uplifting Christmas tale filled with joy and hopeful moments of affection and warmth.

Many would’ve wanted to see Chummy or Sister Mary Cynthia, but the show’s impressively deep ensemble is easily capable enough to carry the show without the presence of those characters, and this episode is a really strong special for Call the Midwife that brings its familiar profound and uplifting charm in spades.

What did you think of this year’s Christmas special? Let us know below…