As the WE WANT WHAT YOU HAVE campaign heats up, lives on Pepys Road are irrevocably changed and tragedy strikes for one family.

After Capital’s outstanding opening episode it would be reasonable to assume a slight downward spiral for this second instalment. Fortunately, Episode 2 is another fantastic hour packed full of drama and poignant character moments.

The WE WANT WHAT YOU HAVE thread introduced last week continues to threaten the residents of Pepys Road who believe the police aren’t doing enough to catch the culprit behind the campaign. When dead animals are delivered in the post, DI Mill (Bryan Dick) believes the actions may be that of a copycat and insists they’re doing everything to find the persons responsible.

As with the opener, this thread is deftly sewn throughout the episode by Peter Bowker and underscores many of its themes and moments. 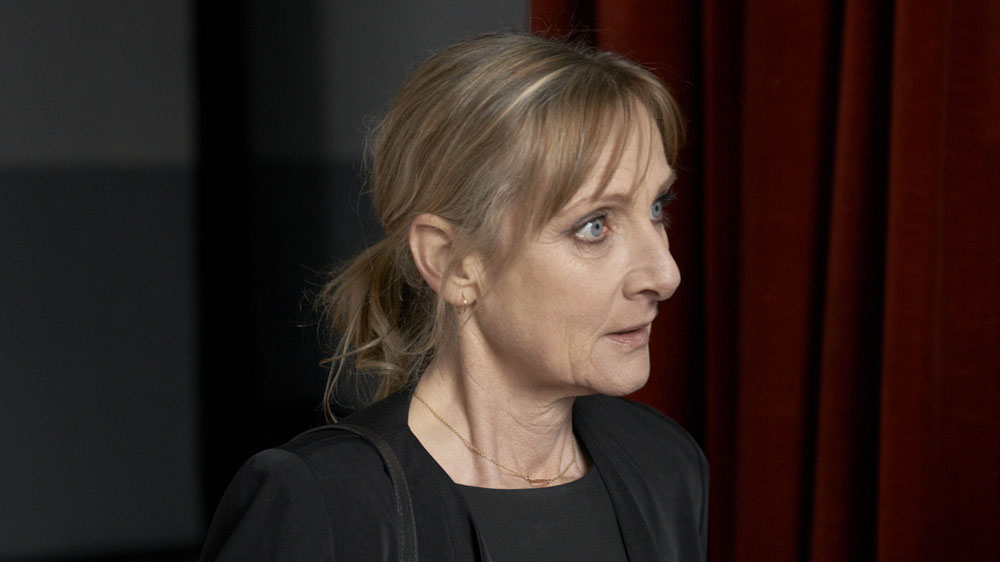 In one of the episode’s more hard-hitting storylines, Gemma Jones once again delivers a mesmerising performance as Petunia’s condition steadily worsens. Lesley Sharp is also stunning here as Mary who struggles to cope with caring for her mother. The seriousness of the story is offset brilliantly by a moment of light relief early on in the episode in an exchange between Mary and Petunia.

‘I’ve got a downstairs toilet.’

Peter Bowker skilfully captures the mundane reality of life without falling into the trap of sensationalising it.

Bowker’s prowess as a scriptwriter is shown during an understated and starkly real scene between Petunia and her grandson (Robert Emms). It’s a brilliantly performed scene by both actors and one of the standouts in this fantastic second episode. Stellar too is the moment where Petunia passes away with both Gemma Jones and Lesley Sharp giving the material their all.

Elsewhere, Arabella (Rachael Stirling) continues to vent her frustration against husband Roger (Toby Jones) who finally admits to her the true amount of his Christmas bonus. A further wedge is driven between the couple as Roger and their children’s nanny, Matya (Zrinka Cvitesic) grow closer. Particularly fascinating to watch is the slow breakup of Arabella and Roger’s marriage as they’re shown increasingly apart. It’s a subtle and intelligent piece of writing. 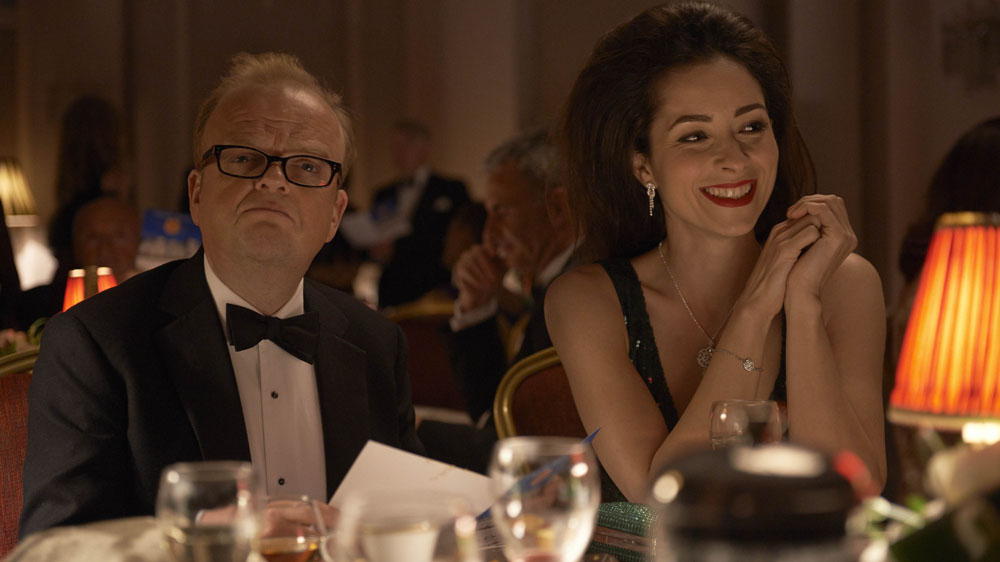 After her arrest, Quentina (Wunmi Mosaku) is determined to plead her case to the judge and defend herself against accusations of working and intending to stay in the country illegally. ‘I paid my way,’ protests Quentina when told that the hardship she’s suffered is irrelevant to her case. Quentina strongly believes in giving back to England rather than sponging off the system, however, she’s informed the judge will believe the ends do not justify the means.

It’s an interesting story and one that seems to be examining the failures of the UK’s immigration system. Previously, Quentina has been depicted as a hardworking and diligent member of the community and the storyline is a distinct reminder of how unfair the system can be.

The Kamals are put out when the matriarch of their family, Mrs. Kamal (Shabana Azmi) announces she’s coming to stay with them from Pakistan. Their fears are further realised when she immediately criticises them on arrival.

Shabana Azmi gives a masterclass in defiance acting when, during the episode’s closing moments, armed police storm their home and Mrs Kamal refuses to get down on the ground despite the pleas of her son, Ahmed (Adeel Akhtar). It’s a dramatic and tension filled ending to Episode 2 and leaves the audience desperate to find out how next week’s final part will conclude the drama.

Overall, Capital’s second episode is a tour de force in scriptwriting from Peter Bowker who continues to make excellent use of his incredibly impressive cast.

This is BBC drama at its absolute finest and is worth the license fee alone.