Cold Feet has spent the past seven weeks proving that not all revivals have to be terrible.

But with the sixth season coming to a close, and all sorts of plot points still to be resolved, could it keep the quality up?

There’s one thing to know about last night’s finale; the characters are positively tripping over love triangles. Landlady Tina needs to pick between Adam and her formerly-married paramour Jamie. Adam’s son Matthew has to pick between sisters Ellie and Olivia. Josh, Karen and David’s returning son, has landed himself in a triangle with Ramona and her new Spanish lover. And as for Karen, she’s in more of a love quadrilateral between David, flashy-pants businessman Eddie, and her new business partner.

And how to resolve all these romantic bewilderments in the space of one hour? Shove them all together in a great big party, of course. A party thrown for Adam by Tina. That’s a good sign, surely? You’d think so, but Tina’s also invited her now live-in lover Jamie. Talk about mixed messages.

As set-ups go, it’s pretty effective, especially when it comes to David. He’s just found out that his legal troubles are all resolved, so he’s “smashed” and bouncing around like a great big posh liability, providing some of the great one-liners of the episode.

Upon discovering that his son Josh is gay, he declares that he went to boarding school, where they all “had their moments”. And when it comes to his love-rival, he panic-proposes to Karen just to get in there before Eddie has a chance to whip out his ring.

Back in the land of mixed messages, Adam is dead against serenading. It was alright when he did it to Rachel because he had a rose in his arse. But that doesn’t stop him from serenading Tina on a rooftop towards the episode’s close. And why? Because he’s had an epiphany after being held in a siege with Pete when he nipped out for more booze. 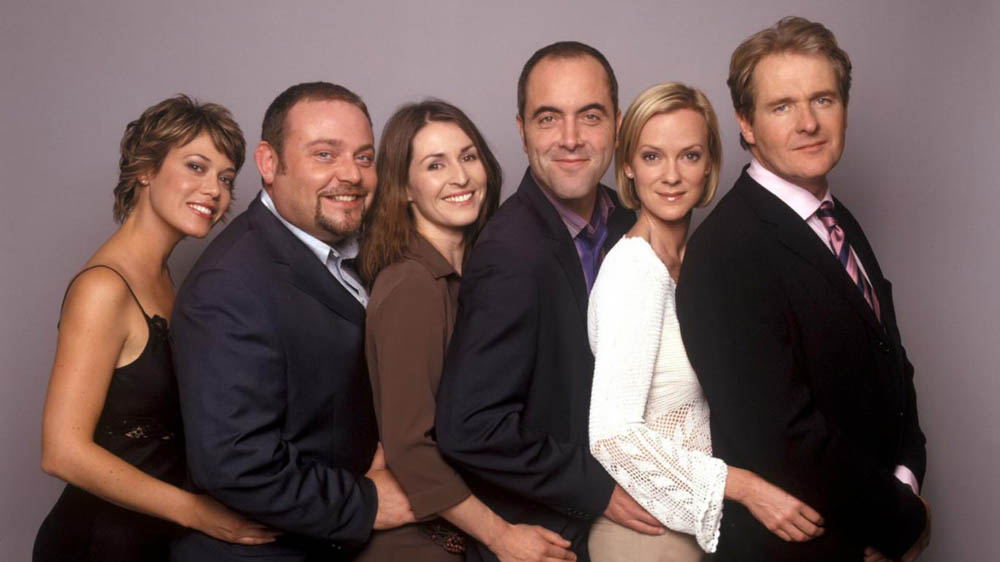 Sure, the whole hostage set-up is faintly ridiculous, but it provides some actually rather touching moments as Adam turns negotiator. When faced with a hopped-up robber and a non-plussed shopkeeper, he talks about Matthew, begging the robber not to leave his son an orphan. Along with his heart-to-heart with Pete, it turns what could’ve been a rather strange plot point into a sequence that gets you right in the feels.

And what about Pete himself? Thank God for him and Jen, who seem to be the only people in Manchester not having a romantic crisis. After all Pete’s troubles this series, they’re rewarded with a happy ending – in Adam’s bathroom.

In general, it’s (less literal) happy endings all round, as the show wraps everything up nicely while keeping just enough open for the recently-announced seventh season to pick up.

In a year of dodgy TV comebacks, the return of Cold Feet has been a consistently strong one – so let’s hope the quality stays up in 2017.

Did you enjoy the return of Cold Feet? Let us know below…