After Dwayne’s childhood friend is found dead, he has a reason to suspect foul play when he receives a text from the victim’s phone after his death, telling him he’s been murdered. Is it a prank or is something more sinister apparent?

“This message from the grave…it’s a bad business.”

Things take a decidedly more sombre tone this week, shaking things up from the usual sun-drenched crime caper. Everything from the choice of music to the acting styles feels a little more subdued than usual. Probably because the events of Dwayne’s friend Cedrik’s death reopen a cold case involving the death of a child from forty five years earlier. The potential culprits in that case are all friends of Dwayne’s and the victim, Cedrik.

“I’m scared. I’ve looked up to these men my whole life. I’m starting to wonder if I got it all wrong.” 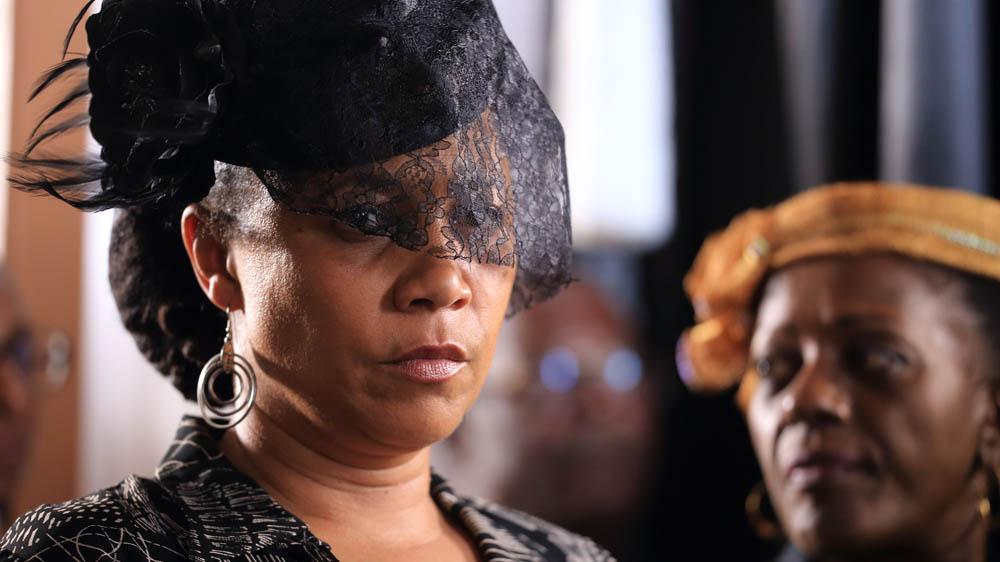 The main storyline is intriguing but mainly because it directly affects one of our regulars. Often reduced to a more secondary role (despite being the longest-serving cast member), Red Dwarf star Danny John-Jules puts in an emotional and thoughtful performance as Dwayne, really shining here.

The direction is really wonderful here too, with the slightly filtered flashbacks and the filming scenes in heavy rain and forest adding a distinct flavour to the look of the episode. The central storyline grips, bleeding together two stories that are connected in a very emotional way. Director Audrey Cooke really plays with our expectations in a show that often plays things safe visually and tonally.

The usual red herrings and small details meaning big things are all here: a missing pillow slip, the victim’s heart condition and the dead man’s cheap watch all adding something small but significant to the unfolding story. It’s heart-breaking when Dwayne ultimately realises that not only did the men he has grown up respecting cover up the murder of a child almost half a century ago, but that one of them killed Cedrik to keep him from exposing their story. 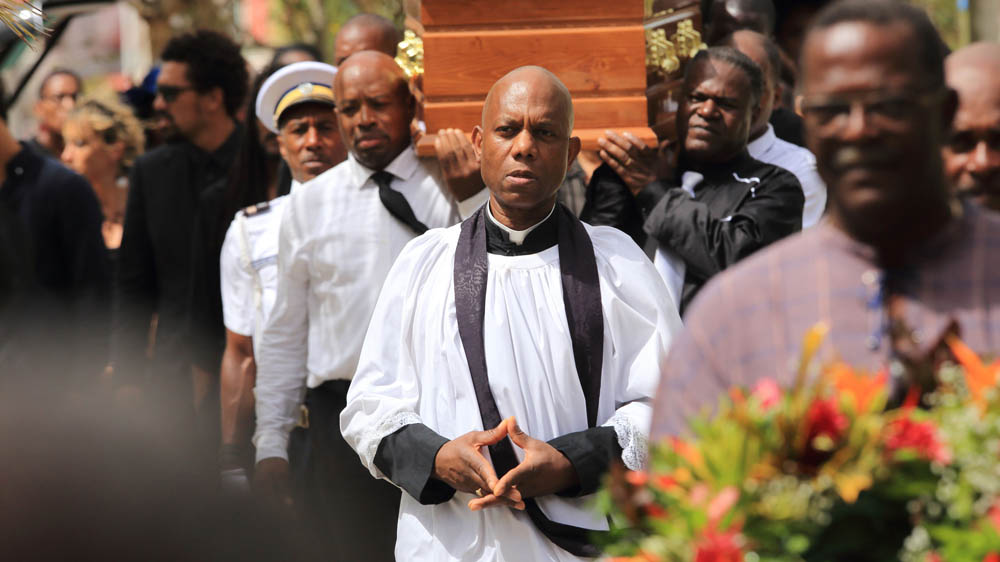 “Cedrik talks about you all the time. He’s very proud.”

Who sent that posthumous text when the victim was dead and cremated? Why was the life-affirming victim so aware that he was going to die? And if he knew his killer, why didn’t he do anything to stop it? The killer’s reveal is chilling when confirmed, shaking the viewers’ expectations and giving Kris Marshall’s Humphrey something of an edge in his performance.

Every now and again, Death in Paradise will serve up an episode like this which really ticks all the boxes, along with boxes we didn’t even anticipate; an impressive feat for a procedural crime drama in its fifth season.