Hit comedy drama Death in Paradise returned tonight to help us beat the blues with some sun, sand, sea… and murder.

Now in its sixth season, BBC One’s detective show is the perfect antidote to a wintry January, adding a little mystery to the New Year.

When a researcher at the Saint Marie Volcanic Institute is found dead halfway up a mountain, cause of death by heart failure seems perfectly plausible. However, a missing torch leads quizzical detective Humphrey Goodman (Kris Marshall) to suspect foul play.

First off, this season opener is visually gorgeous, with some lovely camerawork from director Claire Winyard (Casualty, Holby City) that makes the episode stunning to watch, even down to the impressive CGI volcano. The script is also very sharp, allowing regular Death in Paradise writer Dana Fainaru to signpost many clues (and red herrings) to lead us a merry dance until the criminal is exposed in the final act. 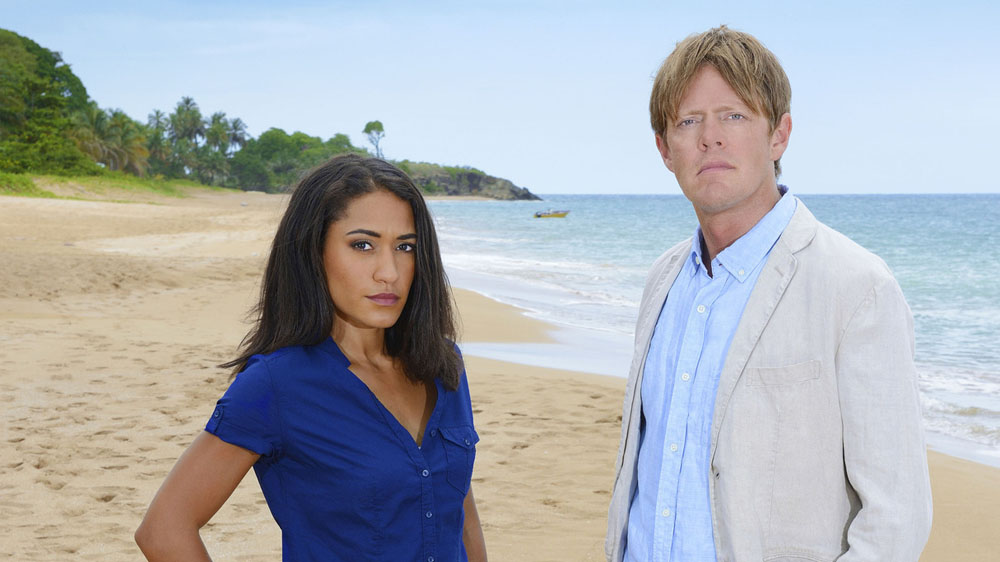 “Someone was up that volcano with Stephen Langham last night, Florence. I’m sure of it. And now they’re lying to cover it up.”

The central mystery is a little formulaic in parts, but gains speed as it reaches its conclusion. It also provides Josephine Jobert’s Florence to have a little more grit in her performance as the episode ramps up speed. As with last year’s opening episode, the twist is found in how many people were involved in the murder, but it is executed and explained in a very interesting and educating way. While many may laugh off Death in Paradise as entertaining fluff, this is a thoughtful hour of television.

That said, the usual tropes are here also here to keep existing viewers entertained: the whiteboard full of potential killers, the individual suspect interviews explaining their motives and of course, the gathering of the suspects together for the final reveal. 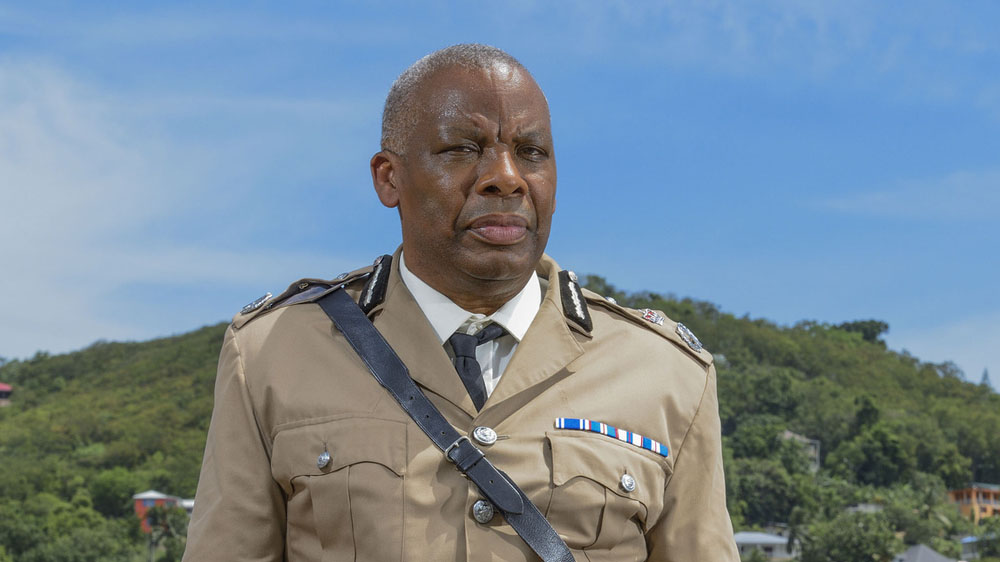 “I agree we should kiss…and I think we should do it now.”

With the new season brings new romance as Sally Bretton (Not Going Out) returns as Humphrey’s love interest, Martha. It’s a lovely coupling, with Bretton feeling like a good fit chemistry-wise for Marshall, and adding a new dynamic to the show. It also gets a particularly gleeful performance out of Marshall, whose bumbling detective perhaps needed a new dimension in his fourth year.

The episode is also aided by an amusing subplot involving the Commissioner (Don Warrington) and Dwayne (Danny John-Jules) as a flirty journalist charms a rather negative reaction about his boss from Dwayne and it ends up making front page news. Understated comedy has always been a key strength to Death in Paradise and it is put to good use here, off-setting the more dramatic elements.

A strong guest cast, some lovely visual flourishes but ultimately more of the same makes the episode a reliably easy watch, but perhaps not as gripping as it could be. Here’s hoping that future episodes have a little more meat to bite into.