Let’s be brutally honest for a moment. The Daleks may have been the most terrifying monsters on telly once upon a time – back in the 1960s or 1970s, say – but since Doctor Who was revived in 2005, they’ve mostly been… well, a bit rubbish.

2005’s ‘Dalek’, in which Christopher Eccleston and Billie Piper found the last one in existence amid a millionaire’s collection of curios, was excellent; the stone Dalek that cameoed as a museum exhibit at the end of Matt Smith’s first season was similarly unnerving; even the Davros-led excess of ‘The Stolen Earth’ in 2008 had its moments of metal meanie magic.

Yet overall, the Doctor’s greatest enemies have suffered through ubiquity, overuse of CGI to create billions of them zooming around the cosmos, and their innate inability to do anything besides exterminate. They’re boring, basically, and the show’s attempts to make them different (humanising them in ‘Daleks in Manhattan’, enslaving them to Winston Churchill in ‘Victory of the Daleks’) haven’t succeeded in making them any more interesting.

Happily, that’s all changed. While the majority of the Daleks do remain monotonously narrow-minded killers, and there are still huge computer-generated swathes of ’em, they’re not the focal point of the story.

Instead, ‘Asylum of the Daleks’ concentrates on the Skarovian bastards’ cast-offs: the damaged Daleks, the loopy Daleks, the Daleks that survived the endless scraps with the Doctor in which they came off second best. 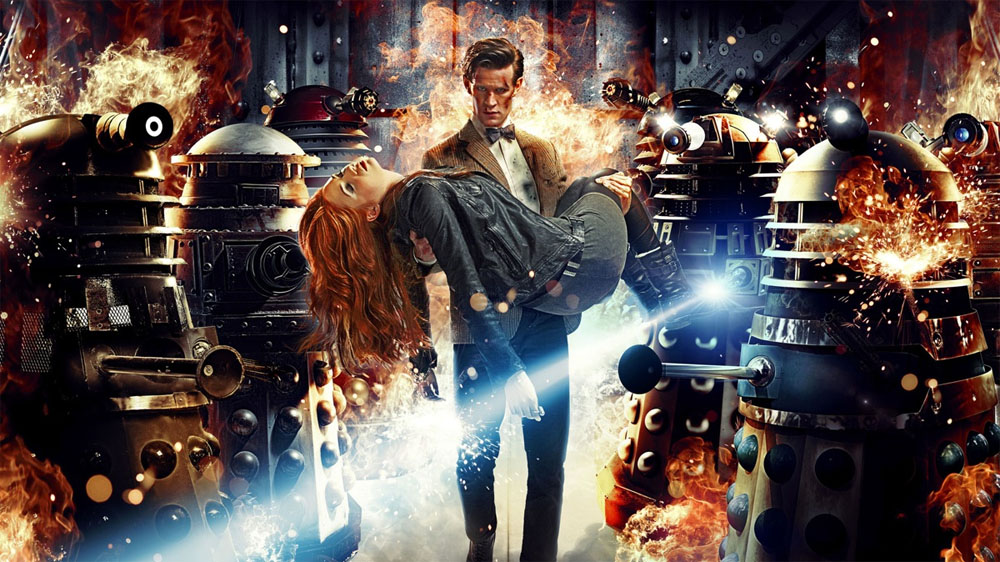 Armies of Daleks on spaceships aren’t interesting or frightening; insane Daleks, half-comatose in darkened dusty, forgotten cellars are both. The scene in which Rory awakens to find himself surrounded by the derelict, deranged inmates of the titular asylum is authentically chilling – the scariest Dalek moment in years in the best Dalek story in decades.

But we’re getting ahead of ourselves. Hardly surprising after a typically multi-layered Steven Moffat episode, bursting at the seams with front-end story, fanboy backstory, heartache from the past, hints for the future, tension, twists and – of course – enough LOLs to make those longing for a new series of Coupling simultaneously elated and despairing.

There’s also a bittersweet moment straight out of Joking Apart, where the Doctor talks to Amy about her split from Rory. ‘Don’t give me those big, wet eyes,’ she says. ‘It’s life. Just life. That thing that goes on when you’re not there.’

We haven’t mentioned the spooky wondrousness of the Daleks’ human puppets, with their gory sound effects and quasi-‘The Empty Child’ cranial morphings (what’s the point of a good idea if you can’t reuse it?), the surfeit of possible good story titles that fell by the wayside (‘Parliament of the Daleks’, ‘Predator of the Daleks’), the excellent and essential wiping-out of 50 years of Doctor/Dalek conflict (a far better zeroing of the clock than making the universe think the Doc is dead, frankly) or Arthur Darvill’s best performance yet as Rory. 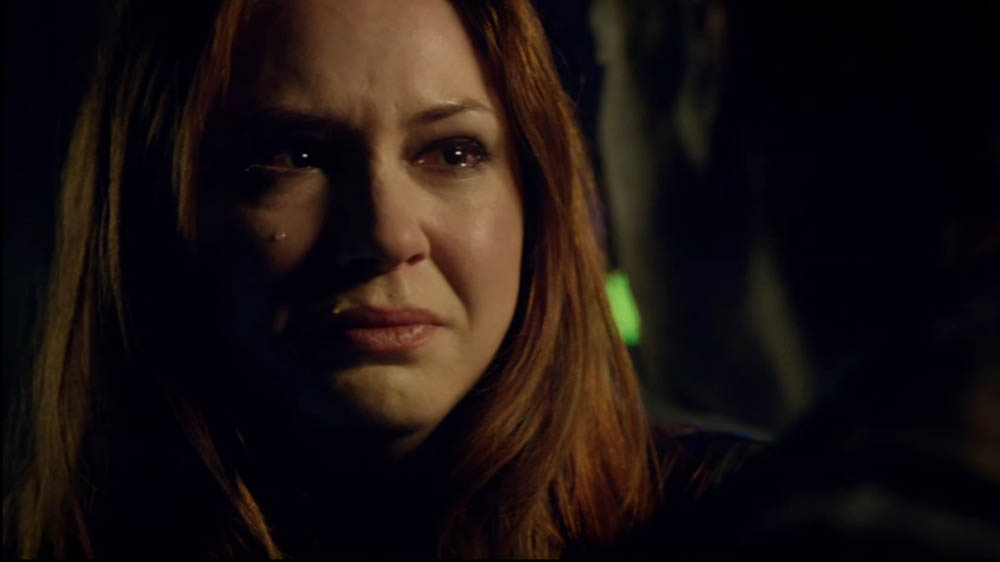 Darvill is wonderfully moving in the scene where he and Amy finally discuss why they were at the point of divorce, but his comic touch will be missed even more when the Ponds finally jump ship later this autumn. His rapid switch of facial expression from coquettish ‘Oh really?’ to panicky ‘Shit, the wife’s here!’ after Oswin’s ‘Come up and see me sometime’ one of many humorous highlights of the episode.

Just as ‘The Eleventh Hour’ was as much about introducing Amy Pond as reinventing the Doctor, ‘Asylum of the Daleks’ is as much about presenting the Time Lord’s new companion as it is about rebooting his ceaseless war with the Daleks – only in a typically sly, Moffat-ish way.

Although a number of the Doctor’s travelling chums have been killed off down the years, Oswin Oswald is the first to have been turned into a Dalek and then blown-up before the Doctor even gets a chance to pal up with her. How this apparent contradiction will be resolved remains to be seen, but Jenna-Louise Coleman’s confident debut performance certainly leaves the audience with something to look forward to when she returns. 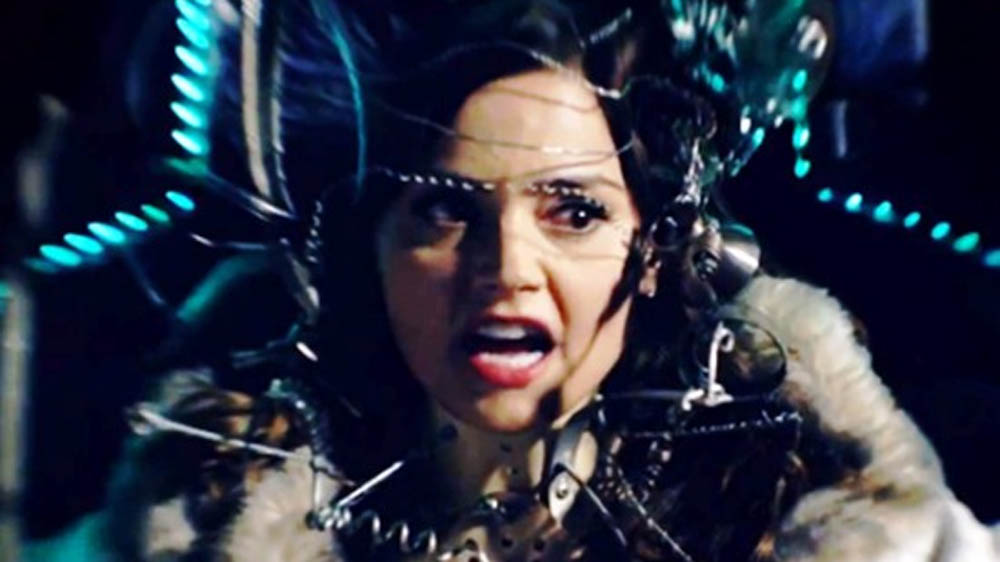 There are shades of a younger River Song’s assured, sassy brilliance in Oswin, only without the romantic tension and unremitting nods to things that haven’t happened yet – although ironically, her surprise appearance is in itself a concession to the future, and she seems to know it.

‘Run, you clever boy … and remember,’ she says, before turning to the camera and grinning. Is this wisecracking, flirty, soufflé-burning, laptop-on-the-sofa-like-the-viewing-public Dalek-defeating genius aware that the Doctor will be meeting her again in the future or past or some timey-wimey conflation of the two? Hard to say, but we certainly do; and however tragically or triumphantly Amy and Rory depart the show, it’s reassuring to know that their place is going to be taken by someone equally captivating.

With an intriguing new companion added to what is already a perfect distillation of everything that’s magnificent about Doctor Who in the Steven Moffat era, the only real fault to be found with ‘Asylum of the Daleks’ is that it may have set the bar too high. After all, how can the rest of the season possibly follow this?

What did you think of ‘Asylum of the Daleks’? Let us know below…