In trying to apply meaning to what’s just a very good family drama, it’s all too easy to over-analyse and get pretentious when reviewing Doctor Who. Especially when the show takes itself too seriously.

But there’s no chance of that this week.

Barely have we stepped two minutes outside the TARDIS and into Robin Hood country when there’s the silliest sword fight in history, a quiver full of clichés, and a joke about the size of Errol Flynn’s penis. There’s really not a whole lot of serious-speak you can apply to that without sounding as churlish as The Twelfth Doctor.

This is ‘Robot of Sherwood’, an episode that is unmistakeably by Mark Gatiss in its execution and which is as pun-packed as its title might suggest. Gosh, it is fun. Incredibly fun. 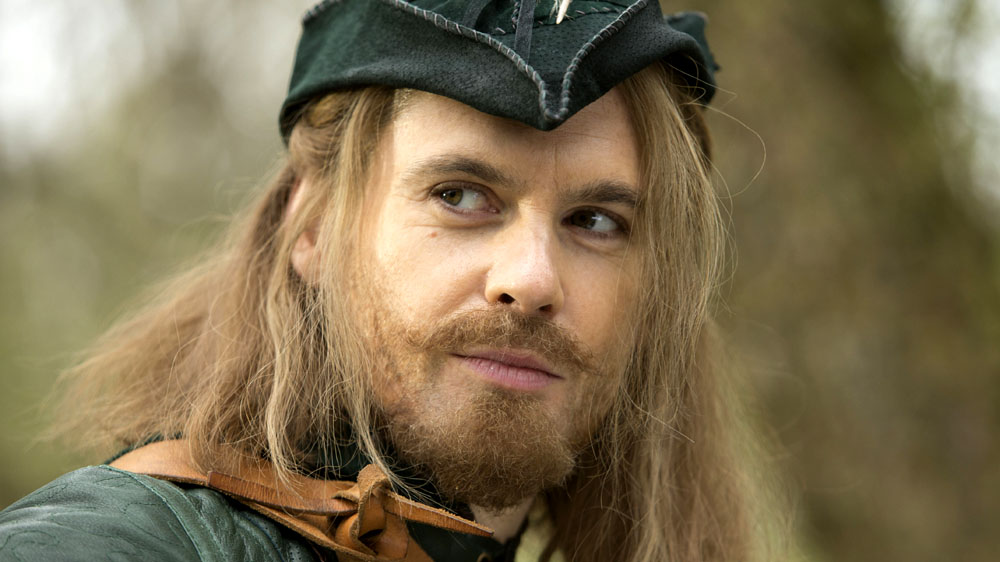 You get so used to Doctor Who being all angst and shadow and portent that you forget it can be something else so very well. It can just be funny: smart and silly and fourth-wall-shatteringly amusing all at once. Don’t over-analyse this one. Think with your funny-bone this week and you’ll have a great time. This is as close as Doctor Who will ever dare come to time-travel comedy, and probably as close as it will come to pulling it off.

No doubt the fans who prefer their Doctor darker will moan, but they won’t be alone, for in the sunlight-dappled forest there’s no bigger critic to the laughs than the ‘desiccated man-crow’ that is The Doctor. He’s the only person not having a good time amid the tick ’em off Robin Hood tropes, and yet it’s when he is the frictional force against the laughter that the episode is at its best.

When Twelve asks ‘Why are you always laughing? Are you simple or something?’ it’s not hard to imagine he represents the cynical viewer, arms folded, who’s adamant that 21st century adventures in Space and Time should be all moral ambiguity and regret. But that’s all part of the joke: Capaldi is the caustic straight-man, the Blackadder to Tom Riley’s thigh-slappingly joyful, Rik Mayall-ish, Robin Hood. 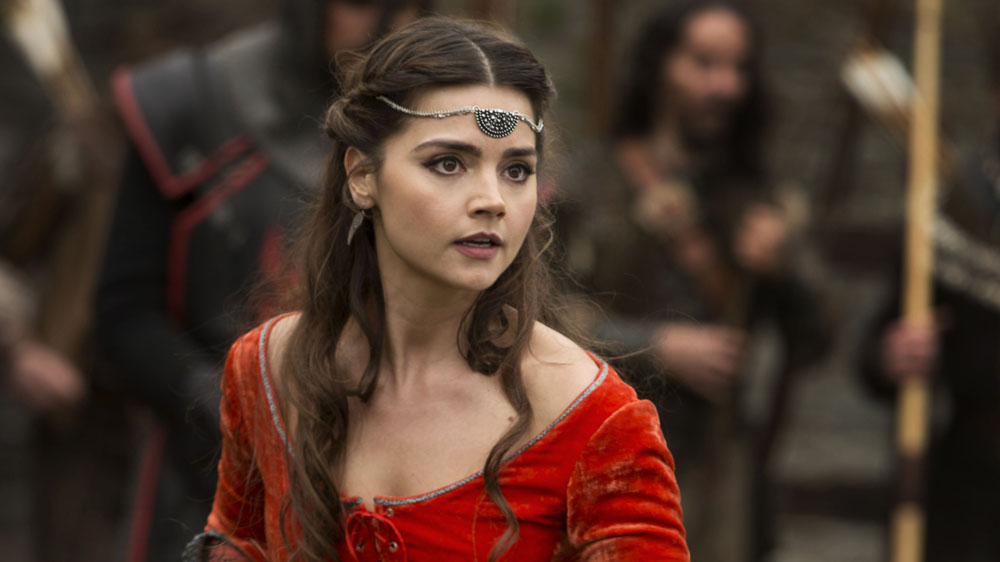 Both Gatiss and Riley succeed in balancing Robin Hood somewhere between caricature and character. Ben Miller’s Sheriff of Nottingham is panto-grade villainy, but when isn’t the Sheriff? No matter who plays the git – Alan Rickman, Melville Cooper, Tony Robinson – he’s always a magnet for boos and hisses and children’s theatre-lobby sweets, just as Robin Hood is a legend to attract applause.

And yet levity is no excuse for laxity. As too often happens under Moffat’s tenure, the villains’ plot is not only paper-thin but a re-hash of the familiar and sadly what would otherwise be a 5-star 45 minutes of fun is punctured by a resolution of pointed ludicrousness. It’s a shame that the most outlandish bit of a superbly comic episode is the part that’s meant to be serious.

Early on The Doctor references in passing the Miniscope from 1973’s ‘Carnival of Monsters’; a device used to spy on creatures in a sealed-off habitat. That’s probably the best way to view ‘Robot of Sherwood’. It is splendid in its isolation: a fun distraction until we move on to next week.