Back in 2007’s Season 3, Steven Moffat submitted the script for ‘Blink’, an episode of Doctor Who directly inspired by a story he had written for the previous year’s Doctor Who annual, which sought to explore the creepy possibilities of monsters inspired by nightmares and neuroses.

Now, seven years later, he’s crafted ‘Listen’, an episode which owes a large debt to ‘Corner of the Eye’, Moffat’s story for the 2007 Storybook, in which strange creatures flicker, unnoticed, out of the corner of one’s vision, making the hairs on the back of one’s neck stand on end, and setting floorboards creaking at night.

But it’s not just ‘Corner of the Eye’ that ‘Listen’ revisits, but many televised stories too. There’s the monster under the bed from ‘The Girl in the Fireplace’, the monster lurking in the shadows from ‘Hide’, and the creepy orphanage setting from ‘Day of the Moon’– all of which elements combine, ultimately, to create a kind of prequel to ‘The Day of the Doctor’.

If you tire of the way in which Steven Moffat’s Doctor Who can sometimes play like a greatest hits of itself, such things will frustrate you. But there’s one notable way in which ‘Listen’ varies the template. Whereas so much Doctor Who in recent years, in its forwards-backwards storytelling, has relied on the assumption that viewers will watch it more than once, ‘Listen’ is made for the thrill of watching it the first time. 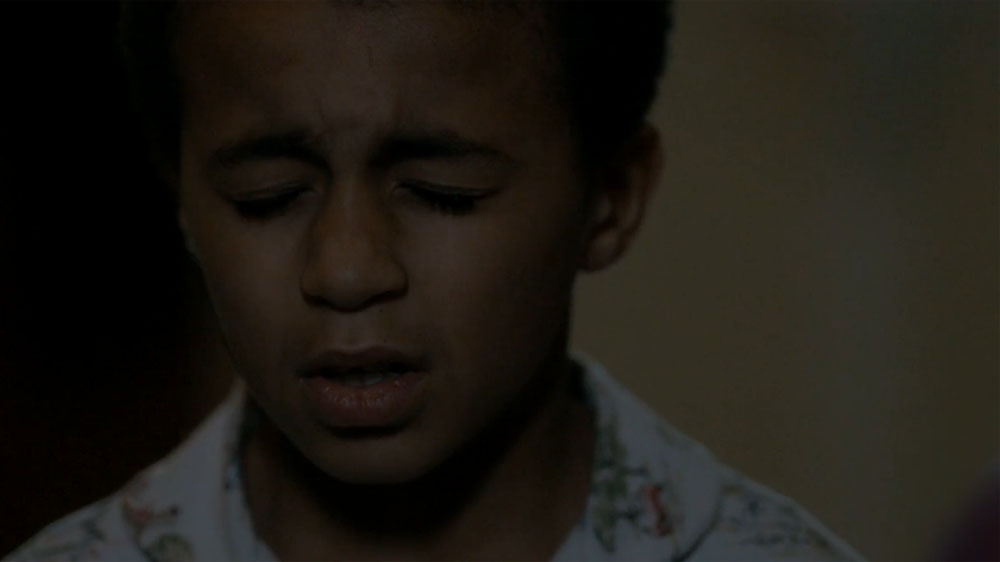 The story invites you to entertain a series of possibilities – that Rupert Pink is Danny’s brother, that the man in the spacesuit is the Doctor, that the boy in the barn is Orson – the rug-pulling overturning of which is what makes the viewing experience. Part of the cleverness is that the episode begins with the Doctor seeking to prove or disprove a series of hypotheses and conjectures, and, in his structuring of the episode, that’s exactly the game that Moffat plays with the viewer too.

There is a typical Moffat interest in predestination paradoxes: the way in which Clara, through her use of the soldier figurine, unwittingly plants in Danny the idea for both his name and his career. By the end of the story, she has done the same for the Doctor: shown him that the best person to ward off the nightmares is the soldier so powerful he does not carry a gun.

Unlike other recent episodes, however, which have played the Back to the Future card, ‘Listen’ does not race through its best ideas at hyperactive speed. On the contrary, when Moffat described the story as a ‘chamber piece’, he was right. Set almost entirely at night, it’s the sort of episode that can only be watched after dark: not just because it’s creepy, but also because if the light reflects off your telly, you’re not going to be able to see a thing. 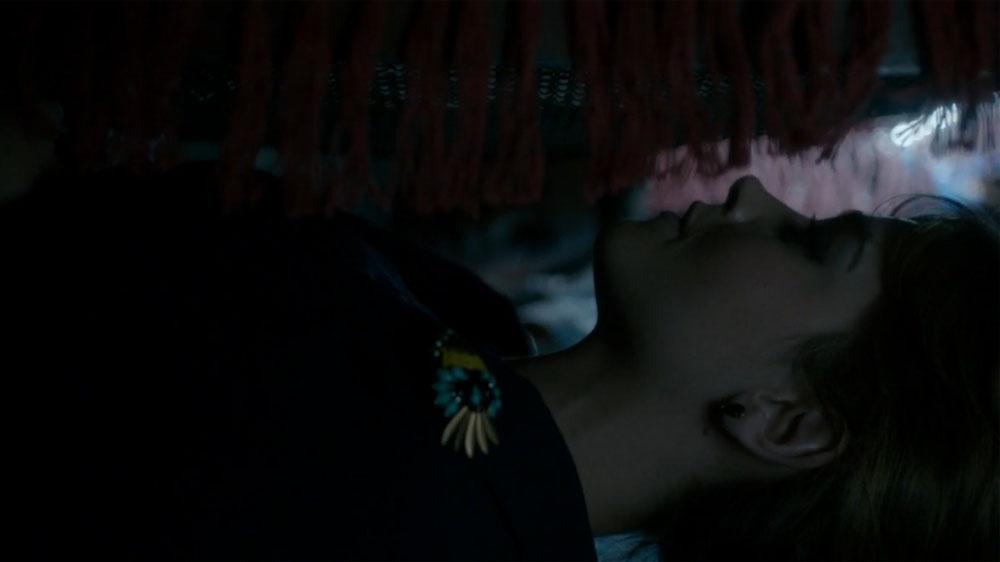 For most viewers, for whom darker is synonymous with ‘more grown up’, this can only be a good thing. Even so, it’s interesting just how much the format of the show changes when you strip it of its usual constituent parts: a gaggle of supporting characters, a monster that is revealed and defeated, a villain that explains the enemy’s plot and motivations…. What we’re left with, without them, is something closer to The X-Files, with a side portion of Sliding Doors.

All the design departments are working at full tilt to bring this one alive. The sound design, in particular, rattles and pulses in all the right places – and has time for whimsy too. There’s a wonderful moment, in the restaurant, when the Impossible Girl theme is cut short by the crash of a wine glass, timed to the moment that Clara blunderingly refers to Danny as Rupert.

By the time we reach the West Country children’s home, visually, it feels perfectly ’90s: the chunky computer; anglepoise lamp; Reg, the night porter, styled like one of the X Files’ Lone Gunmen. If the general air of seediness and absence of responsible adult figures doesn’t screw with child viewers’ heads, then the scene where the bedspread becomes a shroud for the monster almost certainly will.

While this is child-centred drama – and isn’t Remi Gooding great as the young Danny? – it isn’t drama you’d responsibly show the very young. Every tick, and shock, and click-into-place of the narrative is determined to stalk and awaken our most primal nursery fears. (Somewhere, we’d be certain that Missy is pouring the late Mary Whitehouse a cup of tea purely to calm her down.)

But what Mary Whitehouse seemed to never very much understand is that children don’t always freak out at the things you expect them to. Although the obvious horror shot here is of the hand shooting out from under the bed, we’d be willing to bet that there are children – and possibly adults too – for whom the scariest thing in this episode is Peter Capaldi.

Grinning like a sideshow puppet, his voice swooping and grating as he comforts the young Danny, to trust him feels like an act of faith in contradiction of evidence and instinct. Matt Smith’s Doctor was, at heart, a big kid himself. Capaldi’s is a nursery terror. 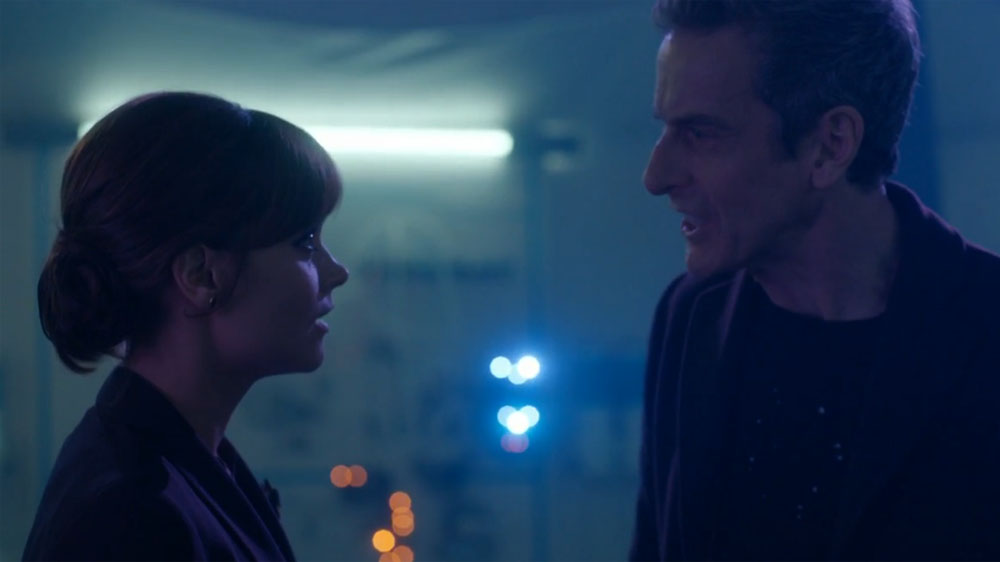 So, not for the first time this season, it’s up to Clara to be the grown-up. By the time she creeps her way up into the hayloft, she has got the hang of the twistiness of the plot, asking ‘Rupert? …Orson?’ But Moffat has got one last poker move to play. We have been in this barn before.

‘Listen,’ says Clara, and the word now comes with the softness of a bedtime story. Nursery fears are lulled away. Clara blindside-hugs the Doctor; Clara and Danny finally kiss, and, all the while, a boy in a barn learns that fear doesn’t have to make you cruel or cowardly. ‘Fear makes companions of us all,’ says Clara, and when she does, she unwittingly quotes a strange, unearthly man in a forest of fear over 100,000 years ago.

There may be people who don’t like this: people for whom the image of the child Doctor growing up in a house ‘with the other boys’ contravenes their personal head-canon; people who grow tired of Clara entering the Doctor’s past to play a pivotal role in shaping his future. But they’d be wrong. This is beautiful storytelling. 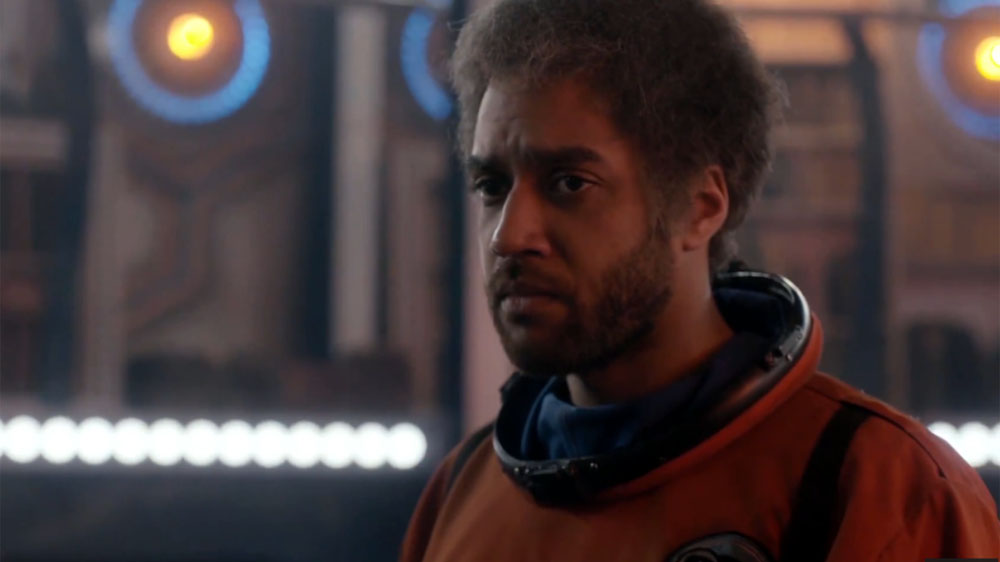 If ever we’ve been quick to criticise Moffat’s Doctor Who for being all head and little heart, this is where the two meet. It’s Moffat writing as a dad, with the gentleness of a dad, as much as he is writing as a fan, with the kind of tender sentiment that comes from growing up with this particular hero as your role model.

That is the triumph of this episode – not that the pieces thud together at the end, although they do, but that in an era when Doctor Who is written with cleverness and brazenness and cheek, this one is written with love.