This is our Doctor Who series 10, episode 10 Eaters of Light review. There are plenty of spoilers here, so if you want the non-spoilery version click here.

Stop me if you’ve heard this one before.

The Doctor, Bill and Nardole chance upon a conflict between two warring armies in a remote place. On one side are the marauding, militaristic invaders; on the other are the seemingly more primitive yet more brutally effective natives. Together with sympathetic members of each side, the Doctor and Bill, initially separated from each other by circumstance that involves falling down a hole, work to forge an accord that bonds the two sides together by recognising their mutual similarities, and the day is saved peacefully.

Suffice to say, ‘The Eaters of Light’ is an interesting follow-up to last week’s episode, since they contain an elevator pitch that looks exactly the same on the surface. What’s interesting, though, is how the two near-identical premises diverge, creating two episodes that don’t look or sound anything like each other. ‘Empress’ was the classic, slightly campy Who take on the concept, complete with clunking aliens hissing about and moustache-twirling bad guys. ‘The Eaters of Light’, on the other hand, is a poignant and defiantly small-scale fable with an unprecedented selection of Scottish accents. 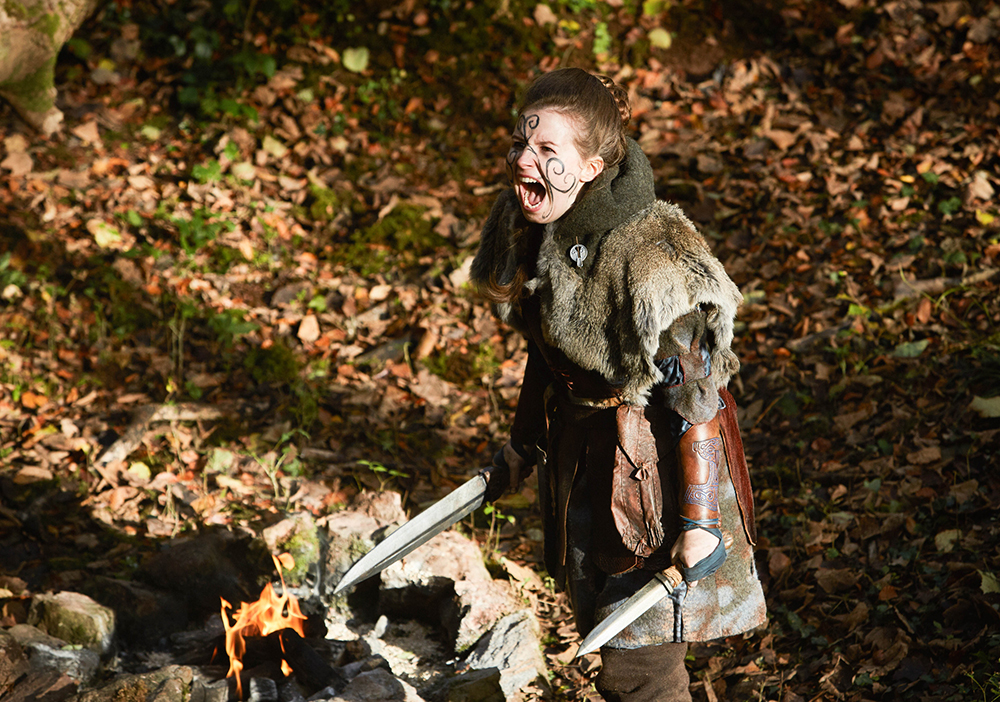 One of the most interesting things about ‘Eaters’, especially in comparison to the more traditional ‘Empress’, is that it aims to subvert the grand connotations of its premise at every turn. It’s quiet, melancholic, and though the whole of Earth is nominally at stake, it feels consciously confined to that windy Aberdeenshire countryside untouched by the developments of the Roman Empire.

There’s nothing more summative of the episode’s approach to its story than the fighters who populate it. ‘The Romans’ and ‘the Picts’ might summon fearsome images of mighty armies, but here, they’re just scared kids, barely out of their teens.

The youth of the armies is the touchstone for ‘Eaters’. Last week presented polished soldiers accustomed to war, and played visions of conflict relatively straight. ‘Eaters’, however, shows its conflict for what it is; an ugly and messy misunderstanding between two groups of people far too young to get involved. The two sides are guided by fear and misconceptions drilled into them by their elders. 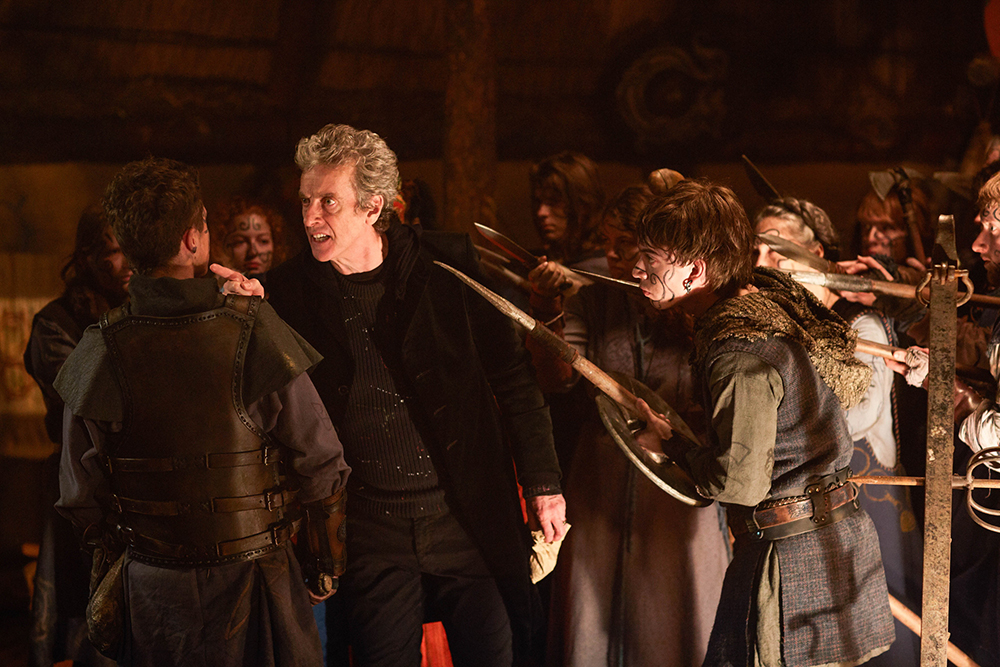 It’s a poignant idea, and ‘Eaters’ uses it well to explore the futility of conflict in the face of an overwhelming common enemy. The scene where their language barriers are suddenly broken down, is a touchingly observed moment of first contact between species who have never thought to communicate and perceive the humanity of their enemies. It’s like a speed run of Arrival, only a bit more Scottish.

That means there’s a lot more nuance to the guest cast than last week’s collection of archetypes allowed. There are no thoughtless and jingoistic warriors here, and ‘Eaters’ succinctly established pathos for a great deal of the Romans and Picts in its first half.

Rather than jingoism, there’s just different shades of scared peeking out from behind the crumbling façade of a fighter, such as with Pict leader Kar, whose ‘terrifying savage’ act holds up for about three seconds before revealing the truth of her fear, or with the nervous bravado of ‘Granddad’ Roman Lucius [played, fact fans, by Brian Vernel – aka Bala-Tik from The Force Awakens, or “tell that to Kanjiklub” man. This time, ironically, though he is surrounded by Scots, his accent is very English – Ed]. Indeed, his nonchalant open-mindedness about sexuality is the episode’s best-observed joke.

Admittedly, no-one is quite three-dimensional here – it’s not easy to delineate between all the supporting figures, for instance. Yet ‘Eaters’ makes us feel for these people, and conditions us to recognise the common humanity of the two armies despite their stated goal to tear each other apart, which is a task that so many episodes of this kind have tried and failed to do. It’s here where the Doctor Who pedigree of Rona Munro, writer of Seventh Doctor story ‘Survival’, comes in handy; recognising that brevity and economy of style is imperative to establishing a compelling set of guest characters.

The worn experience of The Doctor

‘Eaters’ also finds a little more for its main cast to do than ‘Empress’ allowed, albeit in similar roles. Bill’s rapport with the Romans is a fun one, as they evidently have no idea how they should regard someone like her. Once more, she’s the woman in a crowd of men who has the clearest view about the situation and the best plan for resolving it. 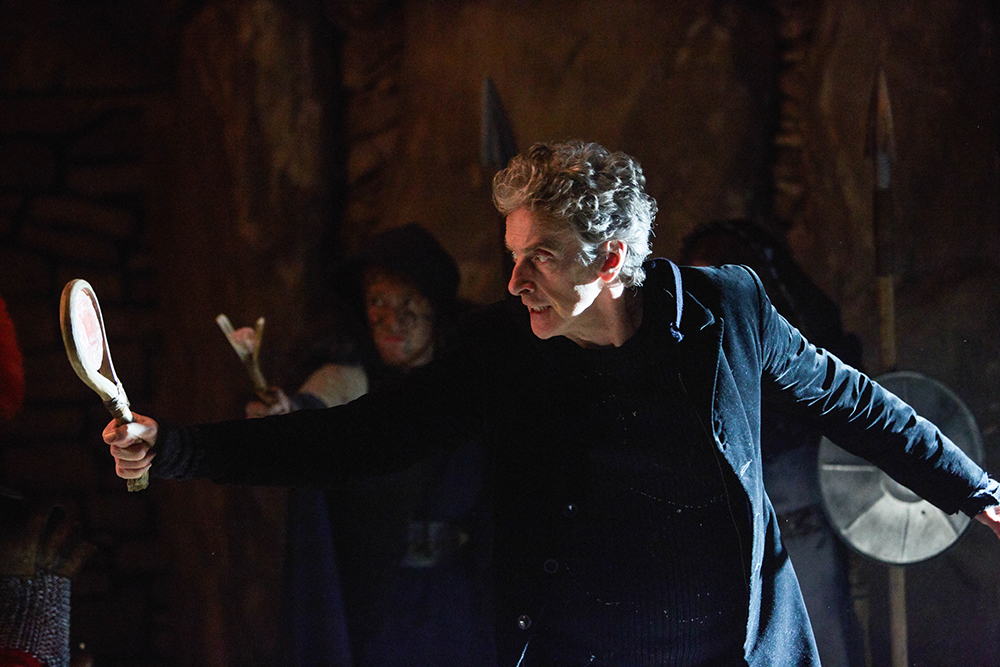 Bill’s character development into someone who is able to emulate the leadership of the Doctor in her own, more empathetic way has been Series 10’s most satisfying through-line. More so than the haphazard journey of Missy, I’d assert. ‘Eaters’ sees her take another satisfying step forward from her brief role as a hostage negotiator in ‘Empress’.

Though ‘Eaters’ sees a more progressive role for Bill befitting of her growing confidence, the episode does feel like it’s been ripped from that early run of standalone episodes that attempted to build the show from the ground up for new viewers. A lot of that comes down to how it presents the Doctor.

As he was in those early episodes, the Doctor is much more of an observer than usual, lacking the emotional attachment to the conflict that Bill can form. As a result, he fills a more archetypal role here. ‘Smile’ and ‘Thin Ice’ foregrounded universal aspects of his character such as his heroism and capacity for violence, but ‘Eaters’ finds an archetype more specific to this Doctor: the grumpy Scottish parent, frustrated at the unruly kids who surround him.

It’s a role that suits Peter Capaldi well, and the worn experience of the Doctor of the grim realities of conflict makes him a thematically interesting participant in this particularly unconventional and unglamorous conflict. ‘Eaters’ also finds a good way to flip this portrayal on its head at the climax, as the Doctor assumes his role as the patriarch taking care of the situation, only to be shut out of his own sacrifice by the people who have a real emotional investment in this fight; the Romans and Kar, the Pict leader.

It’s an emotionally satisfying pay-off to the conflict between the armies. What’s more, the climax plays as a more effective re-run of ‘Lie of the Land’, where the Doctor was also unable to save the day. 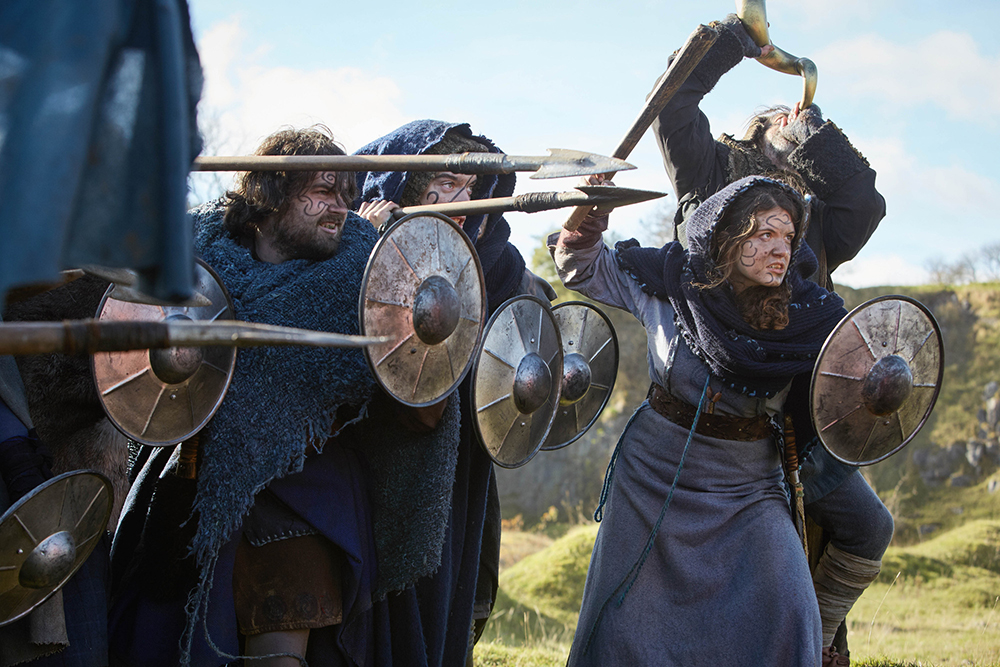 A little bit too slight

Though ‘Eaters’ is a satisfying and emotionally involving instalment in so many regards, it has a major flaw; it’s a little bit too slight. The abbreviated nature of the episode is striking; it’s barely 35 minutes on the clock when the Eater of Light is driven off and the day is saved, with the rest taken up with the obligatory wrap-up and an extended slice of set-up for next week with Missy.

As a consequence, ‘Eaters’ plays as a kind of two-act play as opposed to the usual three acts of an episode. It spends its first half establishing all the players on the board, but then moves quickly towards the attempt to capture the creature and forge a truce between the Romans and Picts.

It feels like a strange complaint to make. Usually, the complaint with standalone episodes is that there’s too much going on, and that it would have worked better as a two-parter. Here, we have the curious issue of an episode that’s under-stuffed.

A clear casualty of this is the monster. An adequate, if cheesy design is channelled into a blandly evil creature with a blandly evil agenda and no depth as to its motivations. It’s a placeholder thrown in so the heroes can run away from something, and it’s extremely difficult to ever feel any tension from its appearances, as it exclusively picks off peripheral characters with a name and one character trait. The lack of depth  feels like a surprising oversight in an episode that seems to have time to spare.

This does feel like an author’s vision accomplished, so it’d be wrong to suggest the episode was brutally cut down in editing. Nonetheless, it’s hard not to wonder whether a fuller version of ‘Eaters’ with more complexity to the story existed somewhere in development, and whether that depth would have turned a good episode into something special. 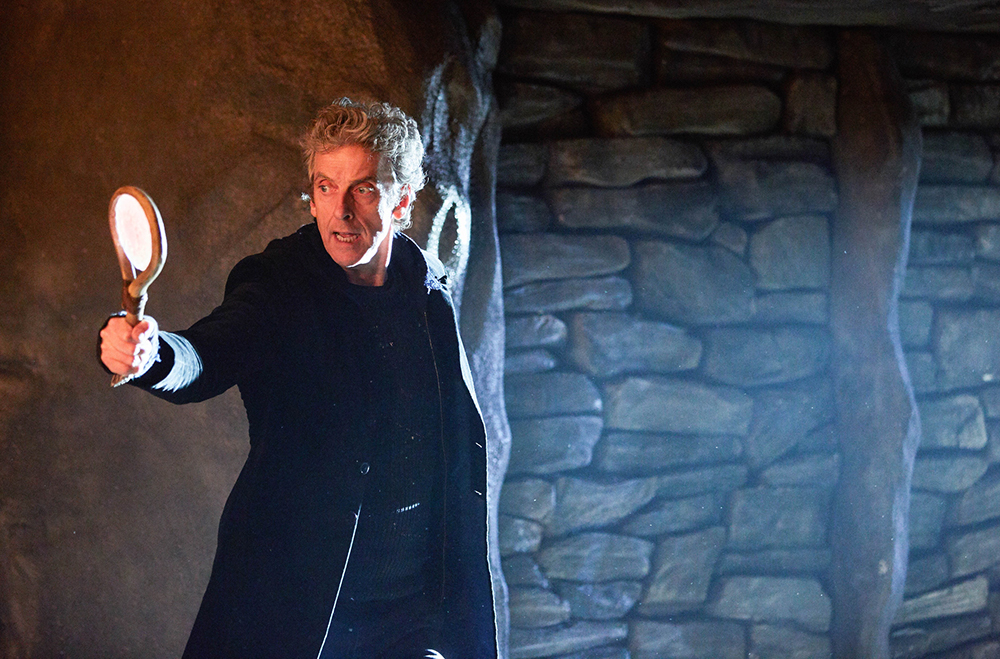 Missy and The Doctor

Despite its slightness, ‘Eaters’ does have a very important function to fill, which is leading into the two-part finale by returning to the arc of Missy’s redemption that’s gradually moved to the forefront of this season’s ongoing concerns despite lacking any earned narrative progression as Missy has just jumped from bad to repentant with no real connective tissue in between those states. ‘Eaters’ doesn’t fix those problems, but it finally makes something dramatically compelling out of the story with its final scene.

The tension between the risky hope of her goodness and the grim, but comfortable, reality of her playing the long game is evidently going to be the key conflict in these last episodes for Missy and the Doctor. Capaldi and Gomez capture that dichotomy extremely well in their scene together, as it’s never clear just which level these characters are operating on. Are they attempting to out-manoeuvre each other? Is one tricking the other? Or are they, for once, being completely and utterly honest? Thankfully, I’m intrigued now to see where this goes.

‘Eaters of Light’, as it goes, is a curious episode – entertaining and emotionally complex throughout, but always feeling as if it were one bold choice away from greatness. While the solidity of ‘Empress of Mars’ came from the comfortable thrills of it, this episode reaches a similar standard by aiming higher and not quite doing enough to reach it. That’s more frustrating, but also, in many ways, much more interesting.

And it certainly looks as if next week is set to provide excitement and surprises by the truckload. If ‘Eaters’ was a wholesome but insubstantial snack, then ‘World Enough and Time’ seems to be a selection box with every flavour of treat imaginable.

Missy! Giant spaceships! The phrase “it’s a Mondasian Cyberman”, uttered with more gravitas than you ever thought possible! A Mondasian Cyberman: the alien, not the name! And then, breaking out from inside the embargo, John Simm’s Master! However this goes, it’s not going to be dull.