The episode opens as the family accepts Henry Talbot’s invitation to view him race at Brooklands. Lady Mary is attracted to him, but we see storm clouds begin to gather.

The Dowager Countess is still licking her wounds after Cora’s replacement of her as President of the hospital board. She decides to use the family’s trip to Brooklands as her opportunity to slip away and sail for the south of France until she cools down.

Miss Cruickshank has invited Isobel to her wedding to Larry Merton. Isobel refuses to attend, saying that “I’d feel like the wicked fairy at the christening of Sleeping Beauty.” The DC agrees and promises Isobel one last favor before she goes. “Why don’t I pay a call on her to see if I can wicker out the truth?”

Wicker out the truth she does. Miss Cruickshank plans to unload the aging Lord Merton onto Isobel. The DC remarks that Isobel must now decide if she can abandon the poor man to his greedy and selfish children. 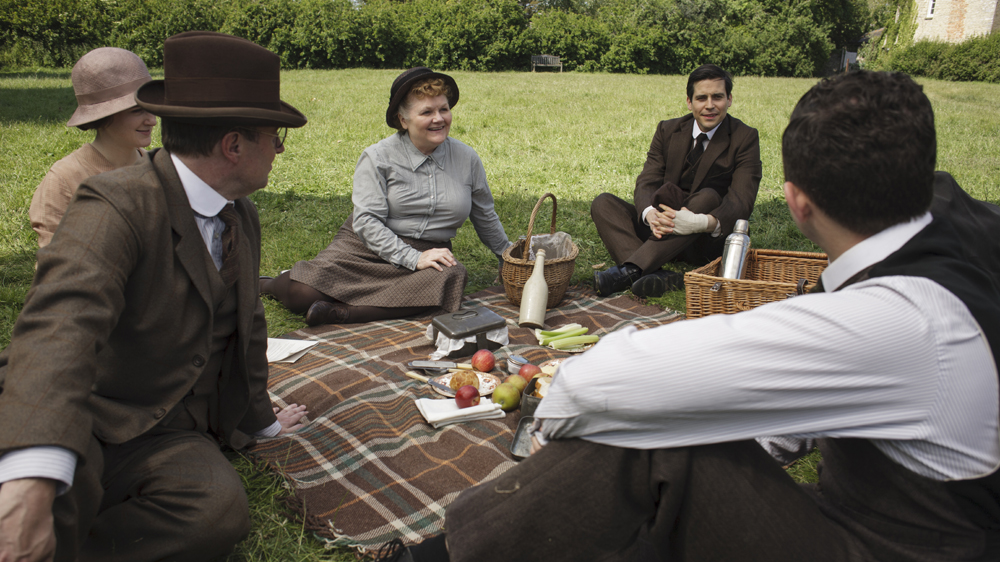 The staff enjoys their free time while the family is away. Mrs. Patmore looks in on her newly-opened bed and breakfast, but an ominous looking man skulking in the shadows makes us uneasy about its prospects.

Mr. Carson suggests another dinner at home and this time Mrs. Hughes and Mrs. Patmore cook up an experience for the fastidious Mr. C. Mrs. Hughes appears with a bandaged hand and cheerfully instructs him in cooking—and cleaning up—their meal. Mr. Carson is soon flitting about the kitchen, burning his hand and gaining a deep appreciation for the role of cook and bottle washer. Victory for team Hughes/Patmore.

Daisy and Mr. Mosley both sit their exams. In one of the most heartwarming scenes of the series, Mr. Dawes tells Mr. Mosley that he’s done better than most Oxford graduates and offers him a teaching position at the school. 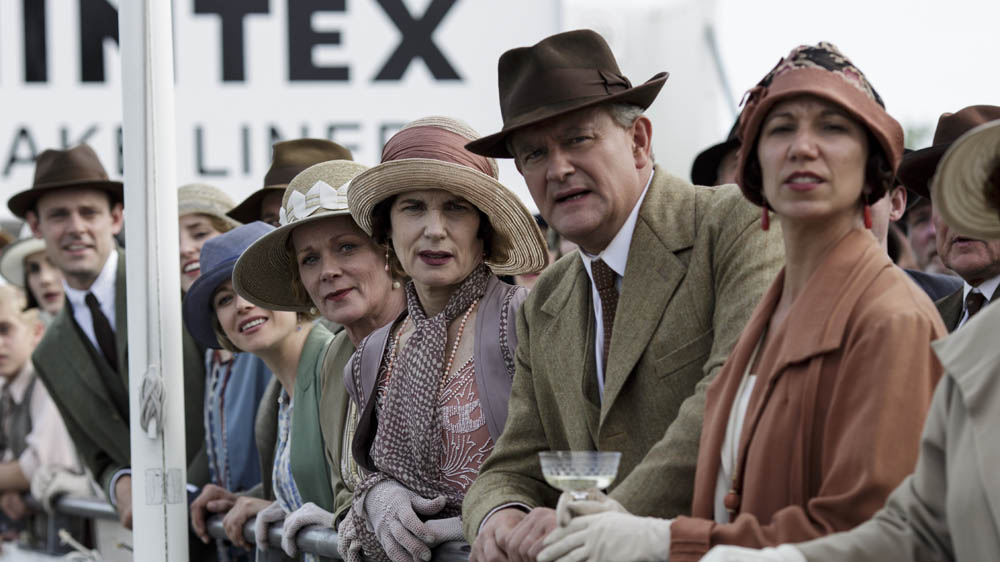 Mr. Barrow, however, is not treated to a happy ending. At least, not yet. Mr. Carson presses him to find a new position and he doesn’t appear to have a friend in the house, except for Mrs. Hughes. She kindly advises that he might be happier elsewhere. Our hearts break when he replies that “This is the first place I’ve found where I’ve laid down roots.”

Bertie Pelham joins the family at Brooklands and the beautiful day turns tragic when Talbot’s friend and competitor is killed in a racetrack crash. Pushing his luck, Talbot presses Lady Mary about their future and she finally delivers the fatal blow, assuring him “I want you to have a long and happy life. Just not with me.”

Lady Edith, however, has a much different experience with her beau. Pelham asks her to marry him, saying that “If love is allowed to weigh in the balance, I’ve got plenty of that.” Lady Edith requests a little time to think about it and we suspect she’s working up the courage to tell him the truth about Marigold. 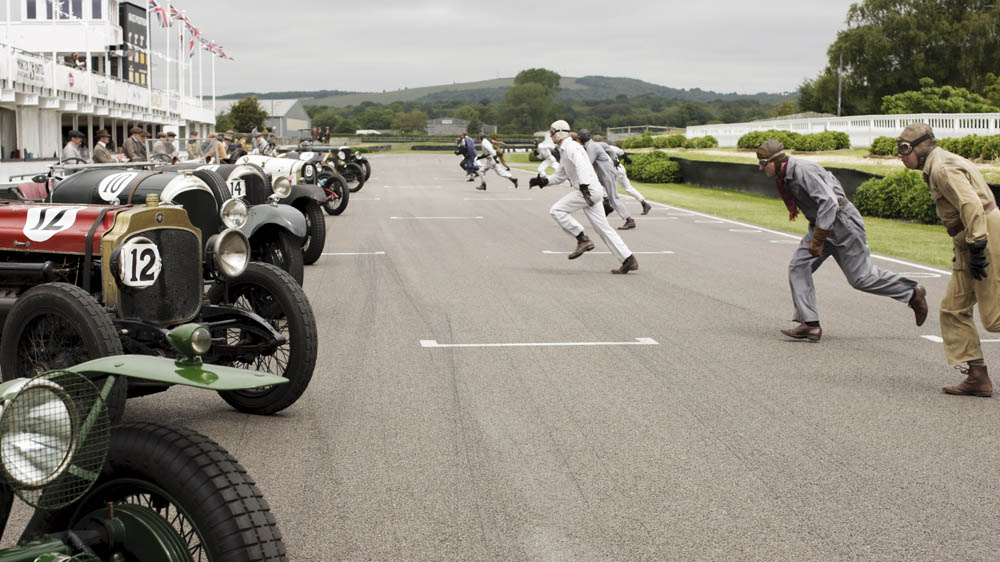 The DC has the last word—as she always does. The family returns to the Abbey to find Isobel in the library with a letter and Spratt downstairs with a surprise from the DC.

Lord Grantham makes his way to the servant’s hall to find a squirming puppy waiting for him. He could not be more delighted and we are touched by a mother’s knowledge of her son’s needs—even if he’s well into his middle years.