As it turns out, scattered Wildling bodies seen from atop the Wall look like squashed ants; or perhaps more appropriately, King Lear’s flies, killed for sport by cruel gods.

It was with this wonderful visual that Jon Snow’s battle to save Castle Black came to an end, and the finale of Game of Thrones’ fourth season kicked off; a fitting opener for an episode tinged at every turn with death and rot.

Ygritte’s body burnt on a pyre, her red hair darkened in death; Gregor Clegane’s poison-ridden body festered on an operating table; the charred corpse of a three-year-old girl fell to pieces in her father’s hands. And of course, Tywin Lannister – a man of immaculate standards, untouched by scandal – died squatting over a toilet, his prostitute companion strangled to death in the next room.

Eschewing the calm-after-the-storm setup that final episodes of previous seasons have gone in for, ‘The Children’ started with a huge event, the surprise intervention of Stannis Baratheon’s army at the Wall, and barreled through the remaining fifty minutes like a runaway Wildling giant.

Perhaps it was seeing the episode on the big screen – we were treated to a finale screening at the National Theatre, courtesy of Sky Atlantic – but there was a distinctly cinematic feel to proceedings, each scene building to a huge revelation or conflict (and in some cases both).

This was an episode in which not a single word was wasted and every character fought tooth and nail for something vital, be it Cersei for her children, Tyrion for his vengeance, Brienne for her life, or the Hound for his death.

Then there were the breathtaking visuals, handled boldly by director Alex Graves: the Baratheon army sweeping through the Northern wilds, Daenerys’ dragons screaming as their mother left them chained in a cave, and – of course – the extraordinary fight sequence involving Bran, an army of undead skeletons and a mysterious fire-throwing girl, culminating with the revelation that Bran might not walk again, but he would certainly fly.

Though high on fantasy this was also an episode for gritty reality. The intuitively brilliant meeting between Arya and Brienne – the only two women in Westeros better suited to an armoury than a parlour – led to the most triumphantly constructed sequence of the episode. In a season that brought us the Mountain vs the Viper, it was the fiercely brutal fight between Brienne and the Hound that really blew us away.

Starting normally enough, their swordfight soon descended to desperate, savagely fought fisticuffs, Brienne screaming bloody murder as she struggled to stay alive. In the end it was the Maid of Tarth who had more to live for, and the Hound – the most sympathetic antihero of this season – who had to face defeat.

Though it was hard not to feel shortchanged on Arya’s cold reaction to his demise after all their time together, it was altogether believable. The ultimate irony here, of course, is that in the end Arya took her long-promised vengeance against the Hound by refusing to take his life.

Of course, what most people will be talking about, and the event that will have the clearest influence upon the next season is Tyrion’s murder of Shae and his father. With Tywin dead and Tyrion absconding from King’s Landing, it is hard to say what lies ahead for the Lannisters. And as one family breaks down, it seems another rises from the ashes. 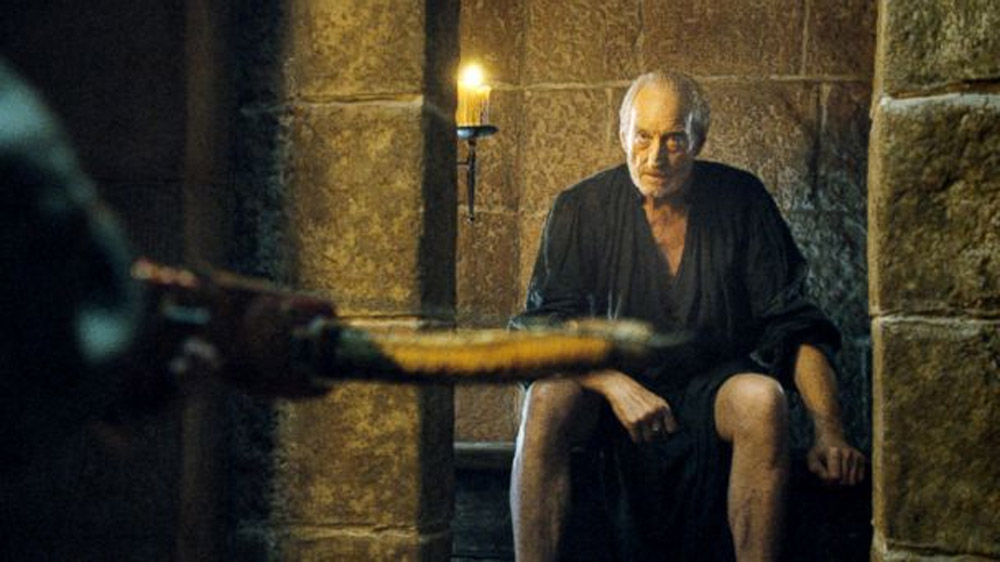 As we watched Arya make her passage across the sea to Braavos, we realized that this season has been all about how the remaining Stark children – despite being dispersed across land, and now sea – have taught themselves how to survive in this brutal world.

There is a long wait for the next season, but who knows, there might finally be some justice for the Starks at the end of it.