It’s the not knowing that really gets to you.

All that uncertainty builds up; an increasing tension that grips you tighter as you watch people sweat and stammer in those merciless interviews, until you only realise how tense you are when you laugh at Maneet’s terrible ‘I’ll try and get you a lead’ joke. Not because it’s funny, but because it’s simply an excuse to release some of the stress in you before it ramps up again.

Boy does Line of Duty ramp. And ramp, right up to gory new levels for the show. 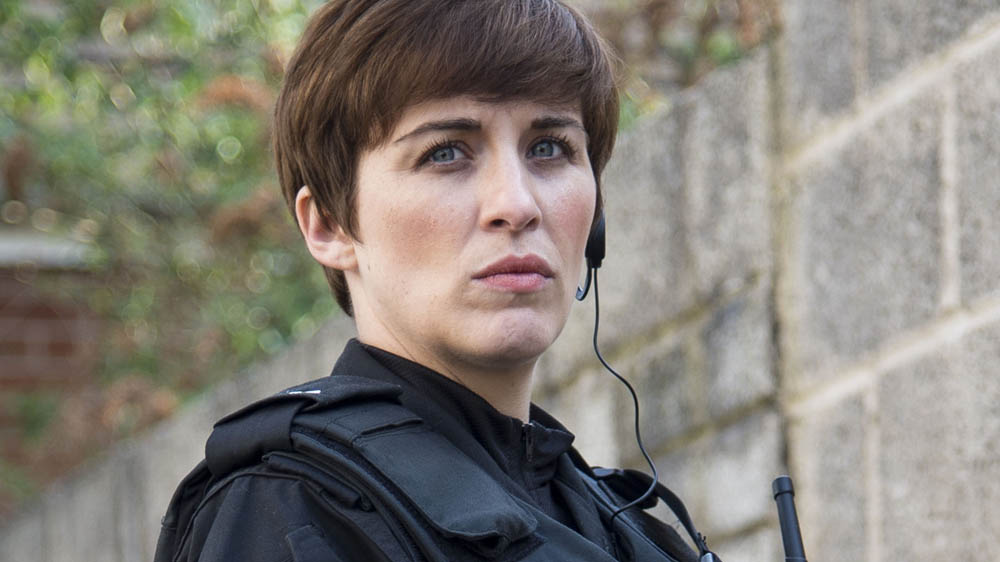 There was a bigger than normal, CAPS LOCK ‘thou shalt not’ warning about spoilers with the screener for this week, which means that something juicy is going to happen. Caps lock, Del Monte, levels of juicy. JUICY. And JUICY it is, but the juice is all misery and suspicion and tension, like some kind of evil nectarine, or the last peach bought from the back of a van in the covered market, or a lemon endorsed by Donald Tru…no, no sorry, I’m just listing fruit now.

As we all half-guessed last week, writer Jed Mercurio pulled the seat out from under us and reiterated the cruelty of this show by killing Danny. As a eulogy for this character I’d say Line of Duty was Daniel Mays’ greatest performance to date, but he was also on The One Show last week, convincing us he was in the whole season while graciously putting up with Matt Baker enthusing about a swan landing. Either way, the man deserves a BAFTA. 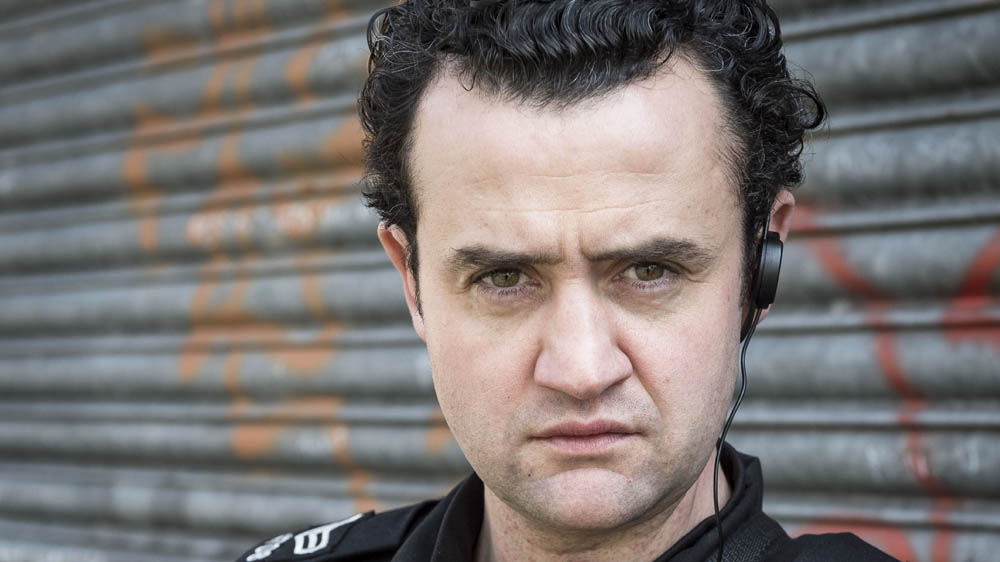 Mays is such a terrific character actor that it’s a shame to have him gone. So good is he that he’s now more noticeable by his absence; leaving a mutilated corpse, a SE7EN reference, and a very important piece of paper behind.

A lesser show would rely entirely on his talent. But Line of Duty is so good, so confident in being good, that it isn’t afraid of killing excellent actors off. Never has been. It shock-kills one excellent actor and then it replaces them with another. Line of Duty is the paperwork-beleaguered constable’s Game of Thrones.

Not only do we lose Mays but we also say bye to Will Mellor (a shame – but this and Broadchurch prove his talent), as Rod Kennedy hangs himself after a heated discussion with Hari. Rather than enlighten us, their argument only raises more questions about the team dynamics at play before Episode 1, and what they – Rod, Hari, Jackie – did wrong. 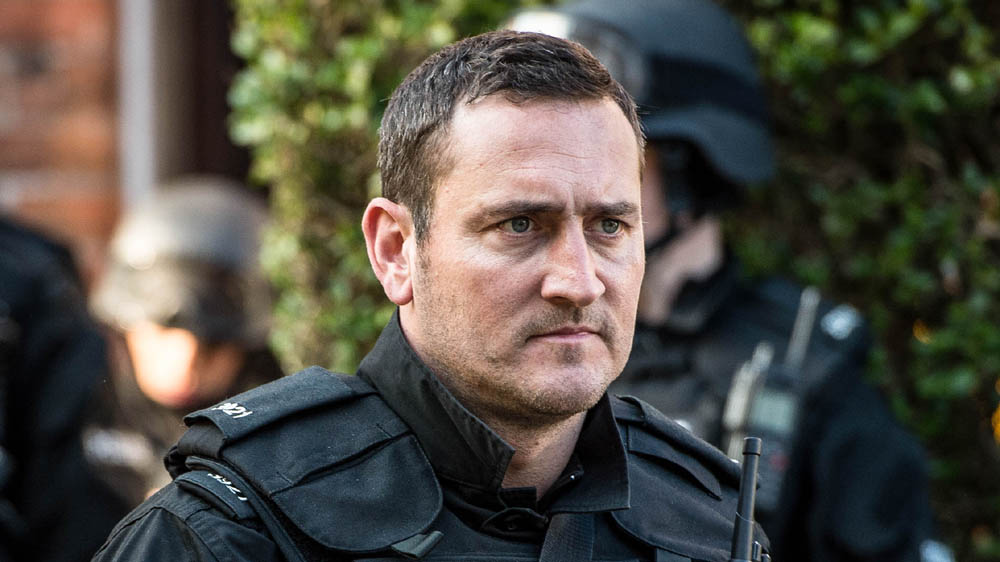 Though Rod’s suicide (if it’s really that…) may seem like an extreme action, it makes perfect sense in the grander theme of the show. Earlier he mentions a recurring fear in Line of Duty: ‘Prison is no place for a copper.’

It’s what caused Lennie James’ DCI Tony Gates to throw himself under a lorry in Season 1, and no wonder. We saw what happened to Lindsay Denton last season (kettle-hands and ‘poo-ridge oats’).

Say, what is Lindsay Denton doing these days?

Line of Duty kills off one excellent actor and replaces them with a new one, and unless Ross Poldark scythes butt naked, or Cthulhu himself rises from the depths of the Marina de Gloria during the Sailing in the Rio Olympics, then Lindsay Denton’s return is the best surprise of the TV year. It’s a drama bomb. 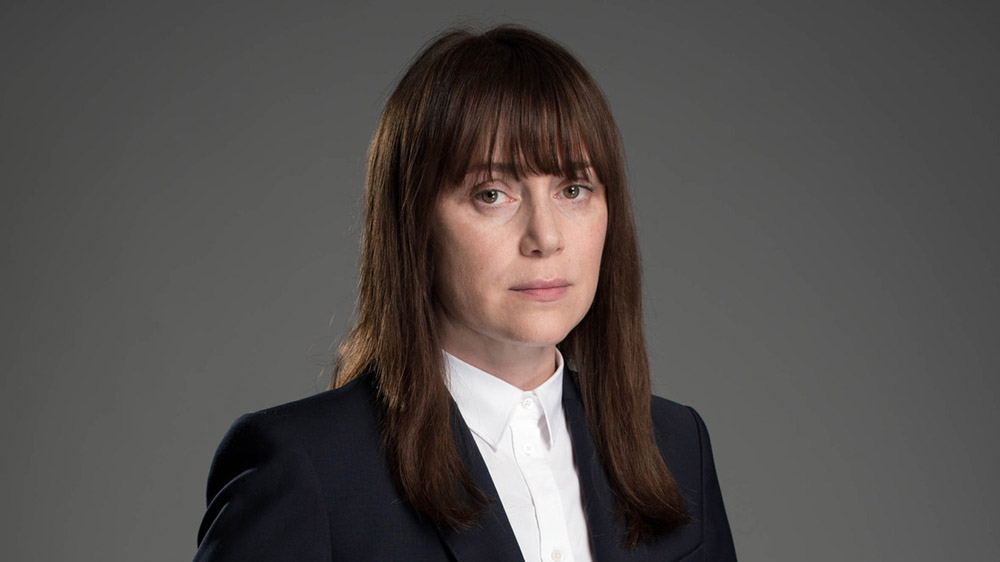 There’s probably a German word for the mixed emotion of Denton’s surprise entrance. It is an unbelievably cheering sight to see the absurdly talented Keeley Hawes. But it’s bad news for AC-12 and particularly DC Steve Arnott, who finds his new relationship threatened by Denton’s appeal hearing and the accusations within it.

Jed Mercurio’s writing is so tight that if you’ve never seen Line of Duty before and don’t know of Denton you’re quickly caught up. All the necessary information is concealed in court testimony, and while the court sections lack the drama of the interviews, and feature the tired trope of the ‘panto-snark’ barrister’, they’re an effective catch-up without slowing the story.

As if you needed reminding, she’s as dangerous foe as in Season 2, even going so far as to rehearse the tears for her accusatory testimony. In a show where so much is already explosively uncertain, the atmosphere so febrile, she’s a new unstable element.

All that not knowing just got a lot more stressful. Suddenly I feel the need for another terrible joke from Maneet…