It doesn’t quite have the high profile of a Sherlock special, or the sense of occasion of yet another final ever Lewis.

Nevertheless, ITV’s Midsomer Murders must be doing something right to now be embarking on its eighteenth season. Less than a minute in to season opener ‘Habeas Corpus’ there’s a death – and we feel instantly back on familiar territory before the titles have even kicked in.

Maybe it’s the programme’s unshowy, slightly low-profile nature that is its charm. There’s no ingenious ‘mind palace’ analysis or trick camera work but it does have a great sense of comfortable reliability. For example we’re always sure of a high body count, normally a three death minimum, often before the end of the first hour. (Midsomer Murders – it does exactly what it says on the tin.)

Unshowy reliability is a trait also displayed by the lead, DCI John Barnaby expertly played by Neil Dudgeon. Barnaby combines good old fashioned police work with a real sense, rare for a TV ‘tec, that he’s not revelling in all this carnage at all and would much rather be at home.

But it would be wrong to underestimate Barnaby just as it would be wrong to underestimate Midsomer Murders, and as we should probably expect after nearly two decades the show still manages to keep at least one twist ahead of the audience. Like all the best Whodunnits part of the fun is trying to unravel the mystery ourselves as the clues are presented. But we (or at least I) rarely succeed. 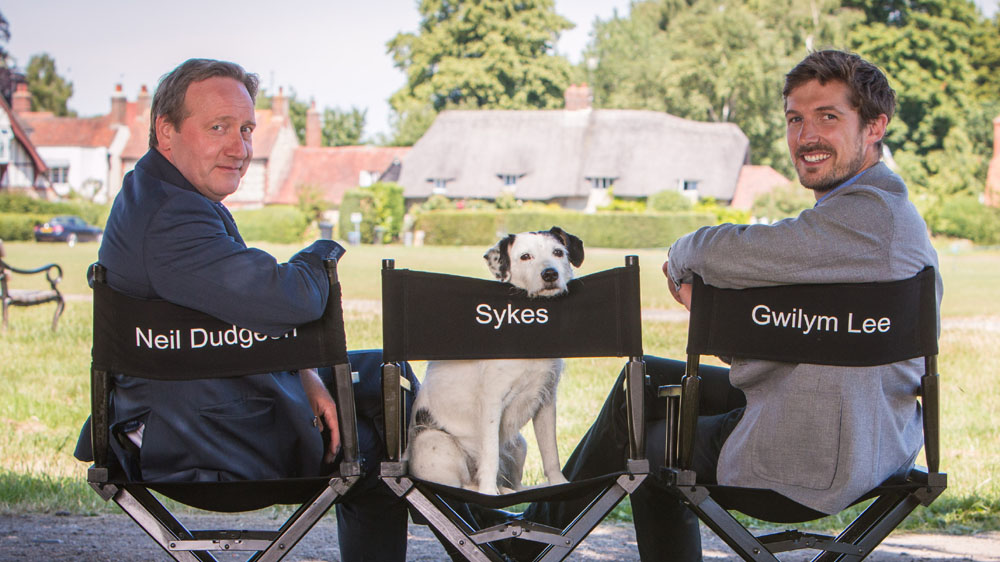 The reddist of this week’s herrings are the unlikely duo of Country Doctor Isaac Vernon (Joseph Mydell) and Local Undertaker Caleb Southwood (Clive Merrison). The pre-titles death is certified by the Doctor. The body dug up from the churchyard just before the first ad break was buried by Caleb.

To the wily TV audience the fact that they seem so obviously involved actually makes it clear that they’re not, but the joy is in then pursuing the subplot to a satisfactory conclusion. (I’m not convinced real policework operates on this ‘double-bluff’ principle by the way.)

In fact what Isaac and Caleb are engaged in is a well-intentioned but misguided (and also illegal, which is where Barnaby comes in) endeavour to allow people to have the burials they want. Caught red-handed on the verge of placing a deceased fisherman in to the local lake (“Eric Jenkins loved Devil’s Lake… it’s where he wanted to be when he died”) Caleb nostalgically recounts (aka confesses to) various past missions (aka offences): “There’s a surprising number of people who request a Viking-style send-off.”

Back to the main plot though and this week we’re treated to two unusual twists on the norm. The first is the novelty of a reducing, rather than increasing, body count. That is to say, although death is not in doubt, the bodies keep disappearing.

The first is taken in between the pronouncement of death and the arrival of the undertaker. A second body is removed from its grave. And (to meet the show’s standard quota) the third body, of local tree surgeon Craig Coffley, is briefly found dangling from his harness beside a bloody chainsaw, before then being found to be missing!

For a change it’s not just a Whodunnit it’s also a Wherearethey? 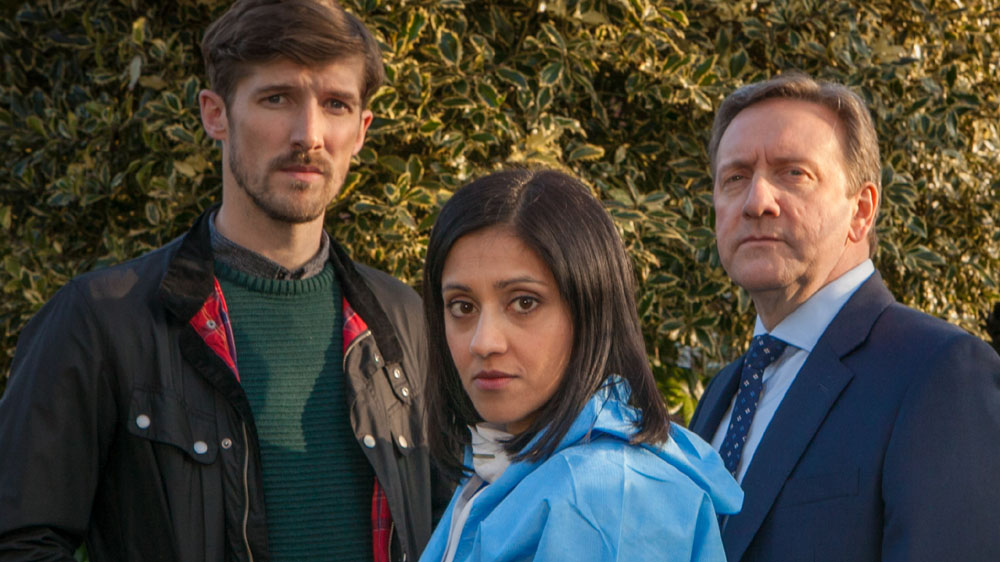 The second twist, in the final reel, is that Craig is not dead at all. Nicely played by former Primeval actor Ciarán McMenamin he never really gets on the suspect radar at all (and certainly not after we think he’s dead) but he is in fact responsible for all the shady body-snatching goings-on as a way of misguidedly trying to revenge the death of his brother…

…although it does mean that as the end credits roll, and at the risk of prosecution under the Trades Descriptions Act, this particular Midsomer Murders does not feature any actual murders at all. Now that really is a twist I didn’t see coming!

Never fear though. With a longer-than-usual run of six episodes I’m confident the victims will be well into double figures before the end of the season.