Hold on to your cocoa. Sunday nights just put on a tricorn hat and got sexy.

Or perhaps ‘sexy’ isn’t the right word. Barring an almost Carry On reference to rural copulation, there’s no hint of carnality, yet Poldark is a drama which radiates an irresistible hormonal power through every glance across the salty Cornish undulations.

Even considering the broadcaster’s past historic knicker-wrinklers such as Moll Flanders and Tipping the Velvet, Poldark may be the sexiest period drama the BBC has ever produced, such is the pent-up passion and frustration that’s roiling beneath the tricorn hats and whalebone corsets.

Everything about Poldark is sexy, attractive. The visual manifesto is made clear early on, as Being Human’s Aidan Turner, aka ‘Ross Poldark Version 2.0’ (ask your mum about Robin Ellis), stands on the Cornish cliffs and stares out at a sunset sea, in a shot so beautiful you may think it was filmed in oil paints.

Last year’s nationwide subtitle test, Jamaica Inn, made Cornwall look cold and furious. Poldark is so artfully shot that it imbues the coast with the kind of vibrant warmth that makes a viewer want to strip off and dive in.

Set against this 18th century ‘Visit Britain’ ad, swoon-magnet Turner is Ross Poldark, the soldier returned home to find his father dead, his estate in ruins, and his sweetheart Elizabeth (Heida Reed) now engaged to his cousin Francis. Mondays, eh?

Turner is a commanding lead, with a resonant tone that demands the ear, and a smouldering presence. He imbues Winston Graham’s dashing rogue with passion and gravitas, and his moral character appeals to modern sentiments, as austerity Poldark tightens his belt and makes sacrifices to keep his home and support his workers, all while being sneered at and plotted against by the financial bogeymen of the 18th and 21st century, bankers. Someone tell Ed Miliband this is on, he’ll eat it up.

Turner is at the top of a superb and often windswept cast. Eleanor Tomlinson is a magnetic presence as the twiggish firebrand Demelza Carne, a feral and beautiful challenge for Poldark. Jack Farthing manages to make George Warleggan unappealing without resorting to ‘boo-hiss’ caricature. Considering she is given little to do but look uncertain and longing, Heida Reed succeeds in keeping Elizabeth from becoming a mere plot point in a dress. 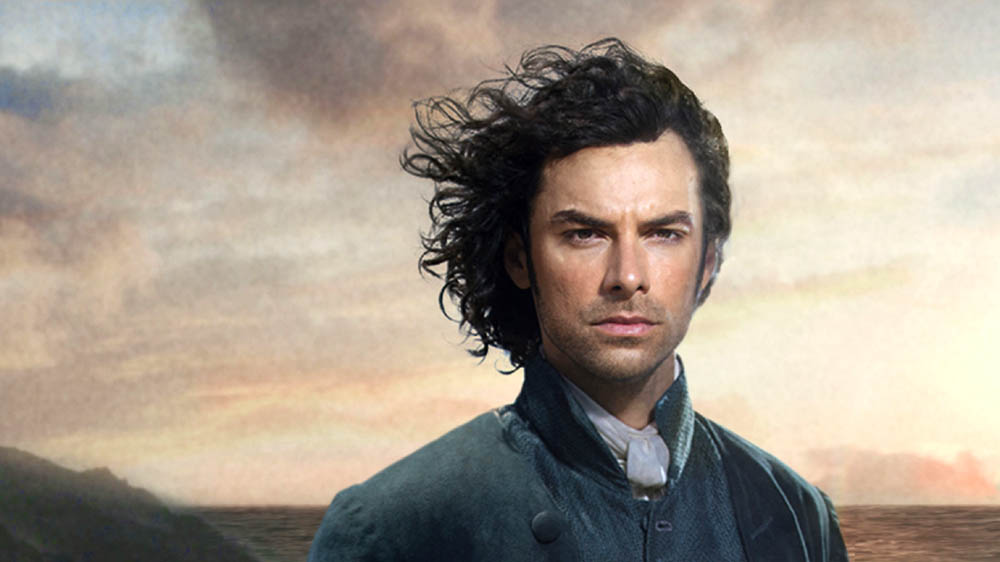 Poldark’s thwarted romance with Elizabeth is a classic stiff-upper-lipped affair; neither too overwrought, nor underplayed. And just as you start to worry our hero is softening, a brutal fight scene, choreographed for maximum impact, reminds us that Ross is a fighter as well as a lover.

Writer Debbie Horsfield has made him a man for all seasons, and just as our eponymous hero is easy to fall in love with, so is the entire show.

For those of a certain age, Poldark is a remake with much to prove. The 1970s adaptation was globally popular. Comparisons will no doubt be made, but this new eight-part series will not be left wanting.

Poldark rides again, and it makes for terrific, sexy viewing.