The truth slowly starts to emerge in this week’s Prime Suspect: 1973 and apparently the only thing anybody is interested in, is helping Julie-Ann Collins.

As we suspected last week, it was her father who fitted locks to her room in an attempt at ‘cold turkey’. Trying a somewhat different tack, we learn that her Rehab clinic nurse has been supplying her with a much superior quality of drugs than she had been getting before, out of concerns for her health. I suppose it’s a point of view, but before we get bogged down in the ethical implications, Julie-Ann is still dead – and not from the drugs.

As for the police, maybe ‘help’ is the wrong word but they are certainly determined to bring her killer to justice. I just wish they’d get a move on! Having let suspect Eddie escape in part one, they are still looking for him now. Last week was mainly concerned with hunting down a dealer who might have been sheltering Eddie but wasn’t, and it’s much the same this week when they track down another likely dealer, via his sister (who is in fact the nurse at the Rehab clinic and therefore yet another dealer).

The cops are putting such effort into finding Eddie, that I almost don’t have the heart to point out that the audience saw him last week, face down in the river. So not only has his status as Prime Suspect gone out the window, I don’t imagine him being much of a witness now either. 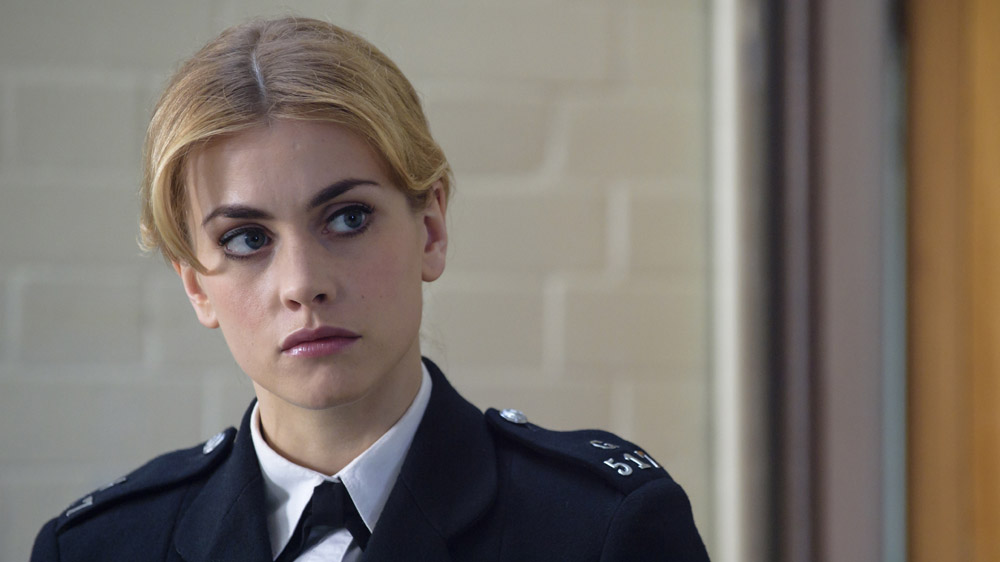 Prime Suspect: 1973 is based on Lynda La Plante’s novel and maybe the ‘Russian doll’ series of dealers in the quest for Eddie is a big part of it. But taken solely as a TV piece, has what might have been a pacy four-parter ended up as a slightly ploddy six-parter?

Maybe… but let’s not get too despondent just yet. When the cops eventually find their dealer DS Gibbs (Blake Harrison) gives him a vicious beating, and a shocked Tennison witnesses it. She may be resigned to the institutional sexism, but I can’t imagine she’ll be happy to turn a blind eye to this. So there’s the prospect of some dramatic confrontations to come next week.

On the other side of the law, the criminal fraternity is making much better progress, and this week Alun Armstrong’s Clifford Bentley not only gets out of prison, he also gets into the wiring system for the bank’s security grid. He’s no cuddly cockney villain though. From his thinly veiled threats towards the café owner, and the savage way he turns on his wife when he thinks she’s spent his nest egg, it’s clear that he’s little more than a thug.

Nevertheless he’s a thug who will presumably be robbing a bank next week, which should also help up the ante – and it’ll hopefully give the boys (and girls) in blue something else to do rather than track down yet another drug dealer of the week.