What’s the virtue in telling a story backwards? Is it to challenge an audience with something new? Or merely to disguise a story’s simplicity with narrative turvy-topsyness? Or – and come on, we’ve all had it flash through our heads – is it really just a way to present yet another murder mystery in an already crammed corpse market?

Rellik is a concept-driven drama, and a spellchecker’s nightmare, from the makers of The Missing. On paper – and no doubt while talked about on a beanbag at Broadcasting House – it sounds like an intriguing twist on the all-too familiar police procedural: watching a crime unfold by travelling backwards through it rather than plodding from evidence bag A to evidence bag Z.

In an age when your telly has seen more dead bodies than a coroner’s slab, Rellik‘s likely enough of a wrinkle to draw you in for a look. Presumably they used killer spelled backwards because if they’d used ‘manslaughter’ the title would have looked like a Welsh village, and if they’d reversed ‘murder’ people might’ve tuned in expecting a drama about a prize-winning horse that solves crimes.

But does such a concept help the show, or make you wish for the straightforward crime-solving action of Red Rum, PI?

We open at what we presume is the end, or at least close to it, with a grim pre-title sequence dripping with religious themes. There are Satanic red lights a-shining; the ‘O’ on a petrol station’s HELLO sign flickers enough for you to notice the Hell part of the word; a statue of an angel in the pouring rain (you might say the Heavens have opened…); a graveyard with a neon cross, and the fact that our protagonist (Richard Dormer) is named Gabriel but has a face more like a fallen angel. 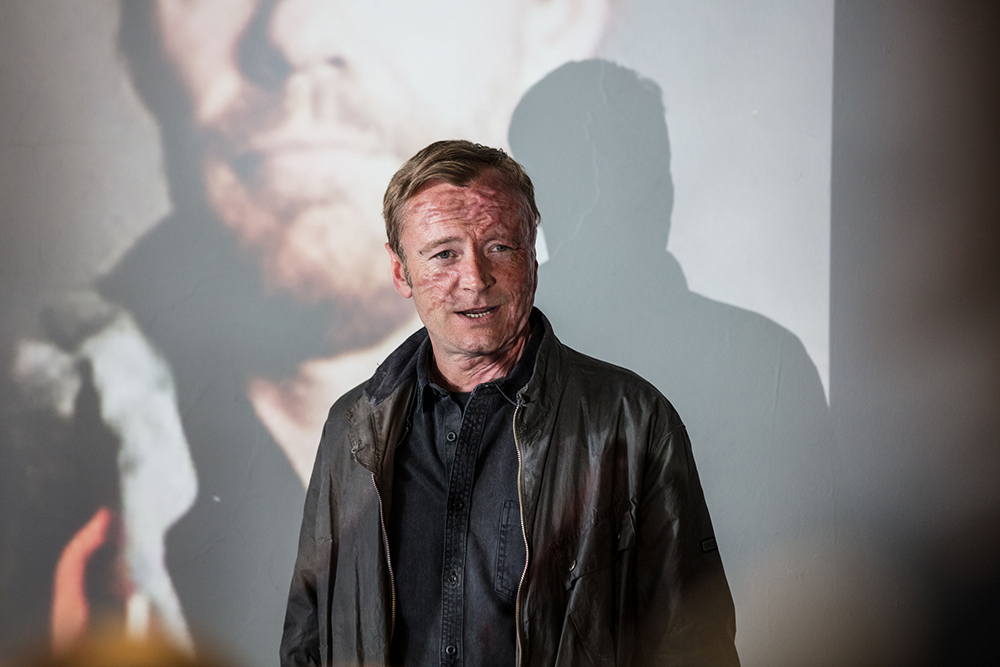 DCI Gabriel Markham (Richard Dormer) is our protagonist, a copper left with a face like a Deadpool make-up test after an acid attack (lately a crime that is all too often in the news). It’s an act of violence linked to the case he’s investigating. Conflict of interest, what conflict of interest?

All the ecumenical imagery in the first few minutes fizzles away as soon as we begin our first rewind. A schizophrenic prime suspect believed to be responsible for a number of deadly acid attacks is shot by police, and suddenly everything goes in esrever, sorry, reverse, to 10 hours and 28 minutes beforehand.

The case – find the acid attack killer – seems grim and simple. It appears we’ve seen its conclusion in the first few minutes, but the further we go back, the less clear cut what we’ve seen so far becomes.

That’s Rellik‘s chief trick: presenting us with a scene that we can infer about, then changing or challenging our assumptions when it next rewinds to several hours beforehand. For instance, the two male cops having a scuffle in the office at first seems to be a personal disagreement over a case, or maybe a woman, but is later (or should that be earlier…?) revealed to be because they’re in a relationship and tensions about their status are arising between the pair.

Likewise, Gabriel’s sexy car time with colleague DI Elaine Shepard (Jodi Balfour) is eventually revealed to be an affair that his wife knows about. Bit by bit, and entirely in reverse, we’re introduced to Markham and the crime that has helped deform his entire world. On first thought it seems impressive, but really it’s nothing we couldn’t have found out in a forward momentum of plot. 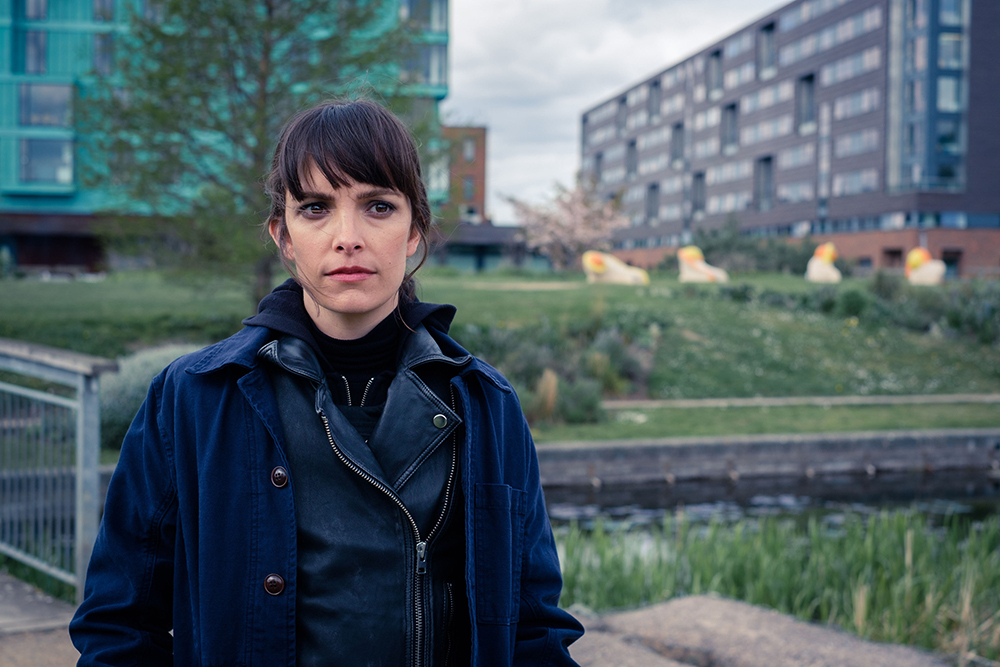 It works so far, and is also used to introduce us to suspects in a novel fashion (it’s got to be Paterson Joseph as the big bad, right?), but as a dramatic trick I can’t see it being sustained over a further 5 weeks. Beyond its time-turning structure, Rellik’s first hour is a competent, appropriately dour, but uninspiring crime drama.

There’s plenty of time left to turn back that opinion, however.