Here’s our review of Ripper Street’s season 5 episode 3, ‘All The Glittering Blades’. Spoilers ahead!

And now for something completely different.

Ripper Street’s final season had seemed to settle into a comfortable groove in its portrait of the cat-and-mouse game between heroes and villains in Whitechapel with its first two episodes, setting up a complex situation for the remainder of the season. Rather than continuing on in that vein, however, ‘All The Glittering Blades’ takes a left turn into very different territory; a mark of this season’s newfound creative freedom.
Almost all of the players on this season’s chess board are placed in the background here. Instead, we get an hour that puts focuses squarely on Nathaniel, ostensibly the season’s main villain.
It’s refreshing to see how different in tone and feel Ripper Street is here. The mostly rural setting, and the much lower stakes, make for a somewhat serene instalment that slowly burns its way towards an explosive act of violence in the final five minutes.
Nathaniel, despite committing the horrific acts that have catalysed most of the events of the past couple of seasons, has never really fulfilled the archetype of a villain. His murders are borne out of instinct as opposed to design, but it’s still a tough task to make him as a genuinely sympathetic protagonist as he’s presented here. Nonetheless, the experiment works.
A great deal of that is down to Jonas Armstrong’s quietly impressive performance that conveys a deep well of sadness and isolation without ever resorting to showiness. Equally, the episode’s deliberate pacing, that slowly establishes Nathaniel’s loneliness before unfurling an opportunity for human connection means that we can get into his headspace of desperation for comfort, and understand the lapses of judgement that lead to that final encounter in the cottage.
‘All The Glittering Blades’ is most successful when it’s exploring the complexities of Nathaniel’s relationship with his brother. It’s one of genuine love and kindness, forged out of incredible hardship as a child and the reality of the dogged investigation carried out by Reid, but as the episode shows elsewhere, even unconditional love can become toxic in the wrong circumstances. 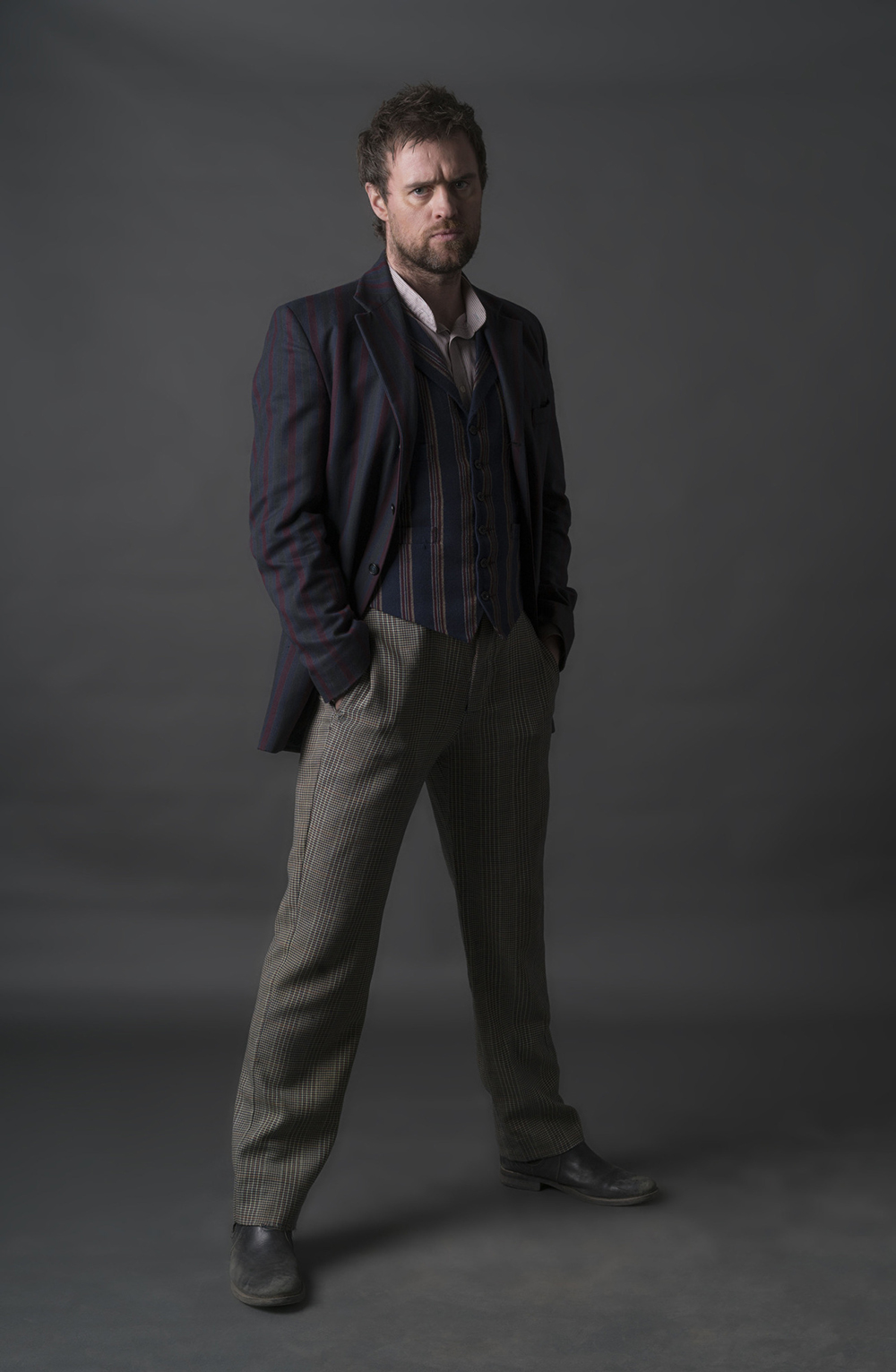 For all of Dove’s big shows of understanding, his perception of his brother is on the level of Reid and co; a violent beast who must be shielded from the world for fear of the damage he could do. He’s entirely unwilling to accept the idea that Nathaniel is an actual human being capable of normality.

The dynamic between Killian Scott and Jonas Armstrong is compelling to watch, showcasing their bond while teasing out the complexities of their relationship in how different their demeanours and outlooks on life are shown to be. 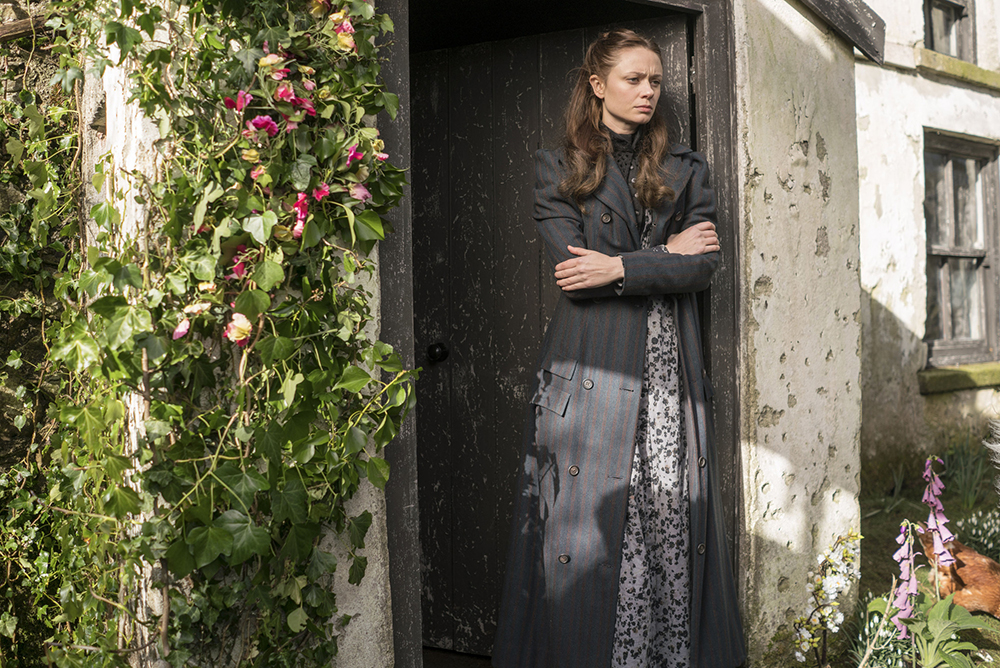 The other main thread of Nathaniel’s story, his romance with eel businesswoman (they were everywhere in Victorian times!) Prudence, is more conventional in its framework of the gentle and kind woman who turns out to be the victim of an overbearing patriarch. There are times when this causes the episode to slip into cliché, like with the Shine scenes last week. For the most part, though, there’s an empathy and warmth to this story, established by Maeve Dermody’s sensitive performance, that makes it involving nonetheless – a beacon of calm within the grit and blood that defines Ripper Street.
Yet the story of Prudence and Nathaniel is fundamentally untenable. As Nathaniel’s bond with his new friend grows, so does the margin of risk as he heads into Whitechapel and tangles with Prudence’s abusive brother – so by the time that they actually consummate their relationship, the opportunity for peace in Nathaniel’s life has been replaced with a giant powder keg waiting to go off.
And, sure enough, it goes off in a harrowing confrontation where events spin out of control with sickening rapidity. The sight of blood gushing from Prudence’s brother’s gaping wound is startling after an episode where barely a drop is spilt, a reminder of the cruelty of the outside world as it comes rushing back in.
We’ve seen Nathaniel hulk out before, but after an episode that so carefully establishes empathy for him, and offers a viable alternative to a life driven by bloodlust, it hits hard. The nihilistic outcome of Nathaniel forcibly accepting his true nature and falling back into the arms of his brother is, even for Ripper Street standards, a hopelessly bleak way to go out, but a fascinating change in direction for the season.
Nathaniel’s story is so accomplished that, when the episode checks in elsewhere to service some of the other ongoing plotlines, it noticeably slows down. There’s nothing intrinsically bad about Drummond’s promotion, Shine’s opium habit, or Reid’s ongoing frustrations, but they feel like a distraction – busywork in an episode that feels looser and more comfortable to narratively experiment. 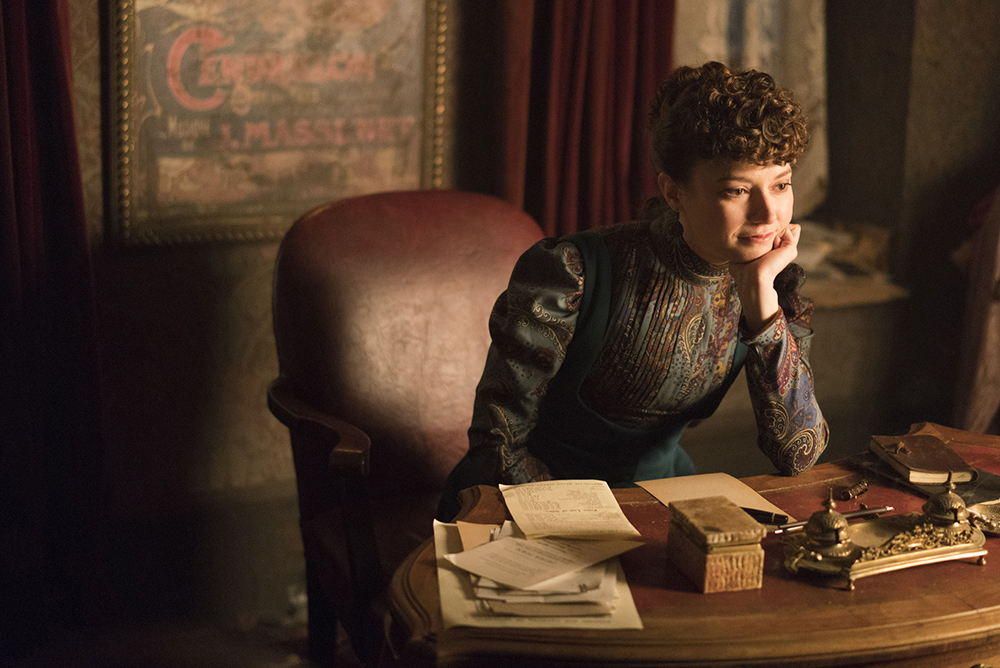 It’s interesting to see that a lot of these scenes were preserved for BBC Two, given how much the episode needed to be cut down to fit an hour slot (the Amazon version runs at 74 minutes). Perhaps the episode would have been even more effective if it had checked out of Whitechapel entirely, and told the entire story through Nathaniel’s perspective. 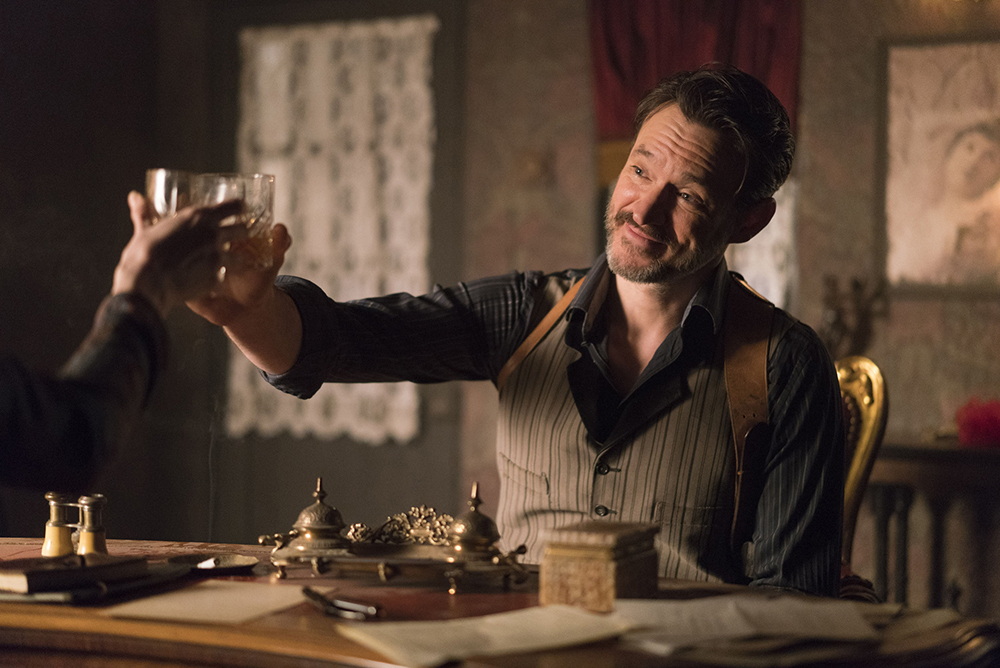 Nonetheless, ‘All the Glittering Blades’ is a real achievement for Ripper Street – a precise slow-burner of a tragedy that proves this show’s versatility in telling quieter, more human stories alongside its central vein of hard-boiled Victorian crime drama. It’s an episode that forces us to see the season’s ‘hunt for a killer’ in a drastically different light, and one that will no doubt send the final three episodes careering off in a new direction entirely.