Every now and again, the BBC takes a gamble on a show that may prove to be just a little too Marmite for the audience.

Airing in a rather telling 10.45pm Wednesday night slot in summer, SunTrap is one of those shows.

Opening episode ‘Look Who’s Talking’ revolves around comical investigator Woody (Facejacker’s Kayvan Novak) who, after being falsely accused of a crime against the Queen herself, flees to Spain and seeks out refuge with his old pal Brutus (Bradley Walsh). However, the happenings in the episode from an acting and comedy perspective remain utterly tragic and unfunny.

Firstly, it doesn’t feel particularly original. Sun-drenched comic crime capers is a market already (and very successfully) cornered by Death in Paradise. Bradley Walsh, so successful in the dramatic Law & Order: UK, feels completely undeserving of such a limp and unfunny role. One can only assume he liked the idea of filming abroad more than he recognised the weakness of the script. 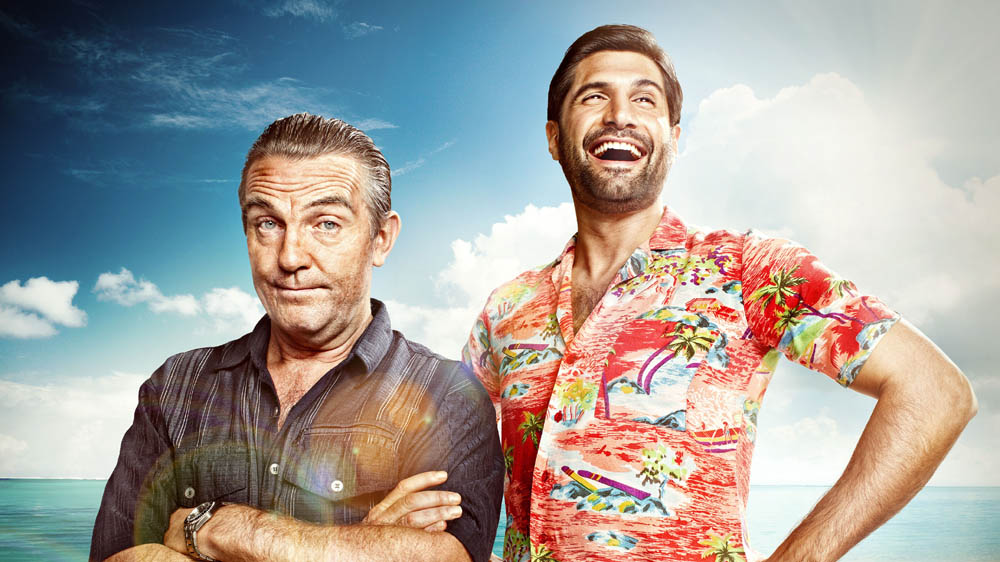 Writers Neil Webster and Charlie Skelton have pieced together a tale that seems to think it’s a very amusing, but the dialogue is cringeworthy throughout. Credit to the cast of this opening episode who had to spout lines like “I will see to it that you don’t examine another guinea pig rectum as long as you live,” and still managed to keep a straight face.

Skelton feels particularly guilty of this, given that the attempts at zippy one liners throughout are in line with his work on the Comedy Roast series. That this opening episode’s storyline is the kidnapping of a gangster’s parrot and treats us to lines like ‘Trouble in Parrot-dise’ should be further warning of what’s to expect in the remaining five episodes.

Jack Dee appears in a thankless role as an aggravated veterinarian, in a part so removed from comedy that it feels worlds away from the genius of Lead Balloon. Like others appearing here, you get the feeling that BBC-funded holiday to Gran Canaria just felt too appealing to turn down. 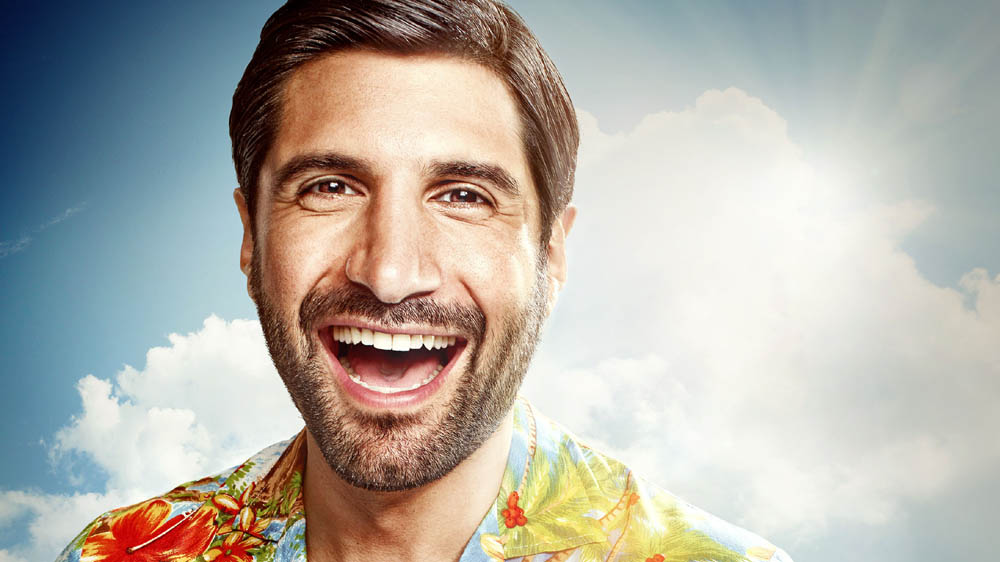 The only ray of light (or should that be sunlight) is Kayvan Novak as Woody. Novak (currently the voice of Brains in CITV’s Thunderbirds Are Go reboot) is genuinely endearing and amusing. The script also allows him to engage in some dress up, as his undercover investigator character pretends to be both a camp interior designer and a gruff Scottish Bird Protection agent. This comedy throwback is no doubt a trend that will continue, so it’s best just to roll with it. To be fair, the OTT caricatures were the funniest part of the show.

I wanted to like SunTrap, I really did. I appreciate Walsh and Novak as actors and had high hopes with the show’s breezy filming style, colourful titles and upbeat intro music.

Falling largely flat from the opening moments, the sun will set on this show soon enough, but based on this opener, it already feels like it’s been left out in the heat too long.

What did you think of SunTrap? Let us know below…