If there’s one lesson to take away from this week’s episode of Tatau, it’s this: kids, don’t drink and ink.

Just literally physically remove yourself from anywhere within walking distance of any strange tattoo parlours if you think you may be under the continuing influence of magical visions.

I suppose the unhinged menace of Reverend Calcott (the increasingly creepy Kirk Torrance) may indicate the possibility of reading BBC Three’s Tatau as a postcolonial indictment of the imposition of Western religious fanaticism on aboriginal culture, but there’s also an awful lot going on to undermine this.

I do struggle to connect to main characters who, for all intents and purposes, are idiots: Kyle, regardless of his visions clearly holding a definite weight of truth, does himself no favours by bulldozing in and antagonising people who clearly want him to shut up and go away. 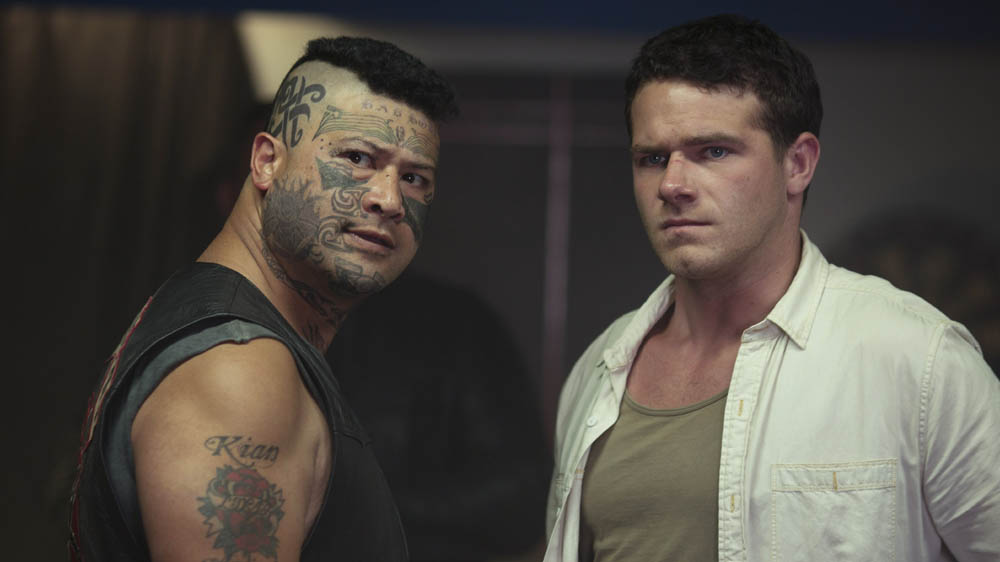 It would seem obvious that anyone in possession of a shred of common sense would wish to tread more carefully finding themselves among strangers and convinced of the threat of impending danger. You don’t know these people. Why not at least attempt to maintain some semblance of a façade of normality in order to sneak out as much information as you can?

It was probably too much to hope that Kyle would gain that sliver of sound judgment arriving in New Zealand: I can completely understand that someone in his position would be protective of Aumea, but Kyle’s behaviour regularly veers sharply into Nice Guy territory in this episode, and it makes me profoundly squirrely.

What does she see in her fiancé, he makes the stupid mistake of wondering aloud. What indeed does she see in her successful, attractive, and infinitely patient fiancé, who agrees to arrange accommodation for two random backpackers he doesn’t know from Adam, and then risks his own well-being to rescue one of them. Wow, what a terrible human being. 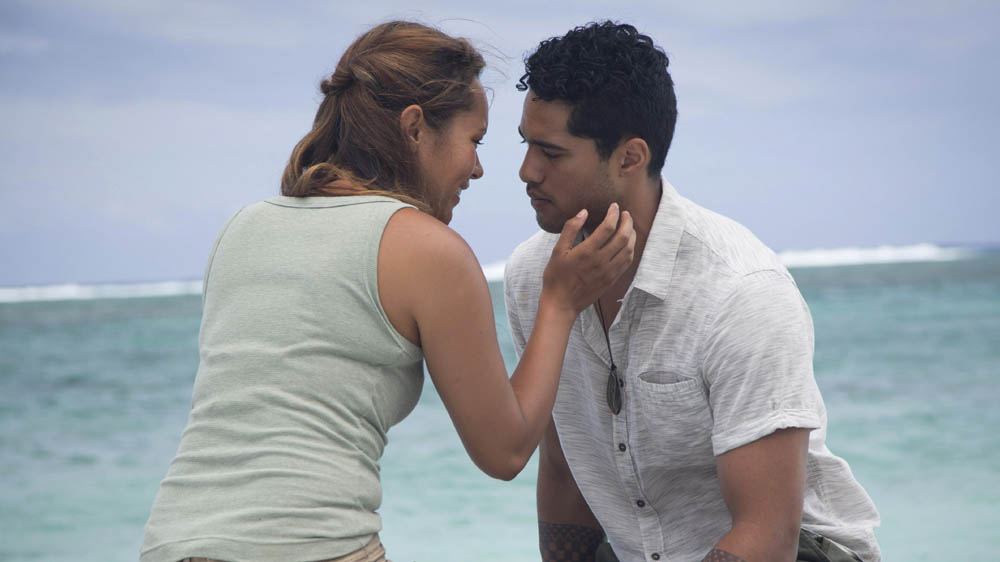 And oh, Budgie, no. It honestly almost amazes me that someone with such a glaring deficit in the area of sound judgments has managed to survive into adulthood. Emerging from an encounter with a gang of humourless and violent bikers with only a few injuries (and a vacant lower digestive system) would be enough of a relief that anyone with any intelligence at all would count their blessings and move on; Budgie, however, manages to hold onto a small handful of pearls, like they won’t notice.

My disbelief refuses to be suspended in the face of these levels of dumbness. If I find myself shouting YOU ARE SO DUMB repeatedly at my television, it’s probably a sign that you’re pushing your character’s poor decisions just that touch too far.

And then he runs into the road like a startled deer. Always look both ways before you cross the street, Budgie.