Everyone ‘know-ahs’ the story of The Ark.

Or at least the poster-paint primary school play outline of it: God tells Noah to build a massive cruise ship for him and two of every animal. God sends a flood. The family Noah and their P&O cornucopia are safe on the lido deck of God’s good side. They land on a mountain and God sends a rainbow. The End. Applause. Refreshments will be served in the maths room.

It’s a tale so well-worn that you wonder why it needs re-telling, especially when Hollywood threw big money at it last year in Darren Aronofsky’s Noah and came away with mixed results, Ray Winstone and some CGI stone giants. Is there something new to be found in it? Tony Jordan thinks so.

Yet Jordan, one of the UK’s most lauded screenwriters and the man who brought us hits such as Hustle and Life on Mars, has constructed a dramatic ark and filled its cavernous 90 minutes with bland characters, unwieldy dialogue, and no animals two-by-two (Jordan reportedly thought it would make it ‘like Peppa Pig‘…). All of it at the expense of trying to make one of the classic tales from God’s bestseller more personal. 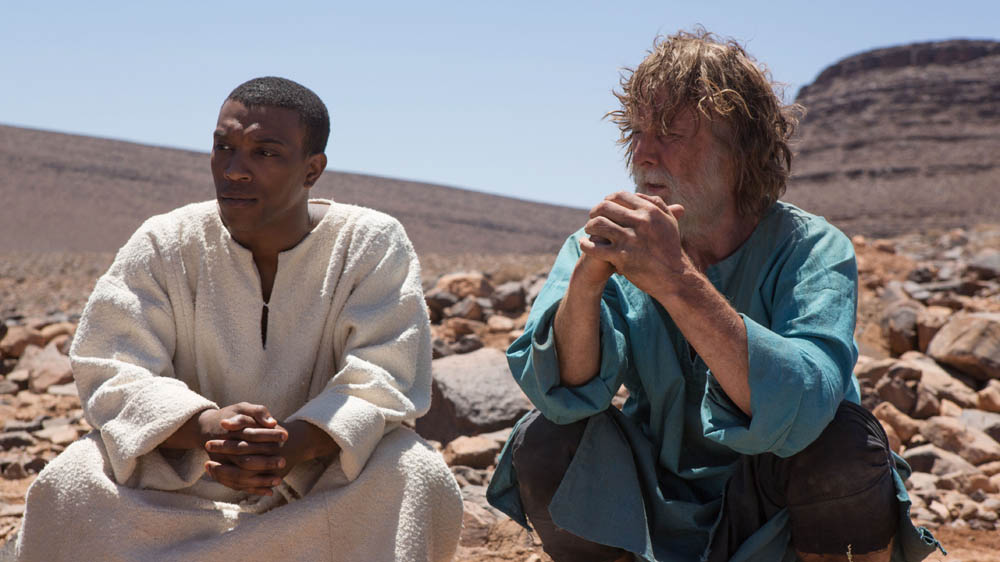 The Ark takes a family-drama approach to God’s Ctrl + Z on creation: it’s a soap in a place without water, a Middle-EastEnders. Noah (David Threlfall) is the father with one belief, his son Kenan (Nico Mirallergo) has another. The rest of the family – a two-dimensional collective of farm-happy Sims dedicated to toil – are caught in between faiths. All in the shadow of a bloody great boat that won’t even end up with two giraffes comically poking their heads out of portholes like all those poster-paint pictures.

You can tell Kenan’s the petulant renegade because he’s the only one without a beard. Like members of the world’s worst boyband, sons Japeth, Shem, and Ham are only distinguishable by the way they’ve trimmed their facial hair.

Kenan is written as such an unsympathetic and utterly irritating fourth son that it feels like it stands in the way of Miragello’s performance. Noah is too perfect, too nice, so that David Threlfall has nothing to grip on to. The antagonism between the two of them is there – one wants to build a boat, the other wants to neck-off in ‘The City’ – but what is there for the audience to sympathise with other than frowning? 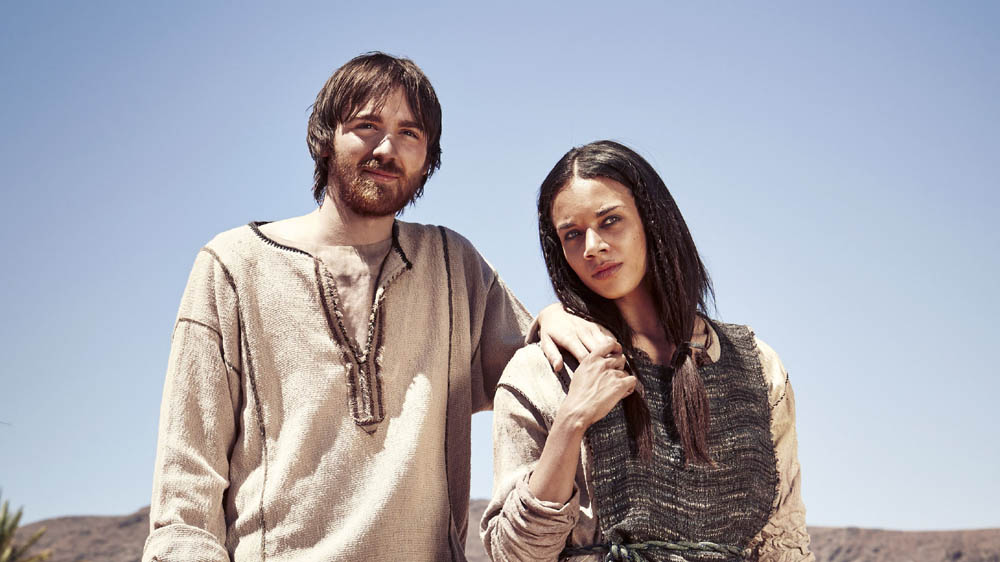 With such a drought of believable characters and an even greater dearth of believable dialogue, it cannot be overstated how slow The Ark feels. It’s a third of the way in before there’s any mention of building the gopher-wood life-tanker, and only five minutes deal with the end and subsequent fallout of all but 0.00001% of human life.

Jordan says on the BBC Writers Room blog that he didn’t want to do ‘dodgy floods’, a statement that betrays a certain amount of arrogance to the source material. No matter how good your drama, people come to a Noah story wanting to see some feet get wet.

Such things could be overlooked if the family-driven story Jordan was striving for was engaging, but it just isn’t.

As a retelling of a famous Bible story, The Ark is sketchy. As a piece of entertainment, it sinks rapidly. Read the original version in The Bible. It’s quicker, has better actions scenes, and – most damningly of all to The Ark – is more believable.

What did you think of The Ark? Let us know below…