We’re now in October of 1940 and we’re focused on the nighttime exploits of the inhabitants of the Halcyon.

Emma joins the Women’s Voluntary Services and provides tea to overworked firefighters and escorts the injured to medical help. Meanwhile, Billy is manning anti-aircraft guns in a local park. Richard Garland’s concern is palpable when Emma is an hour later returning to the hotel one morning. He and Peggy commiserate and she opines that it would be easier to bear the worry “If they were a little less fearless. A little more like their parents.”

Peggy and Dora are now living at the hotel where Dora is charming the staff. She helps Billy steal a private moment with Kate. He gives Kate a precious orange and they agree to share it the next morning. The touching scene between the naïve young couple—obviously smitten with each other and excited about their planned rendezvous—is heartbreakingly tender and brilliantly acted with just the right amount of restraint. 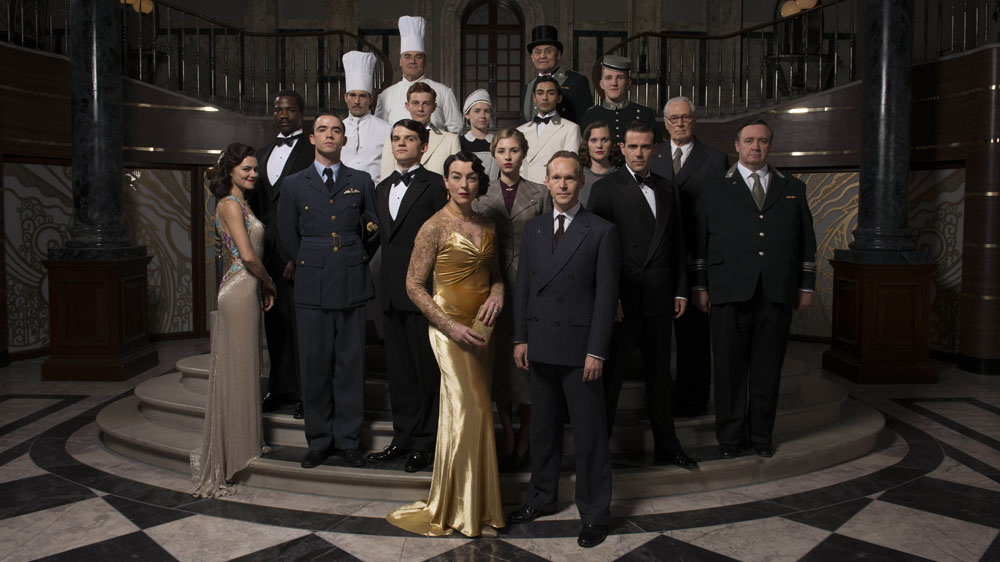 Lucian D’Abberville gives a convincing performance as the caring confidant of Lady Hamilton. She’s feeling guilty that Freddie is in harm’s way in the RAF because she encouraged his interest at an early age. D’Abberville acknowledges that he might be a passing fancy but, “If I can be more to you, then I would like that very much, too.” He catches Adil leaving Toby’s room and assures Toby that he won’t tell his mother, advising him to be more discrete. Could D’Abberville be more than a selfish opportunist?

Betsy is determined to leave the Sonny Sullivan band. It’s time for her to move on. She tells Sonny she has a lot in common with her mother and that, “You’re going to be disappointed one day, so it might as well be now.” She’s determined to earn the money to buy back Sonny’s trumpet.

When the air raid sirens send everyone to the basement, Sonny and Betsy stay put and have it out. Sonny finally tells her that he’s loved her since the day he met her. By the time the all clear sounds, they’re more than friends. She’s staying put and she doesn’t care what anyone thinks of them. 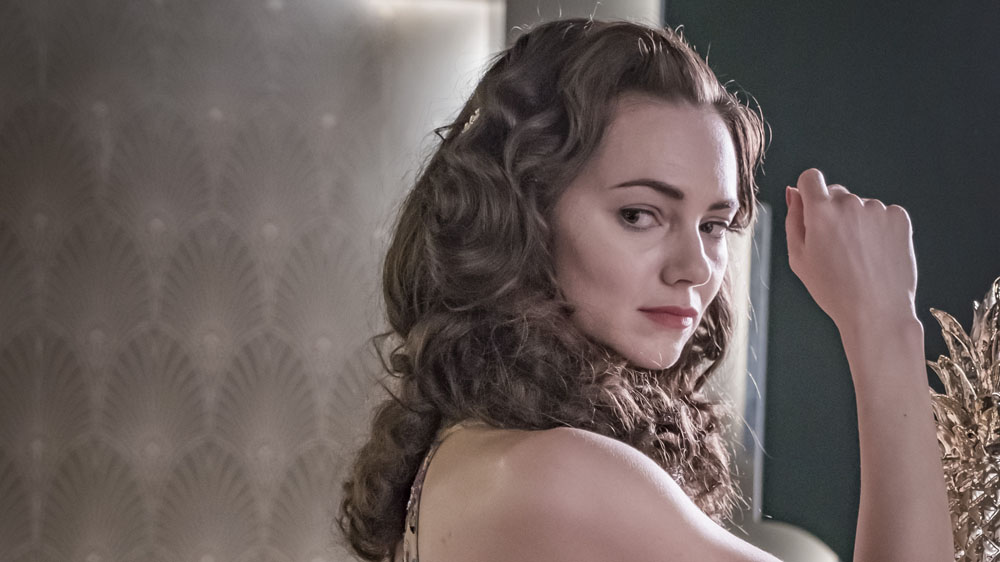 Richard buys Emma her smart WVS uniform and she heads into the night. Joe O’Hara is doing a story on volunteers and their paths collide. Emma and her WVS partner try to convince a wounded woman to leave the body of her mother. When the woman refuses, Emma extracts the harsh truth that she doesn’t want to abandon her mother’s body to the stray dogs or foxes.

Emma promises to stay with the body until it is picked up and the woman reluctantly departs to seek medical help. Joe makes the gallant—if foolish—gesture to wait for the all clear with Emma. There’s a definite thaw in their relationship. He asks her what comes next for her—after the war. She can’t go back, he points out. We wonder if the way forward will be in Joe’s arms.

Joe and Emma return to the hotel to the horrific news that Billy was killed that morning by a parachute mine. The ensuing scenes—of Peggy’s gut-wrenching grief and Kate’s devastation over the future that will never be—are profoundly moving.

The episode closes with D’Abberville showing his true colors to Adil. Is the man really a spy? Time will tell. At least he’s as bad as we thought he was.