There’s panic on the streets of Paris in this week’s episode of The Musketeers, as our heroes discover a very different war at home to the one they faced against the Spanish.

Some seriously shady business is going down when a massive grain harvest goes missing and riots break out, and it’s no surprise that those unpleasant fellows Grimaud and Feron are behind it, shifting the blame to an unfortunate group of refugees who’ve fled to Paris because of the war.  Real classy, gentlemen.

It’s the kind of thing that makes you want to shout “stop being such jerks, jerks!” at the television, and I find myself again yelling at the preciously oblivious King Louis – who, let’s face it, is about as effective as a head of state as a copper sponge is as a firetruck.  At least he’s very good at being a dad. 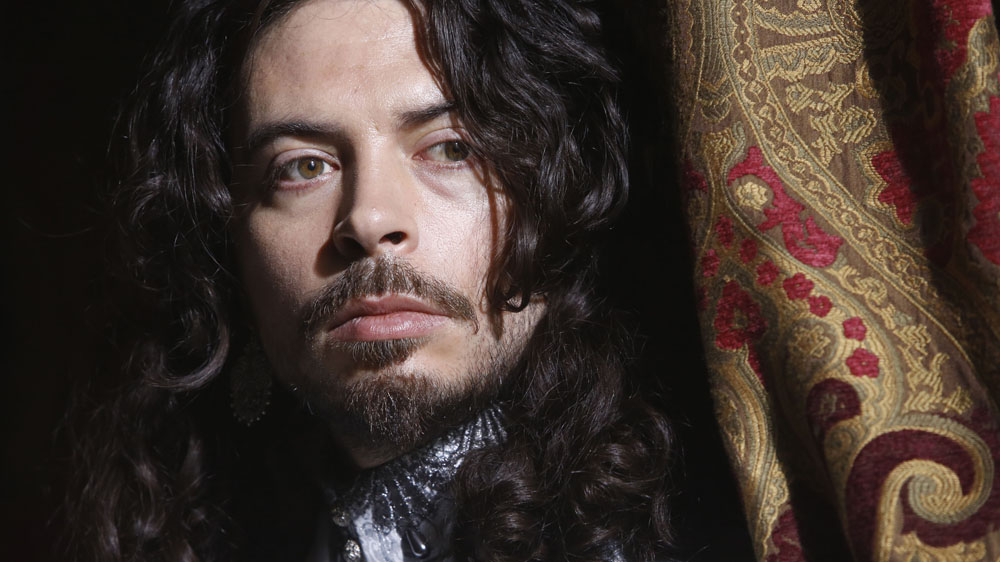 This episode does a very good job in throwing a light onto the state of corruption among the powers that be in the city, and the devastating effects of this on the ordinary people.

It also establishes animosity between D’Artagnan and Marcheaux, the captain of the Red Guard (Matt Stokoe) who, frankly, is a total jerk.  D’Artagnan gets himself thrown in prison for defending some civilians against the Red Guard, and makes a friend, which is lovely, except for the part where the friend dies.  That’s sad.

Meanwhile, the Musketeers make friends with Sylvie (Thalissa Teixeira), a refugee who is determined to defend her community, with swords!  And it turns out D’Artagnan’s dead friend was her dad!  Sad times indeed.  But Sylvie decides to take matters into her own hands – only to discover that one of her friends was spying for the Red Guard all along. 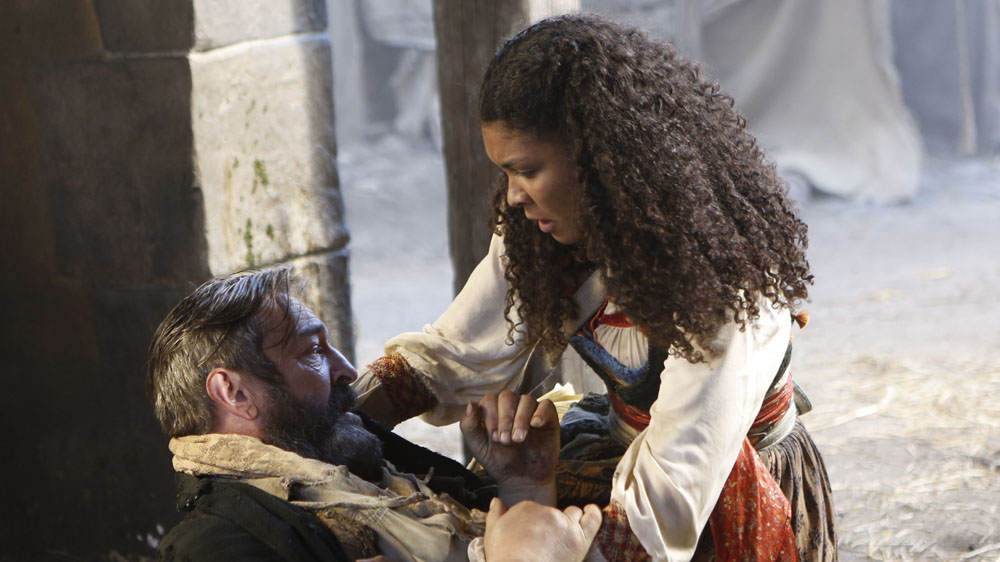 Feron continues his despicable work, and engages in some pretty heated staring contests with Treville, and Grimaud continues to be super creepy and delightfully violent.  Basically, Paris is run by so many jerks that they should really just reboot the entire city and put the Musketeers in charge.

(I hope the other Musketeers made Athos a “Congrats On The Kiss!” cake.)