The Duke of Orleans, King Louis’ brother, has been summoned.

Apparently, Louis decided it would be a good time to reconcile and get on again.  This would be nice, except for the fact that apparently it isn’t.  For one thing, the Duke’s purse has been stolen, and it’s up to the Musketeers to recover it.

Later, Feron gets a massage, and we learn that the Duke was hiding a bundle of secrets – like, plotting-against-the-king secrets – in his missing purse.  Thus, while the Musketeers are nicely investigating, Feron decides to take matters into his own hands, enlisting scary Grimaud to help persuade tongues to start wagging. 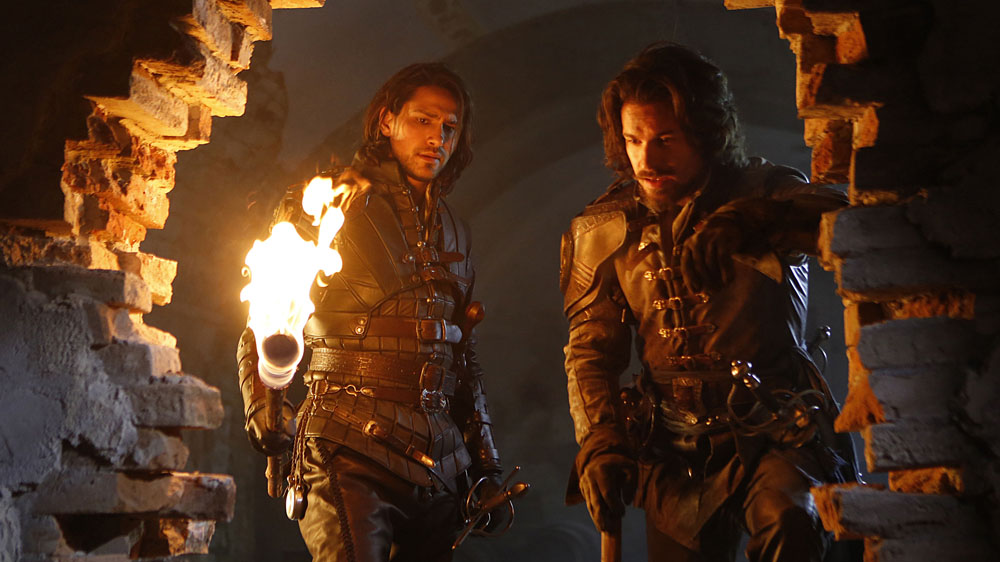 Then, in the midst of the funeral for three men killed when the Duke’s purse was stolen, in waltzes the Red Guard and their unpleasant jerk of a captain at the most inappropriate moment, at the Duke’s orders.  Dudes, not cool.

There’s a lovely scene where Constance and Queen Anne get a chance to reconnect, to give voice to their respective woes where they would normally have to weather them with quiet stoicism, and it’s so little and yet so touching.

That said, it also throws into relief how few and far between the moments of female friendship can be in a show that is, let’s face it, mostly about a bunch of dudes.  On her own, Queen Anne continues to show such an incredible strength, even as she also clearly feels utterly alone in the world. 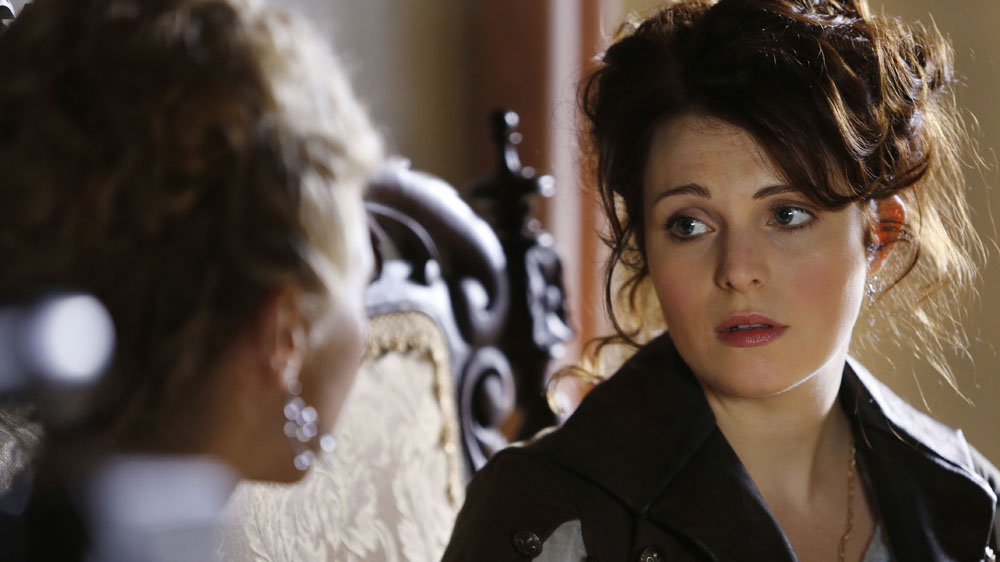 And then there’s the really, really bad news: King Louis is secretly very poorly indeed, and he’ll be dead soon.  And I am very sad: he may not be the most politically savvy monarch and he’s so, so very silly, but while he’s always vulnerable to the various malicious forces who seek to manipulate his favour (see above re: so, so silly) but he just wants to be a good King and a good dad and he’s trying his best, and he doesn’t deserve this nonsense.  Life is unfair.

And poor, silly Louis wants so much to be friends with his brother again (because you know, dead soon) so the Musketeers are tasked with a very risky rescue mission when Porthos and Treville are taken hostage by those tavern-folk who were there when the Duke’s purse of treason letters went missing.  Some explosions and lots of gunfire happen, and the Red Guard get in the way with the help of Grimaud.

So many villains!  If I were the Musketeers, I’d abandon my sense of loyalty and consider moving to Belgium.