After last week’s trudge, this week’s Musketeers confidently gets into its stride with the plot thickening along the way.

The King is flirting with Charlotte Mellendorf, while her father (reimagined here as a Hanoverian Bobby Ball) talks politics and useful marriage alliances with the Cardinal. Meanwhile the Queen is away bathing in the countryside in an effort to increase her fertility. After the King drunkenly points out how Charlotte is not only more like him than the Queen, but also that the resulting political alliance would be useful, the Cardinal suddenly has one of his more amoral ideas.

It’s great to see Peter Capaldi’s Cardinal finally seem like he’s taking control of things, making him seem more dangerous as a result. It’s also notable that his motivation for assassinating the Queen is actually that it’s beneficial to the country, rather than it simply keeping the King happy. Good villains don’t think they’re villains and all that.

Aramis’ past is explored briefly but effectively. His ex-fiancee really knows how to cut to the core of him, and is now a nun in the very convent he and Athos are protecting the Queen in. What a coincidence. However, it’s a very forgivable contrivance, because it gives Aramis a lot to do, and makes him more flawed and interesting as a result. 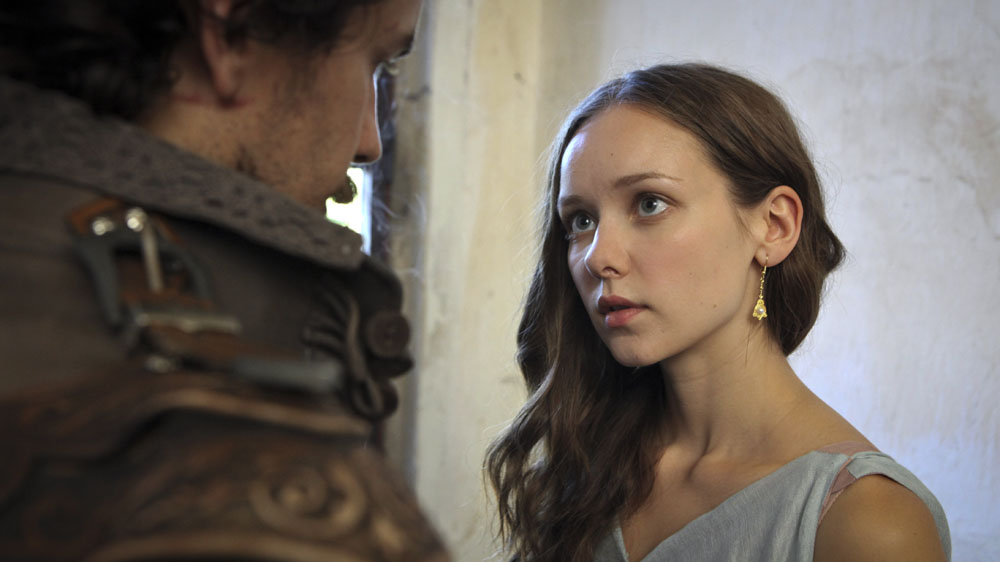 Also, despite the numerous redshirts we get a genuinely moving death scene, followed by Aramis questioning his nature, and then the Queen confirming it while trying to comfort it.

Make no mistake, Aramis is a bit easy.

This – not totally surprising – coupling does at least lead to a none-more-Athos reaction, one that should already be a .gif by the time you read this. Of course, Athos has form with women from his past too, and finally he announces that he knows something about this lavender-scented phantom.

Also present, due to higher stakes than usual, are prolonged bouts of tension. While the outcomes are fairly inevitable, the show does well with teasing more harm to the regulars this week.

The direction isn’t consistently successful in this respect, with a few reveals somewhat dampened by the choice of shot or editing. Possibly, though, keeping a body attached to a door out of shot is harder than it sounds.

The trailer for the finale – while suggesting some more ‘Characters Acting Stupid to Drive the Plot’ shenanigans (like, ooh, I don’t know, basically telling the Cardinal that the Musketeers are onto him – an example of telly pursuing the dramatic at the expense of the sensible), does hint at a Musketeer death. It may all be a big tease, but one thing that isn’t in doubt is that we will be graced by the presence of Sean Pertwee next week.

Certainly, compared with my expectancy at the end of last week, it’s actually quite exciting.