Sometimes, it’s hard not to want to grab a character by the lapels and shout at them until they get a grip.

This week’s Musketeers ep is one of those times, as we see Athos (Tom Burke) being a bit of a moody jerk when the peasants on his land decide that enough is enough. Athos discovers that, it turns out, just wandering off in the wake of serious family drama doesn’t actually absolve him of his responsibilities as Comte de la Fère.

Athos is surprised to discover his former almost sister-in-law Catherine (Marianne Oldham) remained on his estate after the unfortunate business that saw her fiancé murdered by Athos’ devious then-wife Milady, living alone in what is left of a cottage on his estate. At first, she seems to have fared quite well for herself, but as the episode unfolds, it becomes clear that her (rather justified) bitterness has left her a wee bit bonkers.

But… the peasants, though. They may well be the most useless community ever to be left to their own farming devices. Is it unreasonable for them to demand that their landlord fulfil his obligations to them? Hardly, but in this instance Athos has proved himself both to be lacking in both a sense of responsibility and management skills; if I lived on his land, I’d probably tell him to go to heck and get on with defending my livelihood against the nasty neighbours, led by Baron Renard (Miles Anderson). 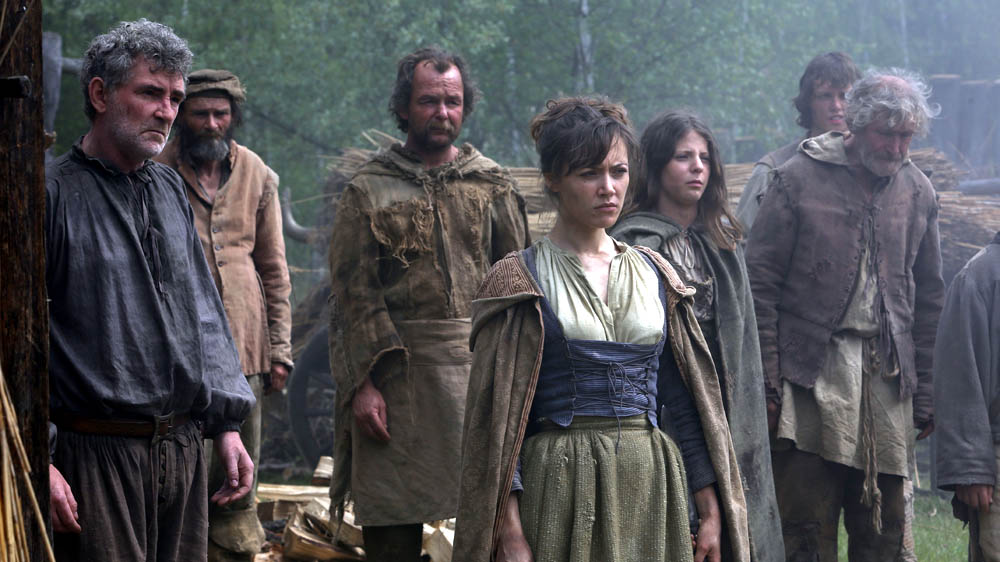 Speaking of the neighbours, what a despicable crew of sociopathic bullies they are, and quite the cautionary tale about the consequences of too many years of aristocratic inbreeding. Watching the kidnap and (thankfully averted) rape of Jeanne was a chilling experience.

The best thing about the episode by far is Catherine: seeming at first composed and capable, her façade slowly slips away, revealing the very broken, very angry woman indeed. Seriously Athos, I know you were grieving and betrayed and all that, but sadly also afflicted with a severe case of Oblivious Dude Syndrome.

And while the story hints at possible revelations to come regarding Porthos’ possible parentage, the tantilising glimpse we get is interesting enough that I wish we’d spent more time with it, rather than being made to wait.

By some distance, this is the weakest episode so far of this year – but when The Musketeers’ second season has been as impressively strong on fun as it has been, that’s not to say it wasn’t still a decent hour of television.