In this week’s Musketeers, the abundant poop certainly hit the fan with unprecedented force, and has left a horrifying mess in its wake.

We knew this episode wasn’t going to be a light-hearted comedic romp from the start: when we last saw our heroes, Queen Anne was left traumatised after fighting off an attempted rape by Rochefort (who – as if we weren’t already convinced – just proved himself to be despicable human scum). This can’t end well, and it doesn’t.

Aramis is finally forced to tell all of his Musketeer friends that he’s the Dauphin’s actual dad – which, I suppose, would still be awkward, but less awful, if Rochefort hadn’t got to that little spoiler first. Knowing that this juicy bit of information puts the Queen in danger, the Musketeers accompany her to the very convent where the Dauphin was conceived, though after some argument, she insists that she should return, which, it turns out, was probably not the most awesome idea, considering the armed welcoming committee that met them in the palace. All the while, Alexandra Dowling plays the Queen with regal restraint and quiet strength. 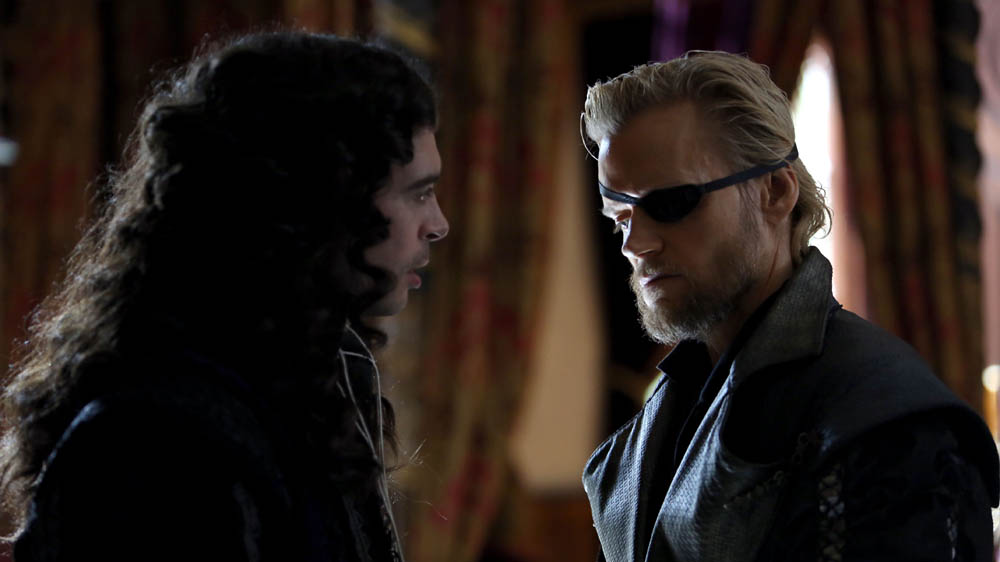 Meanwhile, King Louis isn’t looking too sexy. Already feeling like garbage, the very naughty Rochefort swaps out his painkillers for poison. What better way to frame, like, any of the people left who actually have the King’s best interests at heart, for murder?

It pains me to know that this episode is the last time we’ll be treated to Ed Stoppard’s presence as the kind physician Lemay. As that scene played out, I kept waiting for that decisive last moment before somebody would swoop in and rescue him. And they didn’t. Nothing says “this is an actually dangerous world where actual danger happens” quite like actually killing someone we like. 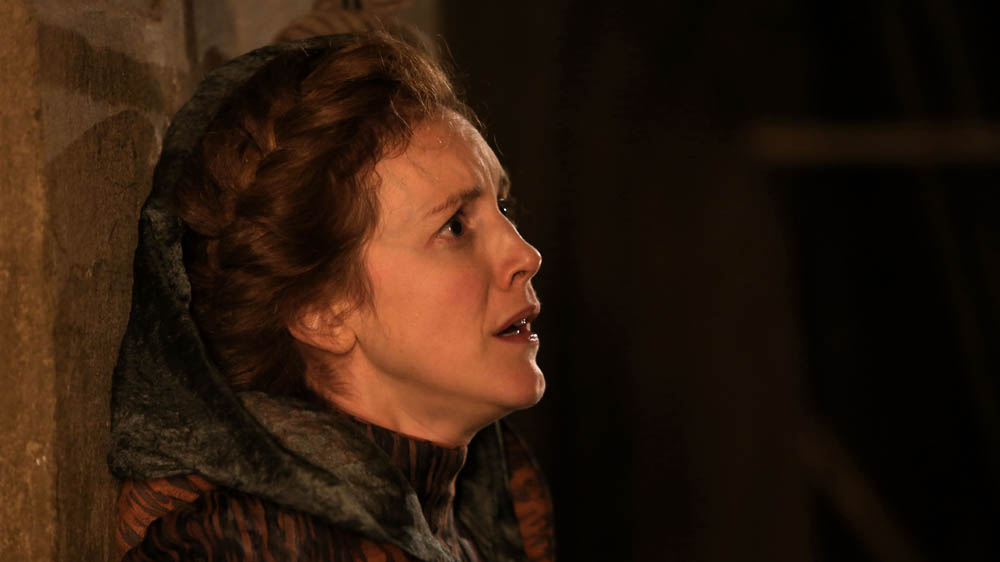 The sheer volume of near-pantomimetic dramatic irony that’s been running through the season tipped over into face-palmingly frustrating at some point in this episode. Rochefort’s my friend, says the king; Marguerite’s my friend, says Constance. It was all I could do to keep from shouting OH FOR CRYING OUT LOUD, LOUIS, NOW THE DUDE IS ACTUALLY ATTEMPTING TO MURDER YOU at my television.

I’ve learned over the last two seasons that he sadly doesn’t listen to me, in spite of the fact that Rochefort is a terrible actor – Marc Warren, on the other hand, plays Rochefort (and Rochefort’s bad acting) with the increasingly maniacal glee that would seriously frighten me if I weren’t already aware that he’s really actually a nice person in real life. I suspect that by this season’s end, there will be no piece of scenery left that bonkers Rochefort hasn’t at least nibbled on.

And the little Dauphin just wants his mum.

At least Athos and {(the possibly slightly less evil than we thought she was) Milady get a bit of a snuggly snog in amidst the rampant bad times. That’s nice. Maybe they can still be friends after all.