After six weeks of espionage, violence and psychological game playing, The Night Manager comes to an explosive end this week as Jonathan Pine ups the ante to bring down Richard Roper once and for all.

We’re back at the Nefertiti Hotel in Cairo for the final phase of Angela’s operation and Jonathan must prove he’s the man to triumph over Roper. Haunted by memories of Sophie and confronted with Freddie Hamid, the man he believes killed her, Jonathan plays a dangerous game, which threatens to expose both him and Jed to Roper’s wrath. Tom Hiddleston is on smouldering form during this episode and there’s yet another nod to him taking up the James Bond mantle.

In the aftermath of Corky’s death, Roper casts a suspicious eye over those surrounding him. When Jed’s betrayal is uncovered her life is at his mercy as Roper uses Frisky to carry out a ruthless interrogation. Throughout The Night Manager, Hugh Laurie has created a brilliantly three-dimensional performance bristling with confidence and here Roper shows his true colours. 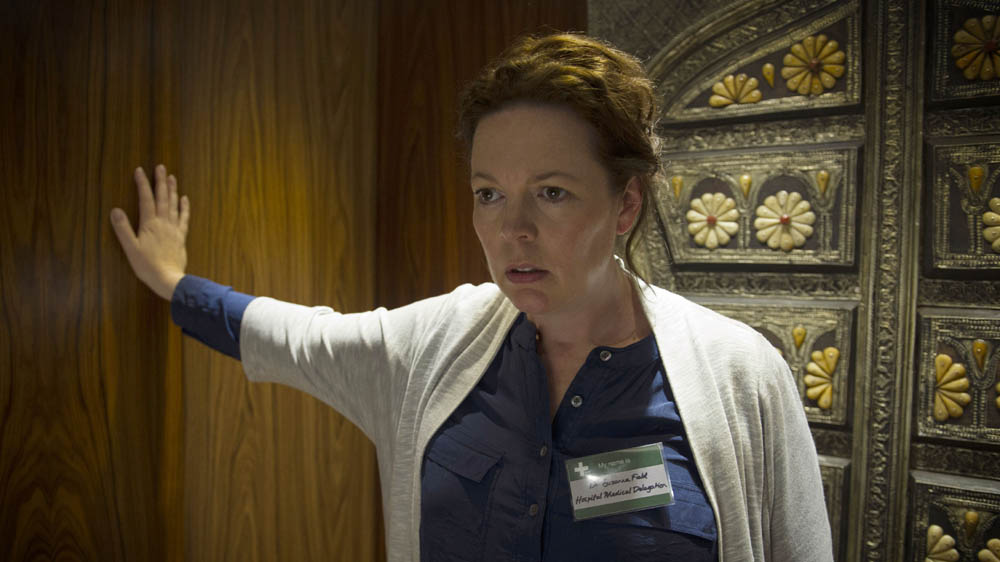 It’s hard not to praise Olivia Colman’s peerless performance this week. It’s a tense time for Angela when she’s nearly caught hiding in Roper’s suite but a real punch-the-air moment later sees her exact the perfect punishment on Frisky.

Jonathan’s desire to avenge Sophie’s death leads him to confront Hamid and interrogate him after first getting him drunk at Roper’s party. Hamid confesses Sophie was killed by one of Roper’s men and Jonathan’s retaliation is carried out in splendidly brutal fashion.

David Farr and Susanne Bier impeccably raise the tension during this final hour as Jonathan’s scheme threatens to implode at any moment. Having arranged for the TradePass trucks to be rigged with explosives, Jonathan transfers the funds into his own account and prepares for his final confrontation with Roper. 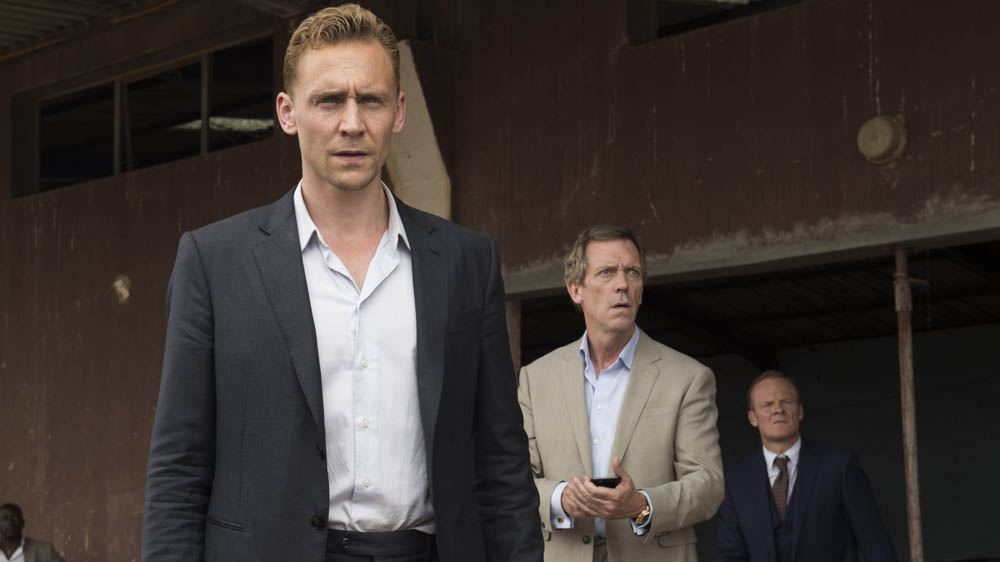 With Jonathan’s double-life exposed, Roper threatens to get revenge for Corky’s murder; however, Jonathan is one step ahead and his final message is delivered in a spectacular firework display. Roper is forced to watch as his deal goes up in flames and, after his client demands an immediate refund, Roper loses any sense of self-control he once possessed. Jonathan still has one card left to play and calmly reveals he stole the £300m, which he offers in exchange for Jed’s safety. Accepting the terms, Roper and Jonathan return to the hotel where Angela is waiting.

Roper turns to Dromgoole but the River House have washed their hands of him and the Egyptian police finally arrest him. It’s just the beginning of a fresh nightmare for Roper as he’s driven away kicking and screaming in the back of a van. Free of Roper’s stranglehold a recovering Jed is finally able to return home to her family. Elsewhere, Jonathan can at last resume a normal life.

The Night Manager provides a suitably epic conclusion to this fantastic thriller with more than a few nail-biting moments before the credits roll.

> Buy the complete series on DVD on Amazon.