It’s 1916, and Michael and Thomas sit in opposite trenches, trying not to get their hopes up about whether or not the war is actually drawing to a close.

(And you’re really getting frustrated by seeing them get their hopes up, because you know that there’s a good two episodes’ worth of war yet to come, and this series is so rife with dramatic irony that I may have found myself shouting at the television that they’re really, really not going home as soon as they think they are.)

It’s no easy feat to suggest that a year has passed at the top of each episode; indeed, our young men look no different physically from one episode to the next, but this one does see a burgeoning feeling that they’re older.

Thomas takes the positively birdlike 16-year-old Derek under his wing, and seems that much more grown-up for having a precious younger soldier to look out for. The thousand-yard stare as Thomas lies awake in his bunk speaks volumes. He knows what’s coming, and he knows it isn’t pretty. 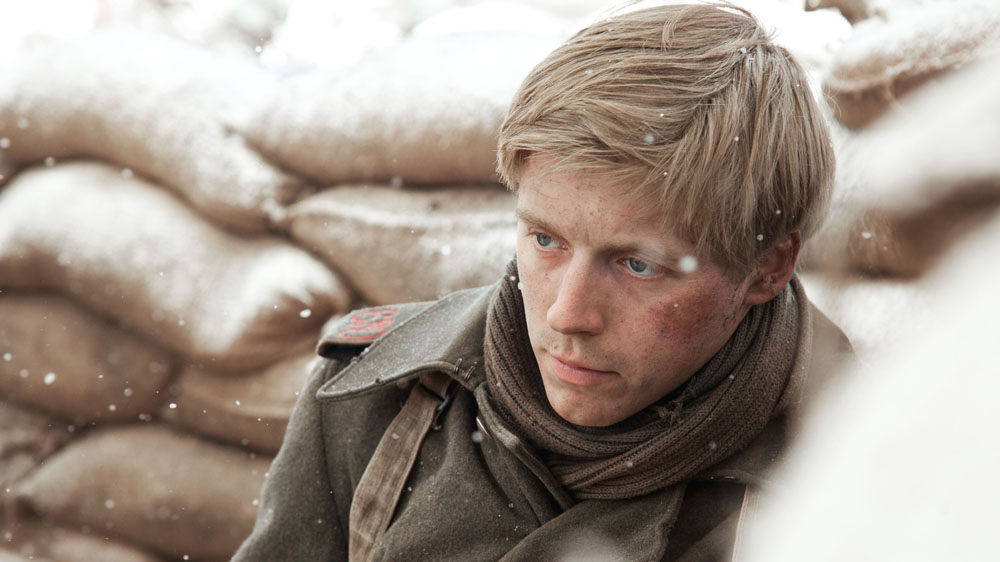 There is a beautiful sequence towards the end of the episode, where the dust has settled, and we see Michael and Thomas, both passed out and returning slowly to consciousness, as though waking from a dream. As they pull themselves up and wander out into a grim montage of death, we see the gap between their parallel experiences begin to narrow.

There’s not much place for levity once we get into the meat of this one. There’s not much about it that doesn’t break your heart. It’s the first time we properly see our two young soldiers within spitting distance of each other and yet not quite meeting, and it doesn’t end well for anyone.

We all knew this wasn’t going to be the kind of story where a happy ending can reasonably be expected, yet it still manages to make me care about these characters to the extent that it hurts to see them suffer.