We’ve said it once and we’ll say it again: it’s always a sure-sign of a decent episode of Thunderbirds (or Thunderbirds Are Go) when it opens with the action already in full swing.

Opening midway through a bombastic rescue sequence, which in turn results in Virgil and Gordon accidently unearthing a long-lost temple, ‘Tunnels of Time’ certainly hits the ground running early on.

Lady Penelope, Parker and Gordon proceed to investigate the temple, but when they trigger a booby trap and shut themselves inside, it’s up to the rest of the International Rescue team to save the day.

There’s a real Indiana Jones vibe to proceedings this episode, appropriate considering the setting, with the IR team tackling all sorts of traps and pitfalls within the temple itself, resulting in some great animated sequences, especially the climactic moments atop the Laughing King statue. 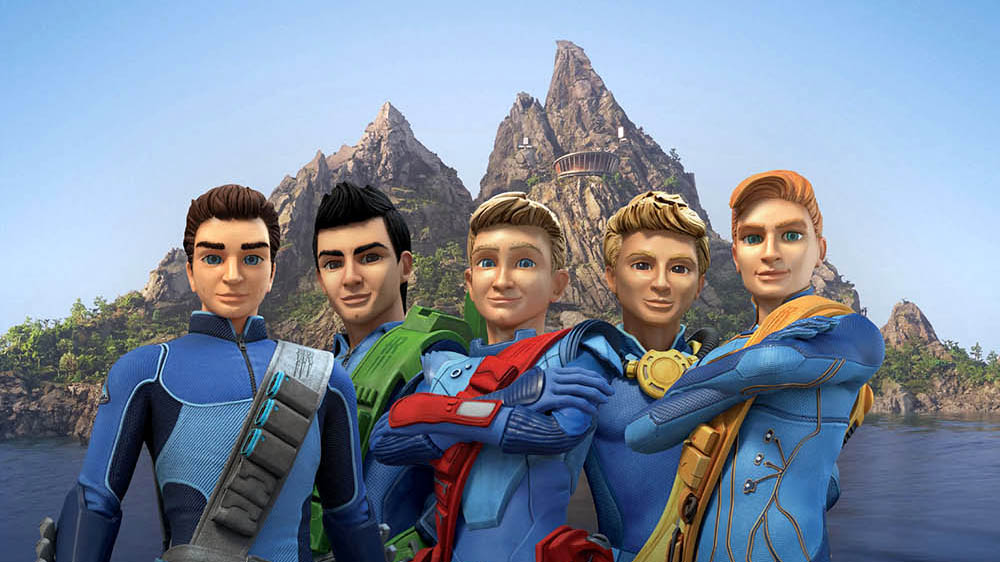 It’s also one of the strongest episodes in terms of model effects, with the opening boulder-smash sequence resulting in a particular gorgeous shot, one which you could easily insert into a classic series episode and be none the wiser, such is the quality of it.

As for the story, it’s certainly fun and breezy, but packed with some great character moments. Parker gets all the funny lines this week, and makes for a great comedic foil to the heroics of Gordon and Penelope.

However, we’re not sure if we’re buying the tacked-on hints at a romantic attraction between Gordon and her ladyship, all of which are hardly subtle. Here’s hoping it was just for a gag this week and that future episodes will forget all about it. The ending certainly suggests that that will be the case anyway. And finally, hats off to the producers and voice directors for the inspired decision to cast the original Alan Tracy, Matt Zimmerman, in the role of Professor Harold. Zimmerman may not sound as he did in 1965, but his vocal presence here is welcome nonetheless, with the man putting in a great turn as the devious archaeological professor.

Now, all the show needs to do is bag a guest turn from Shane Rimmer and we’ll be in nostalgic bliss!

‘Tunnels of Time’ is a wonderfully charming and light-hearted episode, one which echoes classic series episodes like ‘The Uninvited’ and ‘Desperate Intruder’. It’s also refreshing to have an episode wherein the rescue mission doesn’t revolve around technology.

Once again, Thunderbirds Are Go continues to impress and reward viewers in equal measure.