When you’re the king of England in 1533, you should be confident in your belief that your throne is appointed by a God who will provide you with a brood of strapping sons to strengthen the family line.

When you’re instead presented with a possibly illegitimate daughter and a miscarriage, then there will be some in the kingdom who will think that you’ve been cursed. Thomas Cromwell investigates whispers of conspiracy and treason within some of the most powerful families in the land, all bound up like a rosary to the visionary nun Elizabeth Barton.

He does what he can to keep his predecessor Thomas More out of harm’s way, but he’s been dealt a losing hand. He needs More to swear an oath to a bill of succession that will recognise Henry as the head of the church, but More is loyal to Rome.

In this fourth episode of the adaptation of the first two books in Hilary Mantel’s trilogy, there doesn’t appear to be much time left to Bring Up The Bodies. Mark Rylance’s Cromwell continues to have the stature of an oil painting – at one point, literally so, since we see him posing for the Holbein portrait. He also continues to have at least one line per episode that gives him a modern response to women (this week, it’s about breastfeeding). 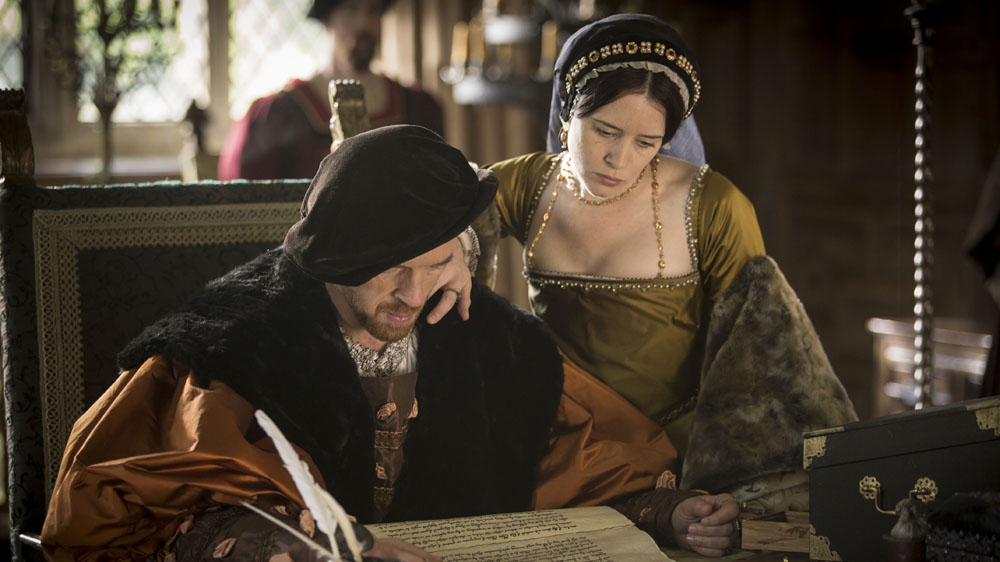 Despite all this, it’s a difficult time for all, with impossible choices, particularly if you’re a God fearing royalist. Which all powerful vengeful leader is safer to defy: God or Henry VII? In this episode, it’s clear that everyone’s losing what little control they had. Stephen Gardiner (Mark Gatiss) is much mentioned, but notable by his absence.

The silences are still there, but laced with wild-eyed panic. Anne gets skittish while unable to produce a son, while Henry is almost breathless as his tacitly allows his court to tangle his own decrees in knots.

‘This is war,’ Cromwell says sadly to those who are not supporting their king. ‘And you’re in the enemy camp.’ Silence and meaningful looks abound: less is more, and by the end of the episode, More is significantly less, executed for refusing to accept his king as the head of the church.

It’s the relationship between the Thomases Cromwell and More that forms the flavour of The Devil’s Spit: a lifelong adoration for Cromwell, barely noticed by More. The agony of the matter is that they’re both right – essentially no one is at error here, but they both need to pick a side. God may have angels, but Henry VIII has access to a really big axe.

Two rights, together, make them both wrong. But Cromwell has a king to obey. Henry (Damien Lewis) reminds him: ‘I keep you because you are a serpent,’ before telling him to execute More. 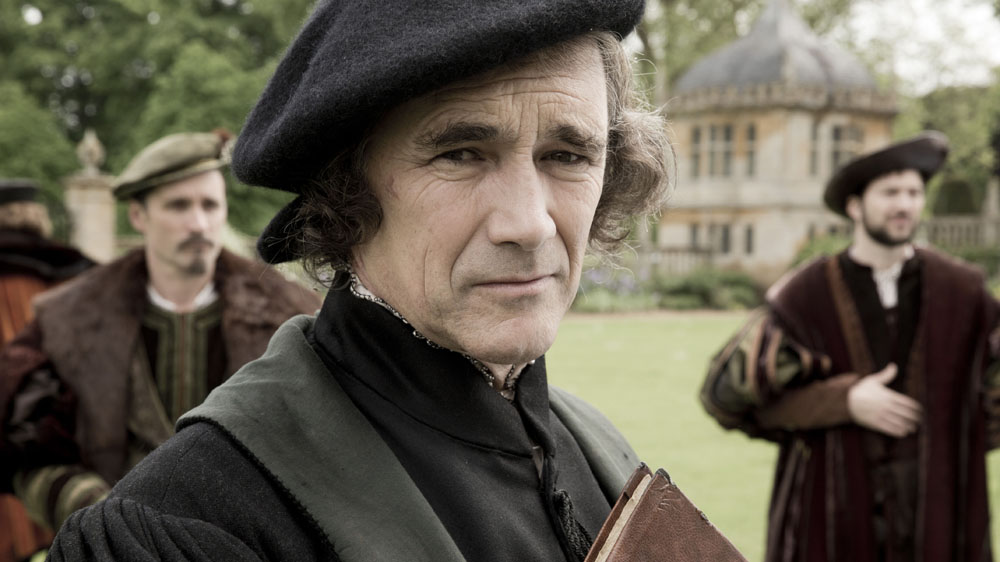 Mark Rylance’s Cromwell is rattled for the first time, frustrated by his inability to save a man he respects and even loves like a brother, his voice cracks, his eyes brim. After the composure of the first three episodes, it’s a shock. More, on the other hand, is more measured. He doesn’t claim to be at peace – in fact, he declares that he’s very much afraid.

But his future is secure: he knows that he will end up in heaven. Despite their differences, he hopes to see Cromwell there too, but there are bitter waters before the sweet. When More is executed, the crowd all bow their heads. All except Cromwell. He needs to meet the eyes of the man he is putting to death.

Elsewhere, Anne’s composure is all but gone. Everyone in the court is avoiding her like the toxic brand she has become: even her own body betrays her, spitting out blood and fear instead of a future king. Needing someone else to bleed, she picks More. ‘I want him frightened,’ she tells Cromwell.

‘Fright can unmake a man: I’ve seen it happen’. Henry sits next to her, blinking into the middle distance, perhaps remembering. Gone is the lion with claws. ‘I won’t die,’ she declares later. ‘I will give the king a son, and I won’t die.’

Cromwell gives her a careful look, the look of a man who’s sneaked a look at next week’s script. It’s been a magnificent performance from Claire Foy, and it will be a pity when history takes its toll.

When the queen gives birth to a daughter, it’s noted that the king doesn’t bother to ask after her health. ‘It hardly matters now, does it?’ someone grimly notes. The king, however, does take the time to give the little girl a name.

Elizabeth has a nice ring to it.