When something becomes as ubiquitous as superheroes are on the big and small screens, it’s only a matter of time before every genre under the sun has its own version of the same characters, tropes and narrative conventions. Last year we had Deadpool and Logan offering us R-rated comedy and western, respectively, and the MCU has played with espionage thriller in the Captain America franchise.

Now Runaways is here to offer up a teen drama based on a beloved cult comic series, with The O.C. and Gossip Girl’s Josh Schwartz and Stephanie Savage behind the camera. If those names scare you, they shouldn’t. They’re exactly the kind of creators to bring these characters – wealthy, privileged but alienated teens living in an dangerous, heightened world – to life.

When you’re looking at any teen-focused superhero series, even one based on a known Marvel or DC property, it’s impossible not to compare it to Buffy. As choppy as the first season of that 90s series was, it’s still the blueprint for how to do these things right. The thinking has always been – you need a likeable but flawed heroine, a gang of scoobies, a love interest, a high school-level antagonist and an older mentor figure.

Well, Runaways doesn’t care for following that blueprint, and it’s the better for it. Instead, the initial set-up is a combination of The Breakfast Club and Pretty Little Liars, introducing us to the main characters after a tragic event has torn them away from one another. We have no adult perspective because we don’t need one, and no one is anyone else’s sidekick. 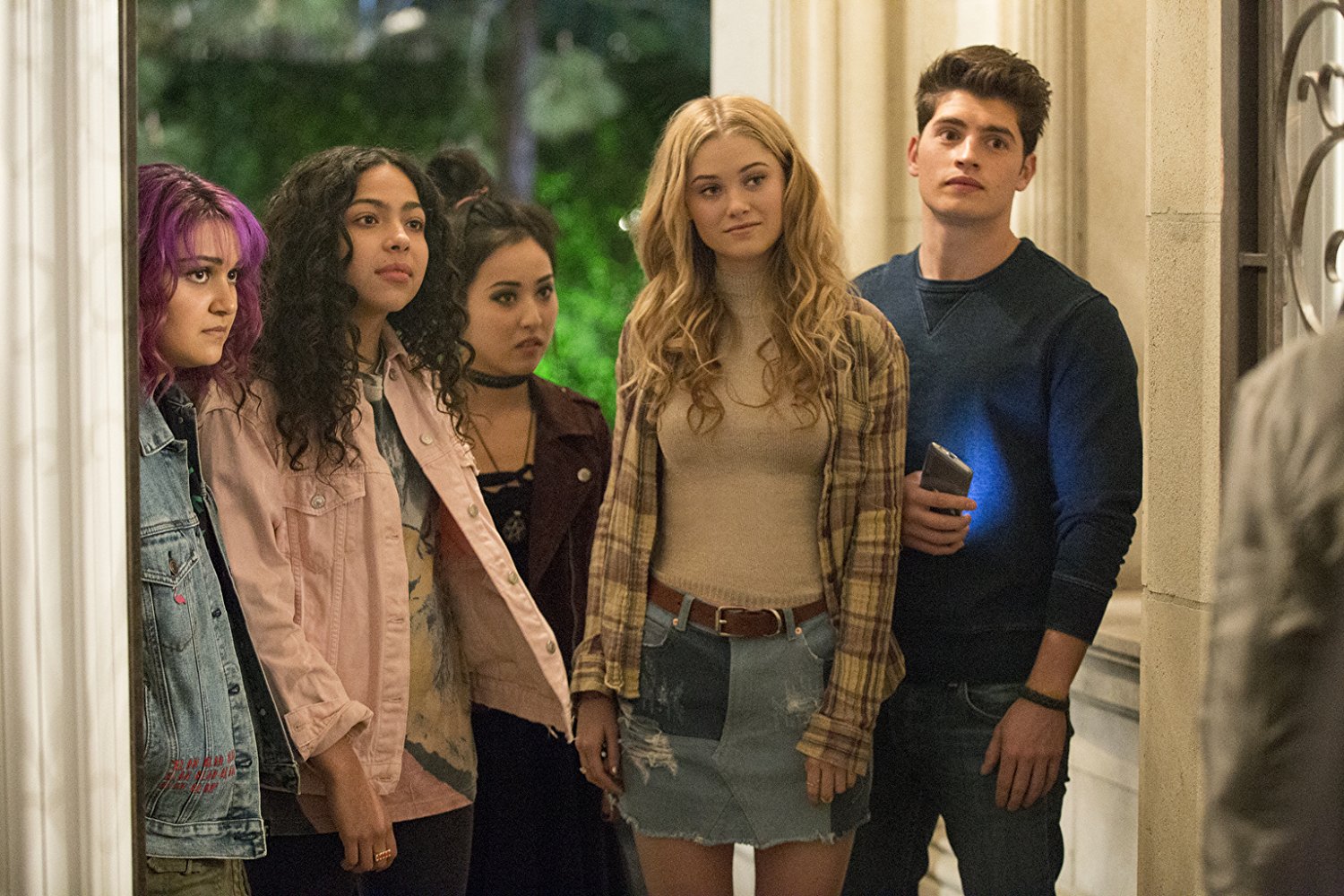 Alex is now the nerdy loner, Nico – Amy’s sister – the goth girl, Karolina the religious good girl, Gert the social justice warrior, Chase the jock. Molly, the adopted younger sister of Gert, is the first hint that this is a superhero show at all, exhibiting super-strength that has been presenting as period cramps.

Now, puberty manifesting as strange, otherworldly abilities is a trope as old as time, but it’s also a case of ‘if it ain’t broke’. This strikes exactly the right balance between silly and dramatic, winking at the audience when Gert goes on a rant about the patriarchy while never necessarily ridiculing her. It’s not easy to incorporate current teen issues and vernacular into a mainstream series meant to appeal to everyone, but this first episode nails it.

The cast is excellent all around, with the younger actors all giving in charming performances that easily transcend the ‘types’ they’re working with. The adults, meanwhile, demonstrate a nifty bit of stunt casting in James Marsters but it’s otherwise hard to get a read on what’s to come for them. The pilot needed to establish the kids and their relationships with one another, and we can assume future episodes will delve more into the fact that their parents are supervillains. 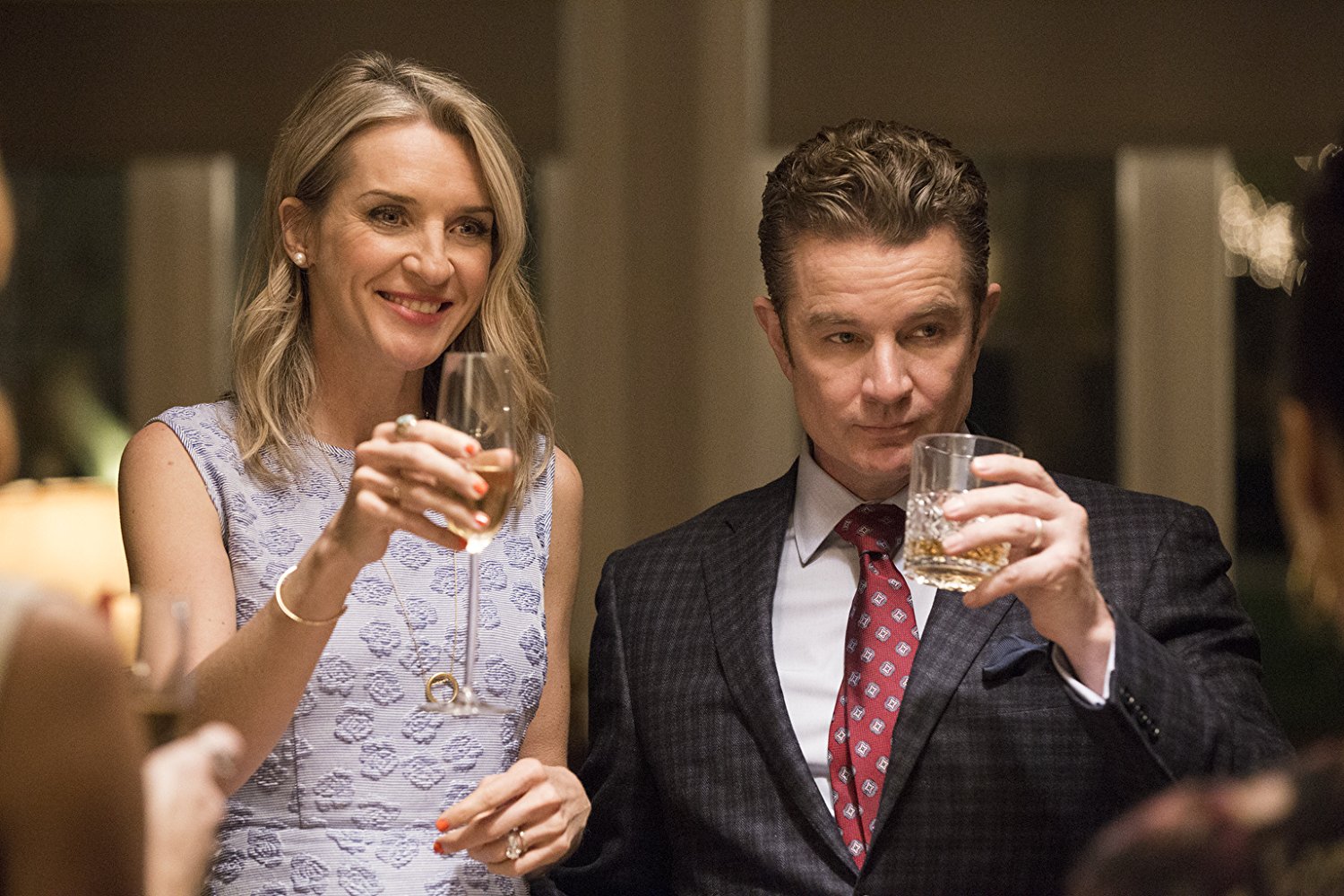 Oh yeah – their parents are supervillains! Speaking as a non-reader of the comics, I kind of wish that wrinkle hadn’t been spoiled in the promo materials, but it’s a fun twist nonetheless.

As much as this first episode presented itself as a pilot for a normal teen drama, there are enough little nuggets of the supernatural sprinkled throughout to keep genre fans engaged. There’s the PRIDE meetings, the creepy scab man out the back of cult headquarters, the apparent human sacrifice that the kids witness, and what looked to me like a huge-ass dinosaur in the basement.

Runaways won’t be for everyone, but for those who need a little ‘high school is hell and my parents are out to get me’ allegory in their lives, it’s a dream come true.