The Marvel franchise has always had a lightness of touch to it, even as the films have gotten increasingly weighty and serious.

But when Guardians of the Galaxy emerged as almost a straight up comedy last summer, that largely unknown property took audiences by storm.

Ant-Man is in a similar position in terms of its low name-recognition and comedy leanings, but if anything, it does the job even better than its space-faring counterpart.

Ant-Man follows the story of likeable Scott Lang (Paul Rudd), a small-time criminal who’s trying to get his life together and go straight for the sake of his young daughter, but who struggles to escape from his past. He’s given the chance to be something greater, however, when Michael Douglas’ Hank Pym head-hunts him for a job and lends him a very special suit; one that can reduce the space between atoms (just go with it…) and shrink the wearer down to the size of – you guessed it! – an ant.

Rudd might have seemed an unconventional choice to become a Marvel superhero, but Ant-Man is equally unconventional, and he turns out to have been perfectly cast.

Rudd’s effortless charm carries the film, and his everyman thrust into a world of superheroes and villains is entirely convincing. Even when things get a little bonkers, Rudd helps to keep things grounded, while Douglas is reliably charismatic as the older man who formerly wore the minimizing suit.

Stealing the show, however, is Michael Pena’s Luis, Lang’s partner in crime and his riotously funny sidekick. Pena’s fast-talking yet childlike innocence is hilarious throughout, but the screenplay is wise to not overuse him. Comedy sidekicks don’t get funnier than Pena here, while on the other end of the spectrum, Evangeline Lily’s very serious Hope – Hank Pym’s daughter and expectant heir to the Ant-Man costume – is also a great fit, providing a strong new female role in the Marvel Universe.

While she disappointingly disappears entirely for the film’s final act, stick around for a fist-pumping moment that suggests plenty more to come.

(Ant-Man also annoyingly becomes the second blockbuster of the summer to completely waste Judy Greer. Someone give her a lead role already!) 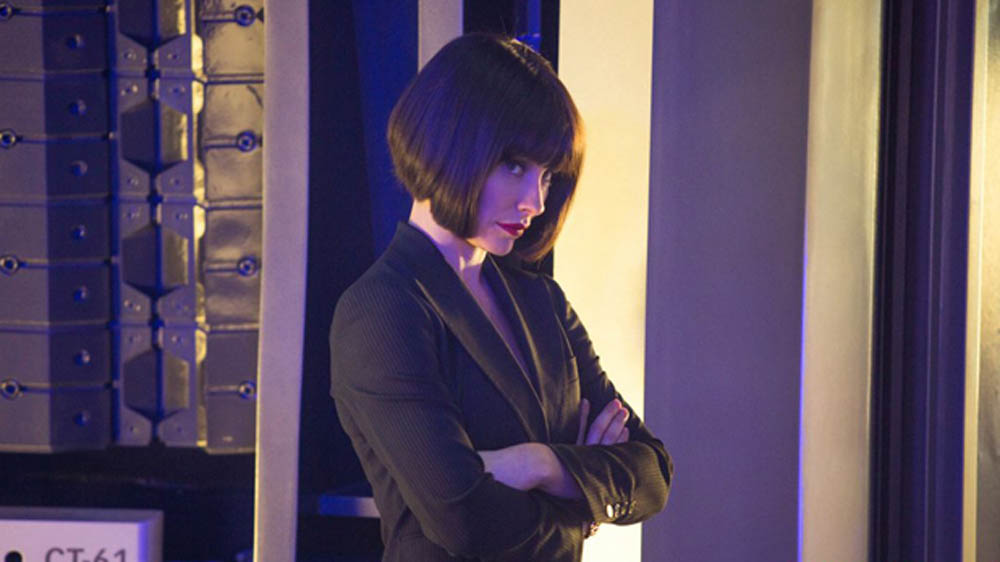 There was much publicity around the production of Ant-Man, what with Edgar Wright and Joe Cornish leaving midway through production, citing creative differences with the Marvel overlords. It’d be interesting to know exactly what those differences were, because the finished product has Wright/Cornish all over it (they’re still credited as writers).

While Peyton Reed stepping in as director does a fine job, it’s hard not to envision how different it may have been had they stuck with the original duo (or, indeed, whether it would have been very different at all?) Either way, Ant-Man does not play like a film that had production problems.

It’s a very slick affair, with some fantastic special effects, and if it perhaps disappoints a little at first, with the initial Borrowers-esque escapades not sitting quite right, it grows in confidence as the film progresses – by the climax it’s fantastic.

The final action sequence really is the gift that keeps on giving, making excellent use of the film’s signature shrinking/enlarging tech. It’s giddily entertaining, and crucially manages to maintain a grip on the characters and the emotional stakes at all times. While this is ostensibly a very silly film, the script does a great job of making you care.

Sadly, Ant-Man is yet another Marvel film lumbered with a terminally uninteresting bad guy, this time in Corey Stoll’s Darren Cross, a man attempting to recreate the tech behind the suit. As dull as he is for the most part, towards the end, when he finally dons a suit of his own, he actually becomes pretty intimidating. It’s a great piece of production design on his Yellowjacket; it’s just a shame that the man inside it is such a drip. 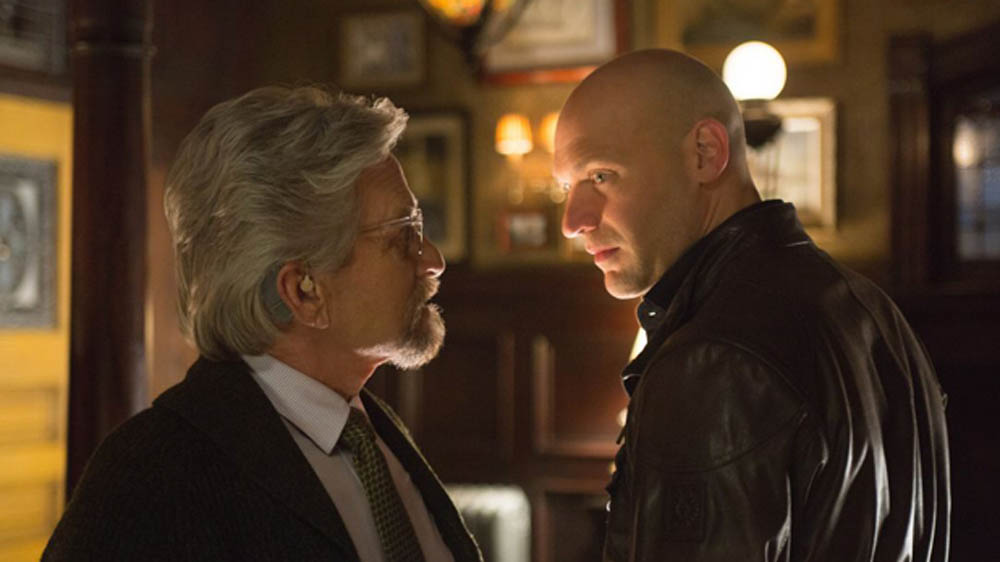 Ant-Man is a very self-referential film, poking fun at many of the common Marvel criticisms. “Why don’t we just call the Avengers?”, Lang asks straight off the bat, while in a very clever nod to Marvel’s own clichés, the only city that’s spectacularly levelled here happens to be a small model that Lang’s tiny form is running through.

Ant-Man is a huge amount of fun, boasting a different sort of superhero, with fight mechanics that provide something a little different to what we’re used to seeing with the established bunch of Avengers. And, unlike Guardians, Ant-Man has free range to very much stand alone.

It’s aware of the wider universe, but where Guardians had plenty of set-up for the franchise’s big bad Thanos to squeeze in, Ant-Man stands proudly as its own diminutive beast.

More entertaining than Age of Ultron and funnier than Guardians, Ant-Man is full of charm and Marvel’s best effort in a while. It’s far from revolutionary, but when it’s this enjoyable, it doesn’t need to be.

> Buy Ant-Man on DVD or Blu-ray on Amazon.

What did you think of Ant-Man? Let us know below…