Oculus sees Kaylie Russell (Gillan) try to help herself and her brother Tim, played by Australian actor Brenton Thwaites (Maleficent), come to terms with their shared childhood trauma – where Tim killed his father after his mother was murdered. But Kaylie believes a supernatural force was behind the murders, a force that caused people to kill; a force contained in an antique mirror.

She has tracked down the mirror (and also its history, revealing more deaths) and plans to confront it again with her brother upon his release from a mental institution, where he spent some time after being convicted of murder. The reunion, as you can imagine, does not go well.

Karen Gillan does a fine job as Kaylie, putting Amy Pond behind her and embracing a decent America accent (much better than the one she seems to have for new US sitcom Selfie), whilst Katee Sackhoff is excellent and warm (not to mention funny) as the mother. The 24 star also gets to revel in the monstrous change of her character, both mentally and physically; a commendable job.

The men fare less better, with Thwaites rather bland and hopeless, while father Rory Cochrane (CSI: Miami) is one note and unengaging. It did not help the latter’s cause that the script was perhaps a tad predictable when it comes to the well-used ‘busy dad alone in his office with no time for the kids’ routine. 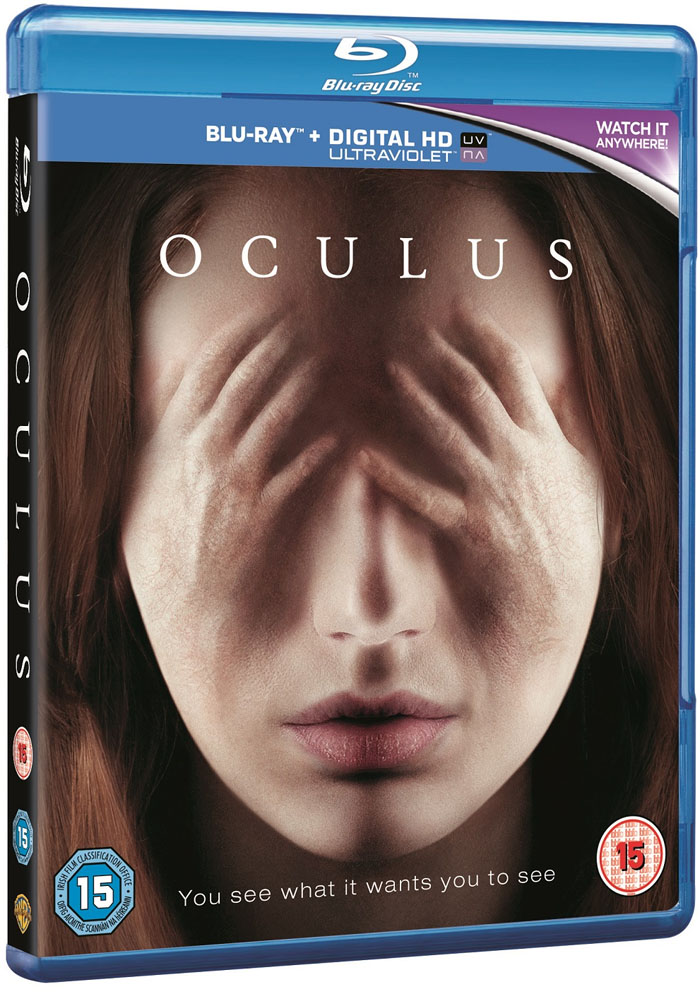 Sadly, the problems don’t end there with the script. It’s laughably predictable when it comes to the scares – of which there are far too few – and shoe-horned exposition. Gillan’s fans are better off catching her in Marvel’s bonkers Guardian of the Galaxy.