Four years after the last adventure and 19 years after its big-screen debut, the Mission: Impossible franchise returns for a fifth outing.

A new Mission: Impossible movie always feels like a bit of a surprise, not least because they are released at such sporadic intervals that the franchise never seems to gain any sense of momentum.

If we’re being unkind, we’d be inclined to say that the latest effort seems more like a Tom Cruise vanity project, proving to both himself and Hollywood that he’s still capable of being the lead in a blockbuster action film.

Unfortunately, Rogue Nation calls to mind some of Roger Moore’s latter James Bond films in early 1980s, with Cruise coming across like a bloke going through a late mid-life crisis playing at being a secret agent.

This time around Ethan Hunt (Cruise), Benji (Simon Pegg), Brandt (Jeremy Renner) and Luther (Ving Rhames) are after a secret terrorist organisation called The Syndicate, which sounds more like a rubbish National Lottery game show than a serious threat.

The team, and Hunt in particular, have to go rogue after the CIA’s Hunley (Alec Baldwin) ends government support for the IMF (Impossible Missions Force, not the International Monetary Fund) to hunt down the suitably creepy head of The Syndicate, Soloman Lane (Sean Harris).

Cue the globetrotting, with plot and character development thrown by the wayside.

The team are at times helped and at others hindered by Rebecca Ferguson’s Ilsa Faust. Ferguson is by far the best thing in the film, more than holding her own against Cruise with some cracking stunt-work.

Director Christopher McQuarrie doesn’t bring the sense of adventure or directorial flare that the previous Mission: Impossible films had (even John Woo’s flawed M:I-2 at least had his distinctive stamp all over it) and as such it is often a leaden and dull film that lurches from one set piece to another. 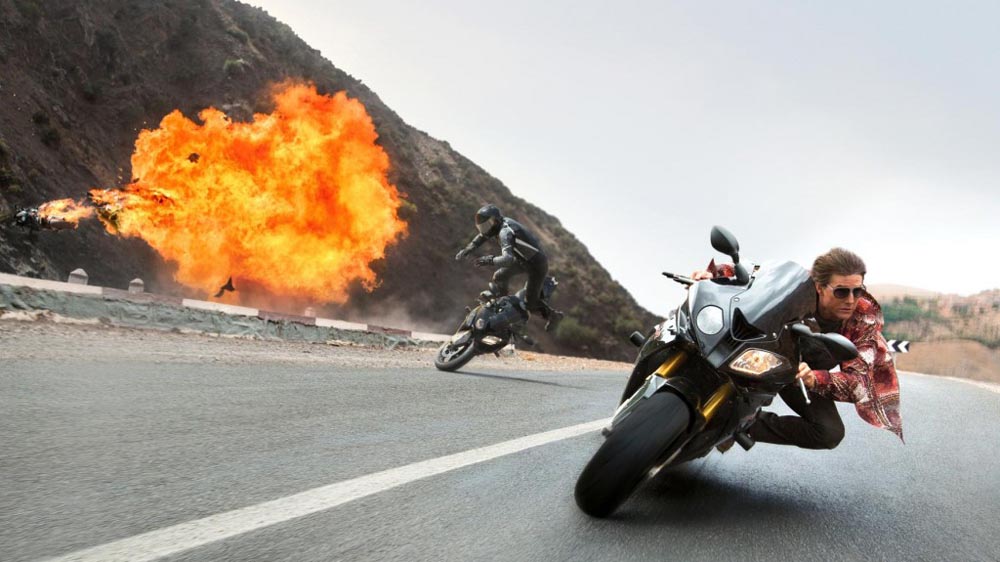 However, when the set pieces do arrive, they are spectacular and incredibly tense. From Cruise bursting onto the screen hanging on to a plane as it takes off, to a fantastic underwater sequence, several car chases, a magnificent sequence at the opera in Vienna and a final showdown in London, the action is superbly choreographed and a joy to watch.

Sadly these sequences are too few and far between and the script is neither as tense nor as funny as it thinks it is. Pegg is a particular victim here as he goofs his way through the film without raising as much as a smile from the audience.

While the return of James Bond in this autumn’s SPECTRE will no doubt provide us with 2015’s biggest spy hit, if you’re looking for some mindless summer blockbuster fun then you could do a lot worse than Mission: Impossible – Rogue Nation.

Released in UK cinemas and IMAX on Thursday 30 July 2015.