With spoilers, here’s our review of the Peaky Blinders series 4 finale…

You expect the unexpected in a Peaky Blinders finale. Deaths, shocks, and cliffhangers are de rigeur by now. The show wears them with the same style its characters wear a peaked cap. And though the series 4 finale gives us the first two in spades, it ends on a note you don’t usually expect from Steven Knight’s drama: happiness and contentment. If there is a cliffhanger, it’s wondering how it’ll all go wrong next series.

It’s not the best finale the show has ever had. After what was arguably the boldest, most tightly-plotted series since series one, it doesn’t quite feel like it lives up to the bloody expectations set up over the last five hours, but it’s still a damn fine hour of telly. Even when the pacing is way off in the final half hour – often feeling too slow and disjointed for too long – the individual scenes are gripping.

In a series that started out bloody and got bloodier, it’s a surprisingly thoughtful end; taking the time among all the vicious splashes of haemoglobin to reflect on Tommy as both victorious and victim. He wins, he always does, but he’s got to keep going, keep winning, in order to outrun his demons.

But we’ll circle back to that mediation on Tommy Shelby because OH MY DAYS they killed Arthur. Except they didn’t. It was all a big twist for the end. As if cheese wire could bring down Arthur F. Shelby (the F stand for fucking, his favourite word). A cheap trick, maybe, but that moment when you actually think the show has done something as bold as to kill off one of its strongest characters, really packs a wallop. My review notes descended into a hastily scribbled series of No No Nos, accompanied by more interrobangs than an adult with a pen should use. 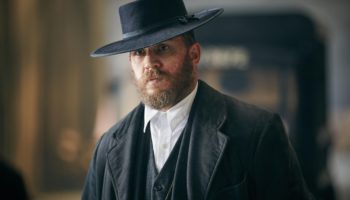 You believe it at the time, of course you do, because this is a show that killed off a main character in its opening return, and as I said a few weeks ago, Peaky Blinders thrives on its ruthless unpredictability. There’s genuine shock at his apparent offing, genuine relief when he returns. If anything it shows you how integral Paul Anderson’s fantastic, bullish performance is to the show.

Seeing that Arthur isn’t dead lulls you into a false sense of security. ‘HA!’ you think, ‘Peaky Blinders hasn’t got the guts to kill off a beloved character and send an actor home. Never!’. And then in reply Peaky Blinders says ‘Well, fuck you, audience’ and coolly kills off fan-favourite Tom Hardy. Bold move.

It never felt like Alfie Solomons had a permanent place in the show, but that transience was part of the charm. It was an extra treat every time he popped up. Tom Hardy played him wonderfully, his dialogue was always flamboyantly pitched against the more utilitarian language of the Shelbys, and most importantly there was a danger and a humour that cut through the seriousness. Watching Alfie was like watching a bear play with matches. Hilarious. Dangerous. Hairy.

At least Cyril the dog was left out of the unpleasantness. This is a brutal show, but thankfully not so brutal as to harm an animal. I do hope Cyril returns.

Alfie’s death is a shock, especially as it comes as an echo of another big name killing. Adrien Brody’s Luca Changretta was always destined for something violent and final, and so he gets it. Bloody, satisfying, and bloody satisfying, it’s the culmination of the sudden shift in the Shelby clan’s fortunes. Just when you think Tommy’s down on his luck and almost down on his knees, his behind the scenes dealings pay off big-time. 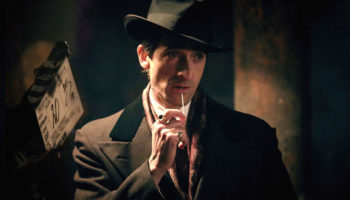 Is it a bit cheap that something we’ve not heard of happening offscreen suddenly saves Tommy? Sure. It’s all a bit ‘In a bound, Jack was free’ but it’s nothing new. It’s always been the nature of the show, and particularly its finales, that Tommy has been doing deals that not even his family were privy to. After all, it’s how he got his OBE. More importantly, it shows that in a violent world it’s using your brain, not a pistol, that pays off. Arthur does the killing. Crucially Tommy never wins on a bullet.

All seems happy then. That most unusual of occasions in Peaky Blinders. And then you look at the time and realise there’s still 20 minutes left. Surely disaster is going to a-courtin’?

No. I kept expect a shot to ring out while Tommy was idling away, golfing and fishing, but the only shots are those from the past, reverberating through his mind. Tommy’s like a shark; the moment he stops moving he sinks. Without death at his heels and business dealings to smoke and drink his way through, his mind idles and begins to regress to trauma. It’s only a life of danger and dodgy dealings that’s kept the PTSD at bay. It’s brilliantly, truthfully, portrayed by Cillian Murphy.

What to do then? Let the demons of WW1 in? Even in an unpredictable finale we know that’s not Tommy’s style. The man’s always got to have something to fight against, something to win, and he’s found hid new target: rooting out Revolutionist Commies for the government, all in exchange for a place in Parliament. You can almost hear the chants of ‘Oh Tommy Shelby!’ ringing through the Labour party ranks (#topical). 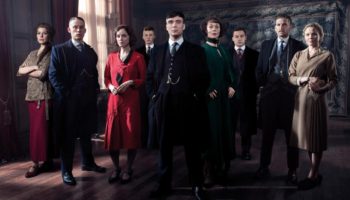 Tommy Shelby has never risen higher – so high in fact you wonder where it’ll all go next. He’s an MP, a father to a baby girl, a success. Surely the only way is down? But there’s no hint of that. It is an unusually upbeat end to a series. It could almost be The End; a point at which the show could bid adieu and give everyone who’s still alive a happy ever after. In other words, the kind of end you wouldn’t expect from such a ruthless show. Then again, when have you ever known what to expect from it?

The future looks bright, and I’m not just talking about Tommy’s prospects. It’s not the strongest finale by any measure, but as a whole Peaky Blinders shows no discernible dip in quality. It’s still bold, brilliant, brutal, and hopefully coming back to give us more of it all.