Anyone who’s ever lived in a shared house afflicted by creeping mould and poorly-behaved housemates is likely to experience a pang of recognition with the premise of the latest monthly Torchwood audio release from Big Finish.

Lease of Life focuses on the investigative talents and stoic resolve of Owen Harper. He’s been dispatched from The Hub to look into the suspicious phenomenon affecting a local flatshare. He’s not willing to reveal his true identity to the three residents: the slacker, soap-averse Nye; the uptight, high-achieving Ellie; and the slightly exasperated estate agent Seren.

They’re exactly the kind of ill-suited trio found sharing the costs of renting four walls and a roof together in any number of densely populated streets across the city. So for as long as he can keep up the pretence, Owen will claim to be an inspector from the local council. But once it’s revealed that an extraterrestrial infestation has made the residence its home, he has to dump the deception as it’s time to “clean house”.

Regular Big Finish Dark Shadows audio writer Aaron Lamont delivers a script that makes use of a familiar trope in the Torchwood monthly audio range: the idea of facing down a threat while being trapped in a claustrophobic space from which there is no escape. Yet Lamont creates fresh dramatic tension in a story that combines high-concept sci-fi (an alien incursion) with the prosaic and everyday (the domestic travails of a house share). The script does not flinch from stomach-churning horror. But the gore is far from gratuitous, and helps to make the occupants’ entrapment in the house visceral and tense. For all that, Lease of Life remains at heart a tense character drama.

It’s always a bold decision to base an audio story around the threat posed by an antagonist who’s unable to speak. As the monster in Lease of Life is mute, it’s down to some cleverly unnerving sound design by Naomi Clarke to “bring home” the idea of the creature’s viscous and fetid form.

Those of the cast who can speak don’t do a bad job either. This is a tight ensemble piece, in which the sense of domestic terror behind closed doors is brought to life through a winning set of performances. Above all, it’s the squabbling dynamic between Owen and Seren that holds the attention throughout. Burn Gorman always seems to enjoy playing Owen Harper at the end of his tether, when his irascible temperament clashes with his grudging concern for the plight of others.

He’s got plenty of opportunity to do that here. As the ever-more-alarmed Seren, Luyanda Unati Lewis-Nyawo provides an excellent, grounded foil for Owen’s increasingly desperate problem solving endeavours. In fact, there’s more than a hint of a “Doctor and companion” vibe to the way that the pair interact as their survival options narrow.

Without giving anything away, the endgame of Lease of Life has an understated bleakness, which leaves the listener wondering how they might react to a similar ultimatum. As the first anniversary of the national Covid lockdown passes, the terror of being “stuck at home”, while a killer infection threatens to bring down the world, could scarcely have more salience. Fortunately, Lease of Life is a thoroughly diverting work of fiction, ideal for enjoying on a socially-distance walk in the fresh air and sunshine of the great outdoors. 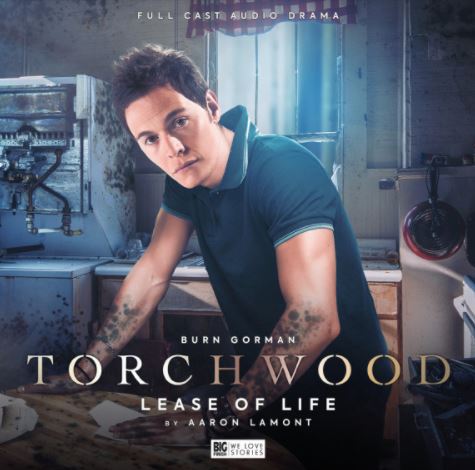 Torchwood: Lease of Life is available to buy now, in both CD and digital download formats, from the Big Finish site.