The studio who brought you Marvel’s Avengers now brings to life one of the original Marvel heroes – Ant-Man.

> Buy Ant-Man on DVD or Blu-ray on Amazon.

To celebrate the release of Ant-Man on 3D Blu-ray™, Blu-ray™ and DVD from Monday 30 November, we’ve got Blu-rays to give away to three of our Twitter followers! 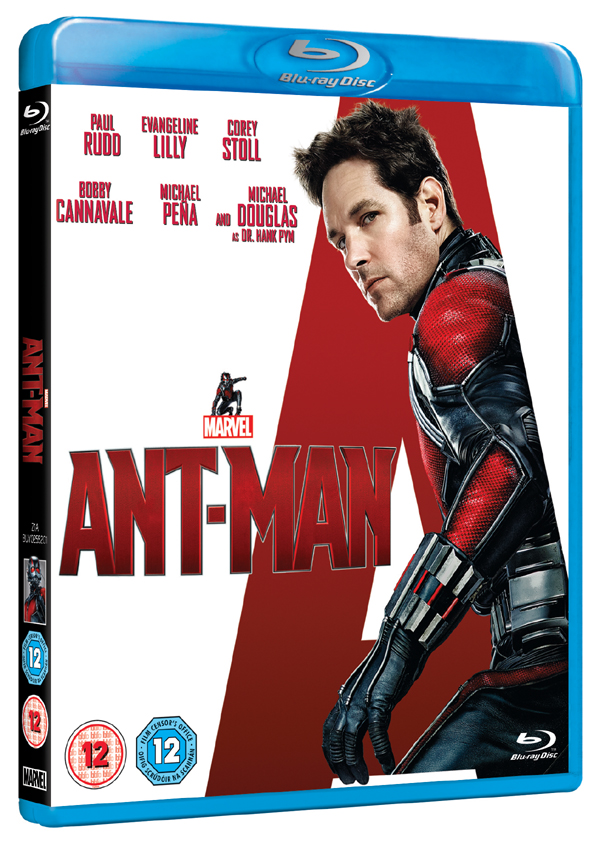 Win! Follow @CultBoxTV and RT for a chance to win one of three ‘Ant-Man’ Blu-rays – https://t.co/HhgnxxPDAs pic.twitter.com/x8mZhXtcke

Bring home the epic heist as Ant-Man embraces his inner powers and harnesses the unique ability to shrink in scale to increase in strength. Master thief Scott Lang joins forces with his new mentor Dr. Hank Pym to protect the secret behind his spectacular Ant-Man suit from a new generation of towering threats.

This competition has now closed. The winners are Christian Lacey from Eastleigh, Alana Brough from Dartford and Anne Jordan from Winchester.