The complete first season of No Offence, Channel 4’s outrageously rude, critically acclaimed cop comedy-drama from the creator of Shameless, Paul Abbott, will be released on DVD on Monday 10 August from FremantleMedia International.

> Buy No Offence on DVD on Amazon.

To celebrate the release, we’ve got DVDs to give away to four of our Twitter followers! 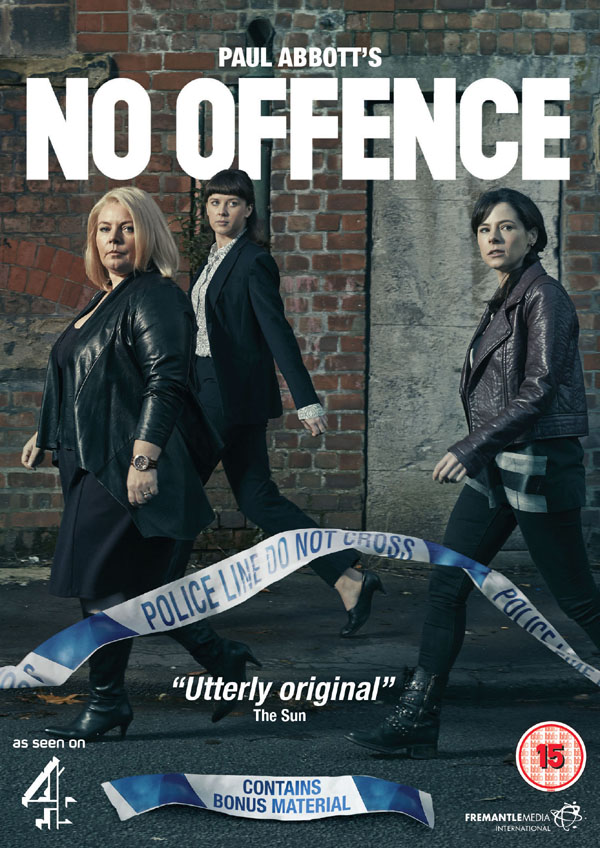 Win! Follow @CultBoxTV and RT for a chance to win one of 4 x ‘No Offence’ Season 1 on DVD – http://t.co/EhvJpLMass pic.twitter.com/KrMz8FelqF

The show attracted great viewing numbers with its raucous, riotous and razor sharp, new and completely original take on the world of the police procedural.

The addictive jet black comedy brings Abbott’s larger than life quick-witted characters to the forefront as they find unconventional ways to crack crimes in Manchester.

Joanna Scanlan (The Thick of It, Getting On), Alexandra Roach (The Iron Lady, Utopia) and Elaine Cassidy (The Paradise, Harper’s Island) head up the dynamic squad who together with Colin Salmon (Arrow, 24: Live Another Day), Will Mellor (Dates, Broadchurch) and Paul Ritter (The Game, Friday Night Dinner) are the tough but big-hearted bobbies who go above and beyond to bring down the criminal world.

The DVD also boasts exciting extras including three exclusive video featurettes: An Interview with Paul Abbott; Acting With Down’s Syndrome; and Meet The Cast. Plus there’s an extended interview with the show’s star, Joanna Scanlan and deleted scenes.

Season 2 will begin filming in Manchester in early 2016.

This competition has now closed. The winners are Colin Lough from Warrington, Brianna Carson from Aldershot, Alex Little from Dundee and Angela Furness from Tewkesbury.