Deutschland 83 is the new groundbreaking and original series from the producers of the international Emmy award-winning Generation War.

To celebrate the home entertainment release on Monday 15 February, courtesy of Universal Pictures (UK), we’ve got DVDs to give away to four of our Twitter followers! 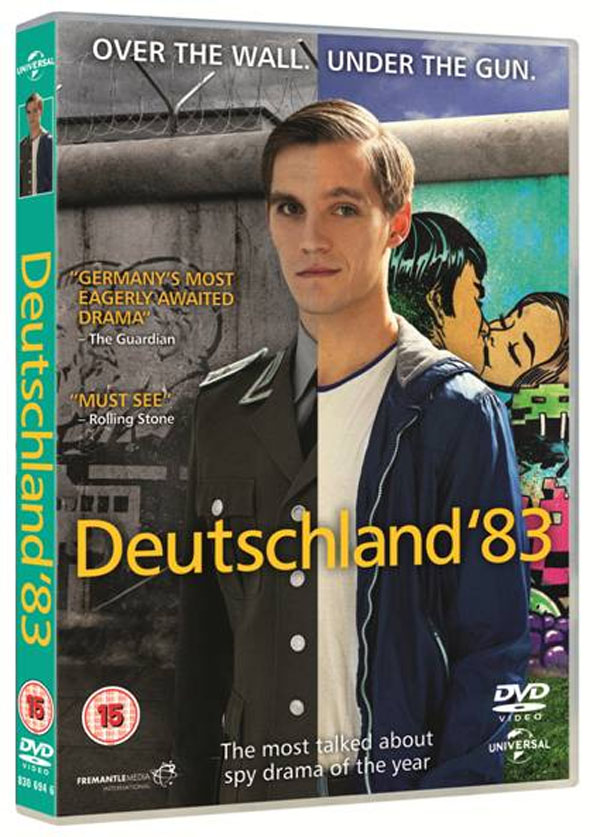 Win! Follow @CultBoxTV and RT for a chance to win one of four ‘Deutschland 83’ box sets – https://t.co/koyPTNiJ7F pic.twitter.com/e0LaRljQ9N

It’s 1983. The Cold War is hot. Russian SS20 Missiles in East Germany are already pointed West. American Pershing II Missiles will soon be placed in West Germany, pointing East. The threat of nuclear conflict looms. Our hero, Martin Rauch (Jonas Nay), is 23. Born and raised in East Germany, he is sent undercover, as Moritz Stamm, to West Germany, to work for a top General in the Bundeswehr.

Officially, his job is to gather intelligence on the placement of the Pershing II Missiles. A secondary gig develops, infiltrating youth culture through close relationships with the General’s two children. But nothing and no one are as they seem.

This competition has now closed. The winners are Thom Lyle from Stratford, Nicole Winston from London, Amber Payne from Didcot and Anna Berry from Cuckfield.