To celebrate the release of dark and provocative thriller Oldboy on Blu-ray and DVD on Monday 7 April, we’ve got Blu-rays to give away to five of our Twitter followers!

Follow @CultBoxTV and RT for a chance to win 5 x Oldboy on Blu-ray – Info: http://bit.ly/1ggAfQE #OldboyCB 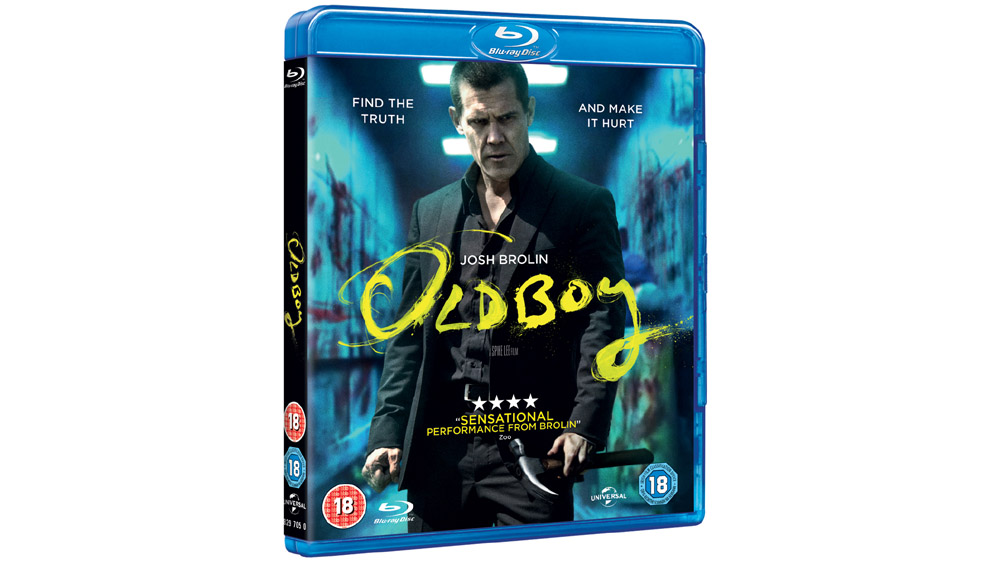 Based on the original manga series by Garon Tsuchiya and Nobuaki Minegishi, Spike Lee (The 25th Hour, The Inside Man, Do The Right Thing) has reimagined the story of Joe Doucett, a man abruptly kidnapped and held hostage for twenty years without any explanation.

The film follows Joe’s (Brolin) journey as he is released from his solitary prison sentence and begins an obsessive and tortured mission to find his captors. Equipped with the knowledge that whilst imprisoned he was framed for the rape and murder of his wife, and his daughter Mia was adopted, he sets out to find her, enlisting the help of nurse Marie (Olsen) in his quest for vengeance.

Taking ever darker turns as he tries to find the mastermind behind his kidnapping, the eponymous ‘Stranger’, Joe’s punishment continues as he realises he’s still trapped in a violent, complex web of conspiracy and torment.

Prepare yourself for a savage and dramatic climax when Oldboy is released on Blu-ray and DVD on Monday 7 April.

This competition has closed. The winners are Kenneth Thomson (@Ripco1) from Abronhill, Elanor Rice (@e13eleven) from Gateshead, Elke Schluter (@JessiesMammy) from Mansfield, Julia Wulff (@jwulff5) from Longfield and Alex Daniel (@AlexDa666) from London.