The action-packed hit show Supernatural brings the ultimate battle between heaven and hell to a stunning conclusion in the ninth season available on DVD and Blu-ray™ from 8 June.

The Complete Ninth Season contains all 23 gripping episodes from Season Nine and is packed with over four hours of bonus content – including featurettes, commentaries, a Comic-Con panel, and a gag reel. Fans that purchase the Blu-ray™ will also have access to a Digital HD copy of all 23 episodes. 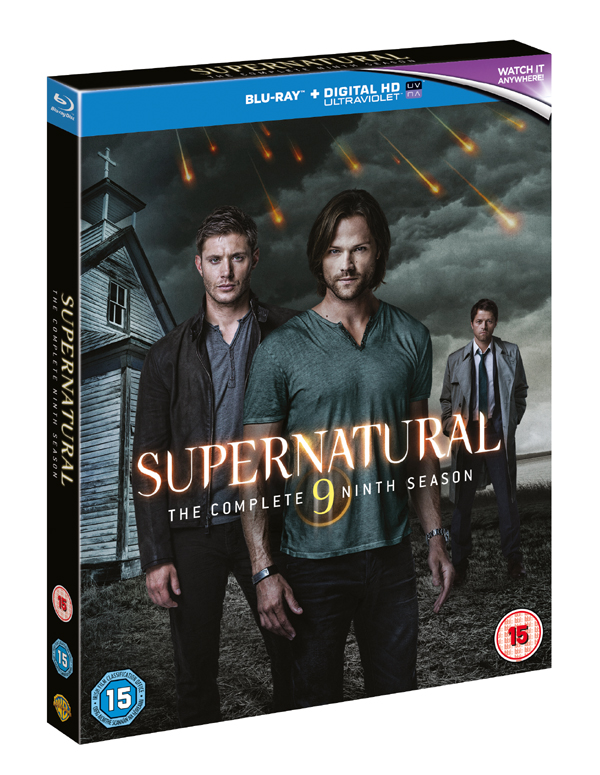 How do you deal with a fallout of heavenly proportions? With the angelic Host’s descent to Earth, Sam and Dean now face a world inhabited by thousands of powerful beings, each with its own chaotic agenda. Before tackling the threat of the “loose nukes” roaming the globe, the Winchesters engage in their most personal conflict yet. Meanwhile, Castiel finds he’s more vulnerable – and yet capable of more humanity – than ever.

As the threat escalates, a way must be found to reopen the gates of Heaven and head off a demon insurrection in Hell. Throughout, darkness leaves its mark on Dean: has he finally crossed the line to protect his family? The excitement of the Complete Season 9 is positively cataclysmic.

This competition has now closed. The winners are Jackie Carter from Chester, Elaine Macintosh from Huddersfield and Henry Egan from Poole.