The second season of BBC Two’s The Wrong Mans is out now on BBC DVD.

To celebrate the release, we’ve got DVDs to give away to five of our Twitter followers! 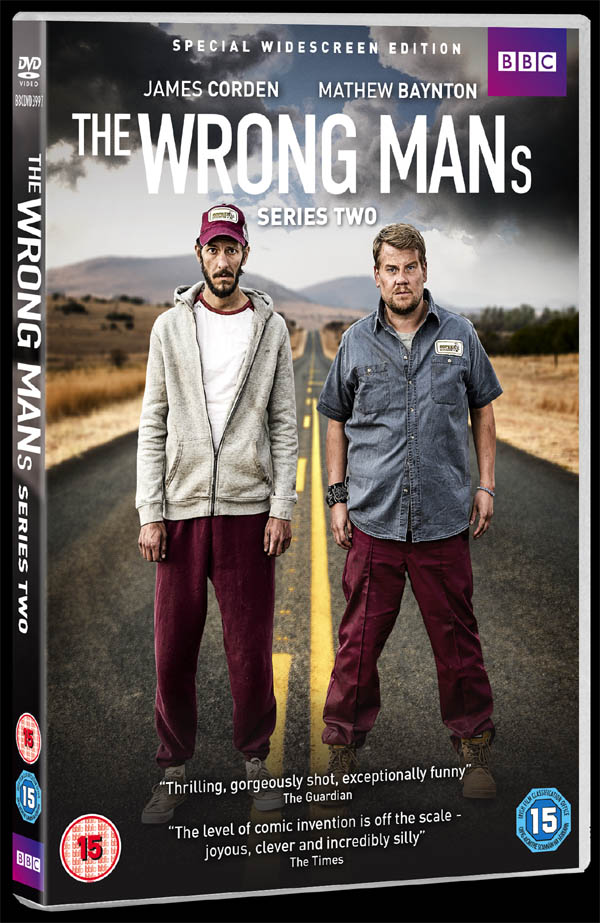 James Corden (Gavin & Stacey) and Mathew Baynton (Yonderland) return for a second series of the comedy thriller about a pair of lowly office workers who become embroiled in a deadly criminal conspiracy. The new episodes see the hapless heroes Sam and Phil in even deeper, darker danger than ever before as they embark on a dangerous international quest to prove once again they are The Wrong Mans.

This competition has now closed. The winners are Hayley Whelan from Glasgow, Colin Butler from Poole, Francis Dawson from Guildford, Lewis Thomson from Newport and Dean Stewart from Hastings.

Chilling Adventures of Sabrina has been cancelled