May 1996 saw a brief return for Doctor Who to television following the final episode of the classic series in 1989, but it happened in a way no one quite expected.

This TV movie was a co-production between the BBC and Fox that was intended to serve as a pilot for an American version of the science fiction drama.

It ultimately did not achieve this goal, but it did introduce a brand new Doctor into our midst whom most fans enthusiastically accepted. In fact, David J. Howe and Stephen James Walker’s Doctor Who: The Television Companion states that, “Paul McGann himself is magnificent, turning in a stronger debut performance in the role than any of his predecessors bar Hartnell and making one long to see him in action again in further stories.”

Although McGann would not make another onscreen appearance in the role until 2013’s minisode ‘The Night of the Doctor’, his memorable Eighth Doctor lived on in novels, comic strips and Big Finish’s long-running audio dramas.

Considering the fanbase’s positive reaction when McGann returned in 2013 and the popularity of the spin-off materials detailing his adventures, isn’t it time to rectify the fact that the Eighth Doctor never got a chance to appear in a season or two of his own?

Need any other reason? Here are five more… 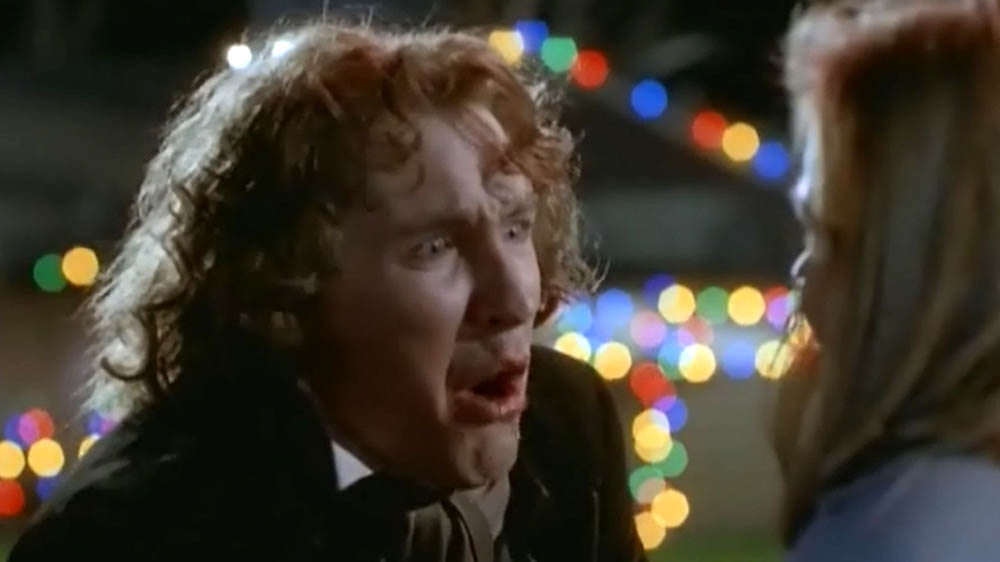 The majority of Whovians will all agree that between the TV movie in 1996 and the minisode in 2013, there simply hasn’t been enough screen time for the Eighth Doctor. Consequently, he is one of the least-seen Doctors in the show’s history. Unless one follows the novels and audio adventures (and it’s worth remembering that most fans actually don’t), the Eighth Doctor is simply a huge question mark. Some new Whovians may barely even be aware that there was an Eighth Doctor!

At first glance, it might seem like a step backwards to revisit the adventures of a previous Doctor, but judging from everyone’s excitement when ‘The Night of the Doctor’ was first released, fans would jump at the chance to further explore the Eighth Doctor’s background.

Whether the show would alternate episodes between the Eighth and Twelfth Doctors or give the Eighth a show of his own, McGann’s return to the role would be a bright spot in many a Whovian’s day.

As much as we’re genuinely excited about BBC Three’s Class this autumn, it does seem like a missed opportunity to have fitted in an Eighth Doctor mini-series.

A wealth of resources

If the Eighth Doctor did return to TV, it would be very easy to give him brand new companions and send him off on all-new adventures. But a better way to bring him back to the screen would be to bring his audio and novel companions with him; many of them are wildly popular with the fans of the spin-off materials, and bringing them onto the screen along with the Eighth Doctor would be a fantastic way to pay homage to those who have followed the Eighth Doctor’s off-screen adventures while simultaneously introducing these memorable characters to a new set of fans.

It’s a crime that the likes of Nicola Walker and Sheridan Smith still haven’t been in Doctor Who anyway!

The Eighth Doctor and his companions had so many exciting adventures in the own materials that there really wouldn’t be any need to write in someone entirely new. The stories already exist; they would just need to be adapted for TV. It wouldn’t be the first time a Doctor Who novel was adapted for the show; the Seventh Doctor novel ‘Human Nature’ was turned into a two-part story for the Tenth Doctor back in 2007.

Exploration of the Time War

When the Eighth Doctor returned in 2013, it was apparent that the Time War had already been going on for a while. Cass had heard of the Time Lords and considered them just as bad as the Daleks, while the Doctor insisted that he was not like the others. His plea fell on deaf ears, and Cass let the ship crash rather than accept help from one of the people she so vehemently hated.

What had the Time Lords done that caused ordinary soldiers like Cass to despise them? Why was the Doctor so eager to distance himself from his own people—well, more eager than usual? How did the Time War begin in the first place?

Although there were hints of a larger fight happening during the classic series (the destruction of the Zygons’ home planet happened in ‘Terror of the Zygons’, and the Doctor struck a fatal blow against Skaro in ‘Remembrance of the Daleks’), the skirmishes apparently escalated to full-out battles during the Eighth Doctor’s time in the TARDIS.

A show focusing on his adventures would potentially shed some new light onto how the Time War became so momentous and bloody. 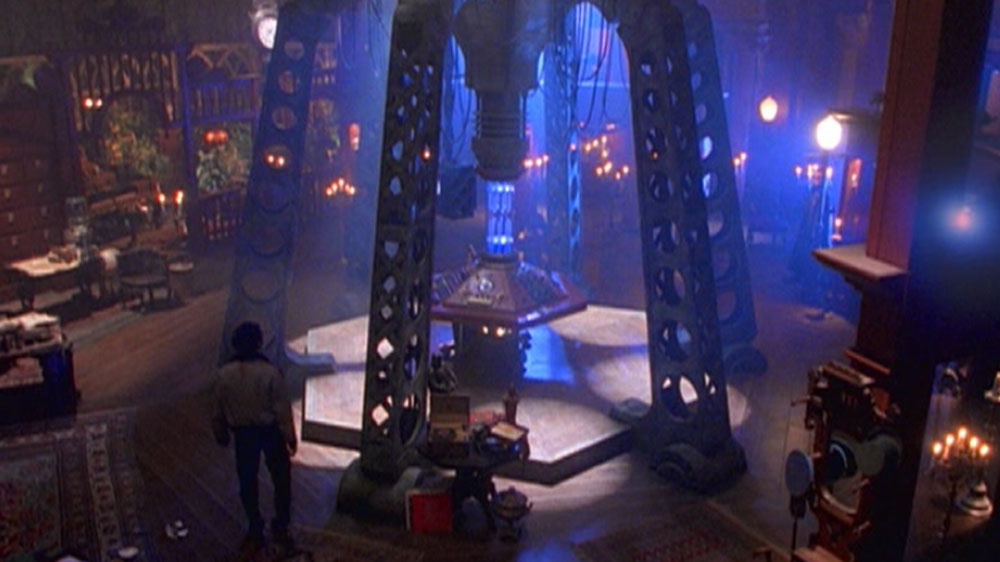 This is a rather minor argument for bringing back the Eighth Doctor, but the fact remains that he had one of the most impressive TARDIS interiors the show had seen up to that point, and it’s still visually impressive when compared to the modern-day designs.

Its look was reminiscent of the secondary control room the Fourth Doctor used for a time, but it also possessed a certain unique elegance and sophistication, a combination of Earth and Gallifreyan styles, that would be gladly welcomed back.

This design wasn’t just unique to the console room; it was present all throughout the TARDIS, from the library to the Cloister Room. Considering all of the different designs the TARDIS has sported in the past, a second chance to see one of the more complex desktop themes would be the icing on the cake of having the Eighth Doctor back, although the original set was likely junked years ago.

A chance to be in the real Doctor Who 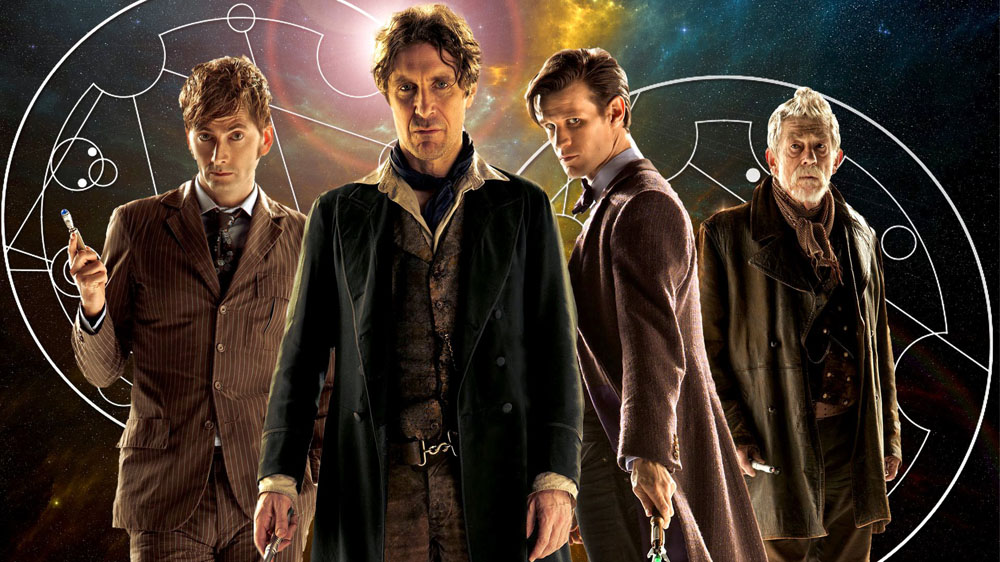 The planned American Doctor Who series that was supposed to result from the TV movie would have had a very different tone from the original British version. Some of the changes, such as making the Daleks look more like Cybermen and making the Doctor and the Master half-brothers, were ultimately written out of the original movie script, but other changes, notably the Doctor’s admission of being half-human, were allowed to remain.

It’s safe to say that if the US series had continued, so many elements from the original show would have changed that the end product would have ultimately had very little in common with the show that premiered in 1963. If they were willing to change the Doctor’s heritage, what else would they have eventually changed?

Such drastic changes would not have sat well with the fans, and it would have been a shame for the Eighth Doctor, who showed such talent and promise in the TV movie, to have been relegated to a show that shared only a name with the original.

Instead, while ‘The TV Movie’ is now widely accepted as canon, it is high time he was brought back to the real Doctor Who show and given a chance to showcase the talents and Doctorish charms that have already earned him fans among the novels and audio adventures.

Do you want to see the Eighth Doctor in Doctor Who again? Let us know below…