A page-turner based in the difficult, relentless world of Tudor politics, Tinker Tailor Soldier Spy screenwriter Peter Straughan’s new six-part adaptation takes well-known elements and figures from history and casts them in a new light.

In December 2013, the RSC brought Wolf Hall to the stage in Stratford-Upon-Avon in a witty, wicked and wonderful theatrical production. Along with the sequel, Bring Up The Bodies, Wolf Hall transferred to London later in 2014, for new audiences to see Mantel’s tale brought to life.

Boasting an impressive ensemble of actors with the likes of Damian Lewis, Jonathan Pryce, Mark Gatiss and Joanne Whalley, the cast list alone is enough to make BBC Two’s Wolf Hall look worth a watch. Given the success of its novel and stage counterparts, does this adaptation of Mantel’s work live up to the lofty standards of its predecessors?

The opening episode, ‘Three Card Trick’, is a worthy introduction to a series which looks promising from the get-go. It isn’t identical to the book, naturally; necessary changes have been made to bring the book to television. But the spirit of the novel remains, and it’s clear that this adaption has been made with loyalty to the author’s work in mind. 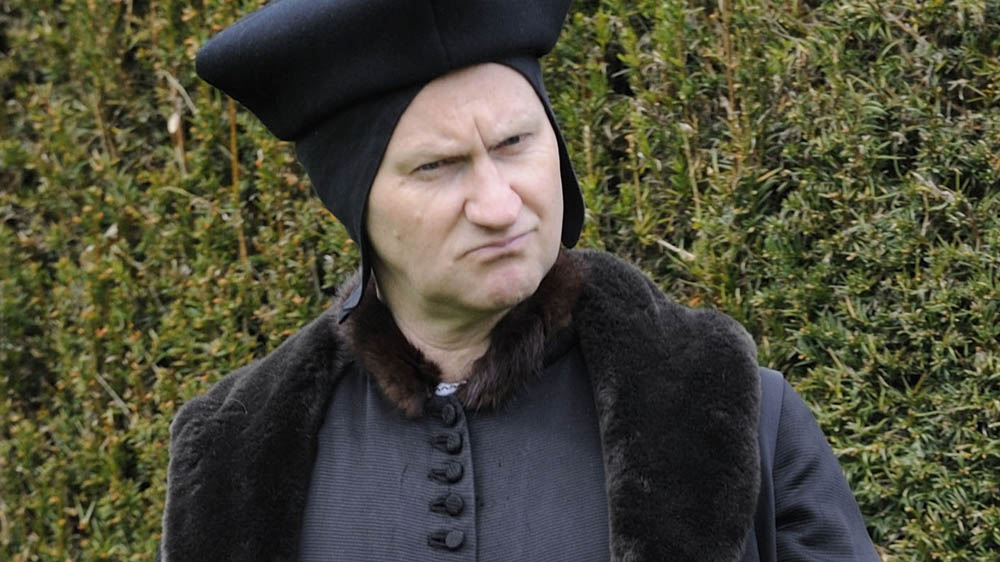 It’s refreshing to see a period piece not give in to the temptation to ‘jazz it up’. As good as modernised takes on history can be, updating the past does seem to be something of a trend now. It’s not a bad thing – personally I’ve watched quite a lot of shows which have met harsh criticism for historical inaccuracy, and enjoyed them all the same. But still, it’s nice to see Wolf Hall make a stand and root itself firmly in history as it happened. It may not be as glamorous as others, but it works.

Are you looking forward to Wolf Hall? Let us know below…