If you’re a kid of the ‘90s you may remember that Saturday evenings were all about Bugs, a sci-fi action show that ran for 40 episodes over four years on BBC One in the midst of Doctor Who‘s ‘wilderness years’ between 1995 and 1999.

The show arguably filled a slot in the televisual landscape, giving BBC One a homegrown Saturday evening action show to air in the slot usually filled with US imports such as Lois & Clark: The New Adventures of Superman and Due South.

Bugs was a pre-Spooks attempt by the BBC to create a sort of James Bond/Avengers hybrid for the pre-millennium generation: a specialist band of contemporary crime fighters with a focus on espionage, futuristic technology and global threats.

This was aided by the futuristic looking sets built on the newly-renovated Canary Wharf, well-publicised advances in technology as well as the looming threats of everything from terrorist attacks to the Y2K scenario, which gave the show a contemporary feel and some credibility within modern sci-fi.

Debut episode ‘Out Of The Hive’ is a great introduction to the show’s mythos and the chemistry of the leads, introducing helicopter pilot Ed (McLachlan) and shows him being enlisted by Nick Beckett (Birdsall) and Ros Henderson (Griffiths) to clear his name when he is framed for murder and the theft of a top secret satellite transmission interceptor.

‘Absent Friends’, the fourth season’s opener, which introduced Houghton as the new embodiment of Ed (after MacLachlan had left the show) and which tied up Season 3’s cliffhanger surrounding Ros’ disappearance, was a stand out. 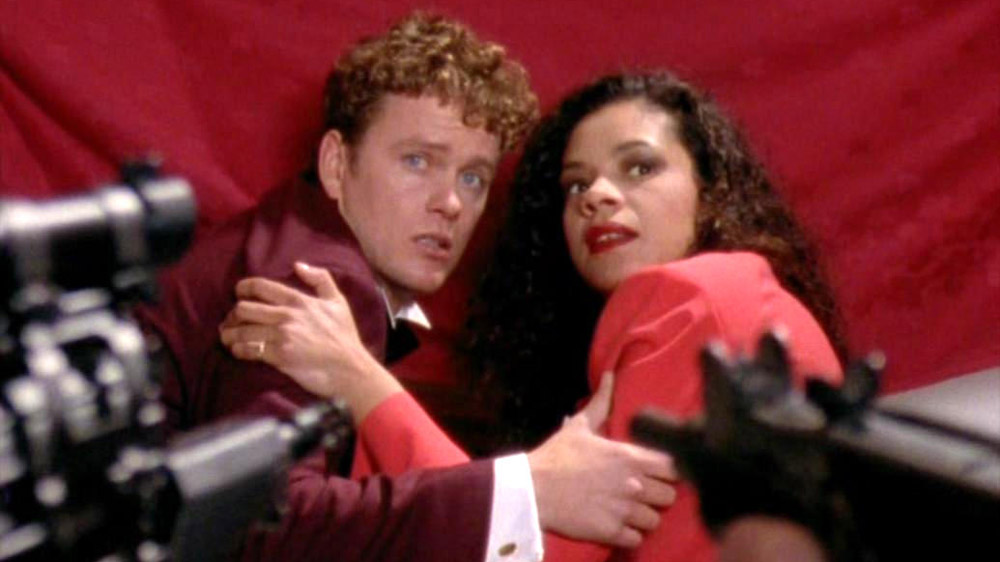 Bugs was on the verge of cancellation at the end of its third seasnon, when an exciting finale cliffhanger earned it an eleventh hour reprieve for a fourth run. However, a move to an earlier time slot, a change in lead actors and a general sense that the show had run its course – both in its soapy storytelling and with dwindling audiences – meant that the show would end after four seasons.

Craftily, the show’s production staff tried to avoid this by engaging in another cliffhanger ending, hoping to repeat the tactic’s success the previous year, but all this did was end the show on an unresolved note with Beckett and Ros kidnapped by unknown assailants, never to be seen again.

The three final episodes of Season 4 (‘Twin Geeks’, ‘Money Spiders’ and ‘The Enemy Within’) were also delayed for broadcast by over a year, in part due to the circumstances of the Omagh Bombing, which reflected terrorist attacks and explosions similar to those episodes plotlines.

The show does have a cult following in the UK and in 2005 was released on DVD. The main cast have also spoken very highly of the show and the work they did on it, expressing that Bugs was deliberately ahead of its time and set a bench mark for other shows to come.

What are your favourite memories of Bugs? Let us know below…