The Doctor suddenly finds himself as a contestant on Big Brother, Rose is in a futuristic version of The Weakest Link, and Captain Jack is naked in front of millions of viewers.

But something is wrong – people are dying in the name of entertainment, and an old enemy is closing in…

The Doctor and Jack break into the studio where Rose is being held in a bid to rescue her. Rose is apparently vaporised by the Anne-Droid and, for the next ten minutes of the episode, we’re led to believe that she’s actually dead (with the lovely Lynda-with-a-‘y’ seemingly ready to step in as the new companion).

The Doctor encounters the ‘god’ of the Daleks – the Dalek Emperor. Marvellous effects work and a great vocal performance by Nicholas Briggs result in a great classic monster reimagining.

The Doctor sends a reluctant Rose back home to 2006 in the TARDIS, but not before a hologram of himself tells her to have a fantastic life.

The Doctor absorbs the time vortex from Rose and is forced to regenerate into that bloke out of Casanova. “New teeth?” Genius!

‘The Parting of the Ways’ marks the first time on-screen that a Dalek appears inside the TARDIS. It also features the first ever ‘standing up’ regeneration. 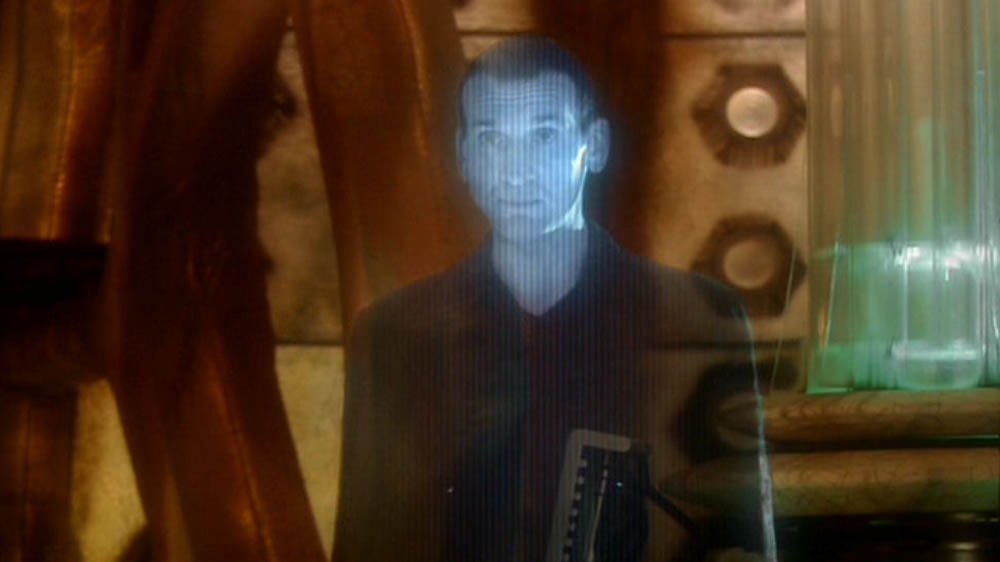 Jack Harkness’ bum was meant to be seen in full in an alternate scene in ‘Bad Wolf’. Sadly for some and luckily for others the BBC denied fans the chance to see a bit more Barrowman.

The Doctor: “The human race. Brainless sheep, being fed on a diet of – mind you, have they still got that program where three people have to live with a bear?”
Lynda: “Oh, Bear With Me? I love that one!”
The Doctor: “And me. The celebrity edition, where the bear…”
Both: “…got in the bath!” (Laughs)

The Doctor: “Cause this is what I’m gonna do – I’m gonna rescue her! I’m gonna save Rose Tyler from the middle of the Dalek fleet, and then I’m gonna save the Earth, and then – just to finish you off – I’m gonna wipe every last stinking Dalek out of the sky!”
Dalek: “But you have no weapons, no defenses, no plan!”
The Doctor: “Yeah, and doesn’t that scare you to death?” 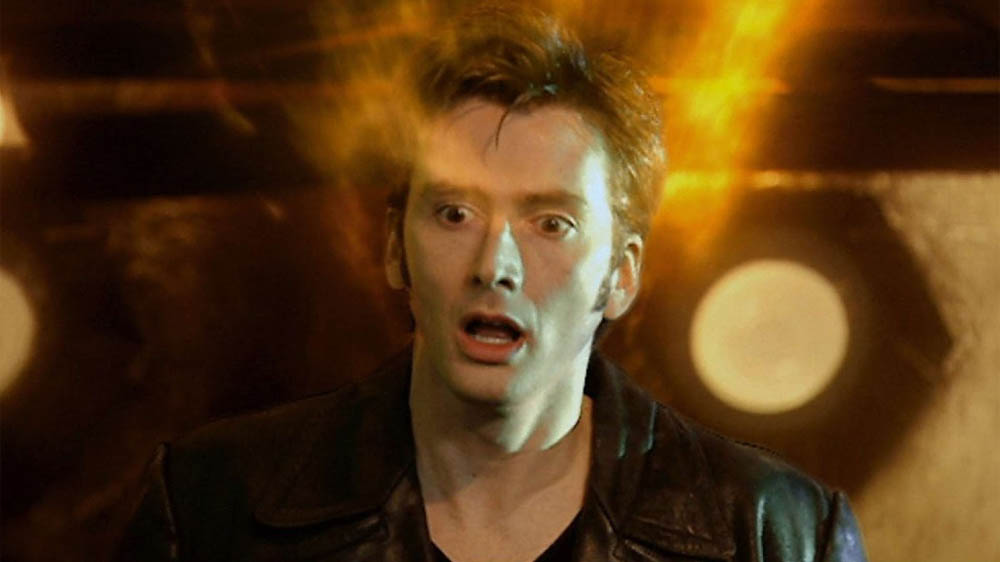 The Doctor: “[hands on the lever] I’ll do it!”
Emperor Dalek: “Then prove yourself, Doctor. What are you, coward or killer?”
The Doctor: “[Doctor makes to push the lever down, pauses, and steps away] Coward, any day.”

The Doctor: “Rose, before I go I just wanna tell you – you were fantastic… absolutely fantastic… and d’you know what? So was I.”

‘Bad Wolf’ and ‘The Parting of the Ways’ are an odd yet deliciously brilliant pair of episodes from Christopher Eccleston’s only series of Doctor Who.

Part One begins as a funny, tongue-in-cheek romp that seeks to poke fun at modern TV, before slowly morphing into an old school Dalek epic and descending into darkness and death on a massive scale. On paper, it shouldn’t work. In the hands of Russell T. Davies, it’s pure dynamite.

Eccleston is never better then here, his final adventure giving him the chance to really let rip with both the sense of humour and the powerful, defiant gravitas that made his Doctor so perfect. Likewise, Billie Piper proves once again what a brilliant companion she can be, as Rose is tested like never before.

Davies’ scripts are chock full of hilarious gags, tragic deaths, epic moments, and most of all, a real sense of scale. The stakes have never been higher, the Doctor challenged like never before. And as for that regeneration scene, well… there are no words, aside from amazing, emotional, uplifting, and inspired.

He may have only stuck around for ten stories, but the Ninth Doctor shines throughout all of them. In ‘Bad Wolf’ and ‘The Parting of the Ways’, he shines his brightest. Fantastic!

What’s your favourite Ninth Doctor episode? Let us know below…