The Doctor, Jo Grant and UNIT investigate a series of deaths in a South Wales Mine, wherein the victims have been found with green glowing skin.

There’s toxic waste in the tunnels and giant maggots coming out of the ground. Somehow it all connects to Global Chemicals and their mysterious Boss…

Episode 1 features the Doctor making a solo trip to the blue planet of Metebelis 3, where everything that can go wrong does go wrong. It’s a clever and funny little send-up of the show’s formula, but it also plays a major role later in the story’s climax.

The Doctor takes down a gaggle of security men at Global Chemicals with his trademark Venusian Aikido in a superbly choreographed fight scene.

The cliffhanger to Episode 4, as the Doctor discovers the true mastermind behind proceedings – the BOSS – is one of the show’ best shock reveals.

Jo Grant agrees to marry Professor Clifford Jones. Wishing her well, the Doctor leaves the celebrations without a goodbye and drives off into the sunset alone in Bessie. A long-lasting onscreen friendship ends. Every viewer cries.

This is the last story to feature the original Pertwee title sequence and the use of the word ‘Episode’ in the titles (the word ‘Part’ was used instead for the next serial onwards).

Despite being credited solely to Robert Sloman, the episodes were actually co-written by producer Barry Letts.

The Brigadier: “But Doctor, it’s exactly your cup of tea. The fellow’s bright green apparently…. and dead.”

The Doctor: “Your paper on DNA synthesis was remarkable for your age.”
Professor Jones: “Oh, a promising youngster?”
The Doctor: “I mean the age you live in.”

The Brigadier: “Well, I never thought I’d fire in anger at a dratted caterpillar.”

A clever and entertaining adventure that perfectly encompasses everything that’s great about the UNIT/Pertwee era, ‘The Green Death’ is both funny and heart-breaking in equal measure.

Every main character gets a chance to shine, the giant maggots are incredibly effective, the humour and horror complement one another well, and above all, unlike some other six-parters from Pertwee’s era, it rollicks along at a great pace throughout.

As relevant today in terms of its views of big business and pollution as it was way back in 1973, ‘The Green Death’ is never overly preachy. Instead its main concern is to tell a bold and exciting Who adventure, packed with laughs, scares, tear inducing goodbyes and the Doctor in a dress. All of which it succeeds in doing with aplomb (especially when it comes to the dress bit).

A genuine masterpiece of ambitious storytelling, ‘The Green Death’ rules the roost as the perfect slice of Jon Pertwee’s Doctor Who. 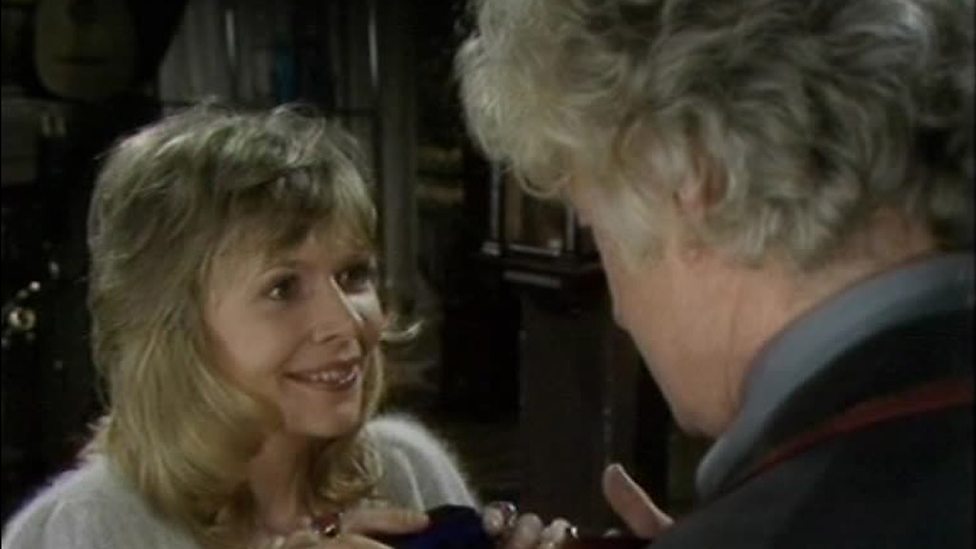 What’s your favourite Third Doctor story? Let us know below…