At last, it’s Matt Smith’s turn to get festive and his first holiday outing sees Doctor Who taking on Dickens’ classic, but this time, it’s in space!

(I hope you read that last bit in the Eleventh Doctor’s excited voice.)

It’s a bit of a fun novelty getting the JJ Abrams-esque bright white spaceship and copious lens flare treatment on a Doctor Who budget; indeed, 2010’s ‘A Christmas Carol’ is a very pretty episode altogether.

Can I tell you exactly how it all pieces together? Honestly, in spite of having seen it at least four times, including once just now, I’m just not sure I can. But who cares when we’ve got none other than Dumbledore himself (that’s Michael Gambon) leading the story as the Scrooge-like Kazran Sardick (and also as well as his even less pleasant dad).

So, the Starship Lensflare is about to crash, with Amy and Rory on board in their kinky honeymoon costumes, unless the Doctor is able to convince the grumpy old Kazran to lend his assistance – which he does by travelling back in time and tampering with Kazran’s memories. It would be super-creepy if it didn’t turn Grumbledore into a better person. Phew.

Through the Doctor’s intervention, Kazran’s life is peppered with magical Christmastime adventures with the lovely Abigail, a lady who normally spends her days frozen in a kind of upright supermarket freezer coffin, while an ominous dial counts down the few days she has yet to live. 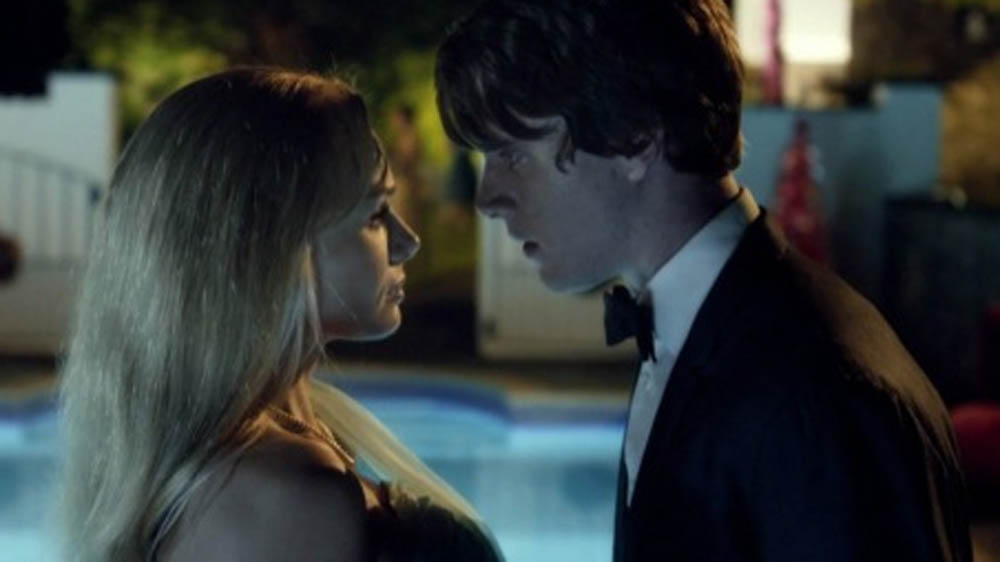 I’m impressed with a culture where a terminally ill person’s time left can be calculated so precisely, but unfortunately they can’t seem to come up with a treatment for whatever mortal ailment troubles her. More importantly: is time passing in real time for Abigail?

Like, is she just living nothing but a succession of Christmases with the Doctor and what must seem to her like an unnaturally rapidly-aging child? I would have assumed the latter, but if so, isn’t it a little ick that they start getting romantical in later years? I mean, it’s only been days for her since Kazran looked rather like young Professor X from X-Men: First Class. That’s gotta be at least a little bit weird.

The upshot of the whole thing is that the Definitely-Not-The-Enterprise and its honeymooning companions are saved, and the older, slightly cheerier Kazran gets one last day to spend with his beloved Abigail.

They are last seen going on a shark-led sleigh ride through the fish-infested air of that magical planet, and presumably Abigail dies horribly offscreen shortly thereafter.

> Buy the Christmas specials box set on DVD on Amazon.

> Buy the Christmas specials box set on Blu-ray on Amazon.

What’s your favourite moment in ‘A Christmas Carol’? Let us know below…