With Loki safely locked up in the dungeons beneath Asgard after his indiscretions during Avengers Assemble, Thor is being kept busy keeping the rest of the nine realms under control.

Back on Earth, and Jane Foster is studying what’s known as the Convergence, a moment where all nine realms become aligned and thus travel between them becomes eminently more possible.

Jane’s studies lead to through a tear between the realms, where she becomes infected with an ancient force known as the Aether, which recently resurrected Dark Elf Malekith plans to use to bring darkness to the universe.

With Asgard and Earth equally at threat from Malekith, Thor must turn to his treacherous brother Loki and return to Earth – and Jane – to help save all the nine realms.

Look, Thor’s great and all, but this franchise is very clearly all about Tom Hiddleston’s Loki. It’s no coincidence that the film only truly comes alive once Loki is thrown back into the mix. His curious mix of charm and smarm make his every appearance a delight.

Kat Dennings’ research assistant Darcy gets more to do this time around, and she makes for effective comic relief, particularly in her playfully dismissive attitude towards her own intern, who is so far out of his depth with her even before the Dark Elves start invading.

Sadly, Sif and the Warriors Three mostly get lost in the mix, as the act of balancing such a large ensemble inevitably takes its toll. Still, we’re glad to know they’re still around, even if Sif’s hinted at love-triangle with Thor and Jane never really develops into anything.

Oh, and despite his best efforts, Christopher Eccleston’s villain is lumbered with an alien language and a dull backstory, and even the erstwhile Doctor can’t make him interesting.

The final battle is livened up no-end by the introduction of a series of portals that zap heroes and villains alike between the nine realms, allowing for a fight that takes place simultaneously across the universe. Imagine a war where everyone has a portal gun from the game Portal, and you’re on the right track. 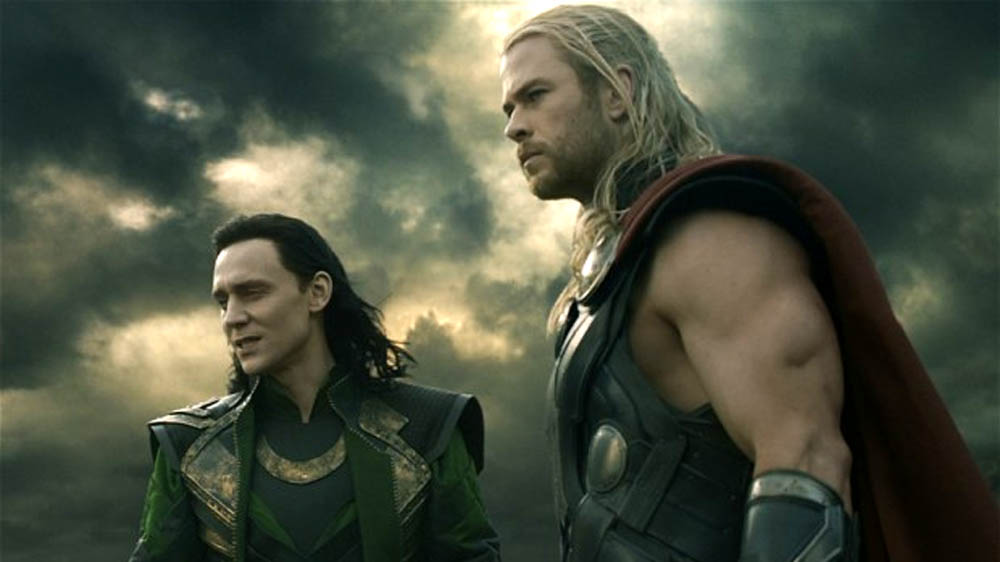 Otherwise, pretty much any scene involving Loki is a winner: Loki launching a barrage of sarcastic barbs at his brother as they escape Asgard, and the pair’s more emotionally frank discussion that follows are excellent, as is the moment Loki mischievously transforms into Chris Evans’ Captain America for a brief cameo. The only thing better is Loki’s reappearance at the end of the film, posing as father Odin, and claiming the throne, promising exciting things to come. Well, you didn’t really think they’d get rid of their MVP, did you?

Oh, and an honourable mention to a very game Stellan Skarsgård for running around Stone Henge in his birthday suit. Dr. Selvig is reduced to comic relief, but it’s a role that Skarsgård is surprisingly adept at.

Odin: ‘Some believe that before the universe, there was nothing. They’re wrong. There was darkness… and it has survived.’

Loki: ‘Look, why don’t you let me take over? I’m clearly the better pilot!’
Thor: ‘Is that right? Out of the two of us, which one can ACTUALLY fly?’

Sif: ‘I’ve got this completely under control!’
Thor: ‘Is that why everything’s on fire?’

Loki: ‘After all this time, now you come to visit me, brother? Why? To mock?’
Thor: ‘I need your help. And I wish I could trust you…’
Loki: ‘If you did, you’d be the fool I always took you for.’

Darcy Lewis: ‘Why are you smiling?’
Dr. Erik Selvig: ‘There is nothing more reassuring than realizing that the world is crazier than you are.’

As an integral member of the Avengers, Thor will obviously be a huge part of the upcoming Age of Ultron, and you’d be a bold man to bet against Tom Hiddleston’s Loki appearing, be it as a cameo, or something more substantial. Given that the post-credits sequence of Captain American: The Winter Soldier featured members of Hydra studying his mind-control staff, we’re erring towards the latter.

And, while there won’t be any Jane Foster, and likely no room for the rest of the Asgardian contingent, Dr. Selvig and Idris Elba’s Heimdall are scheduled to appear at least. 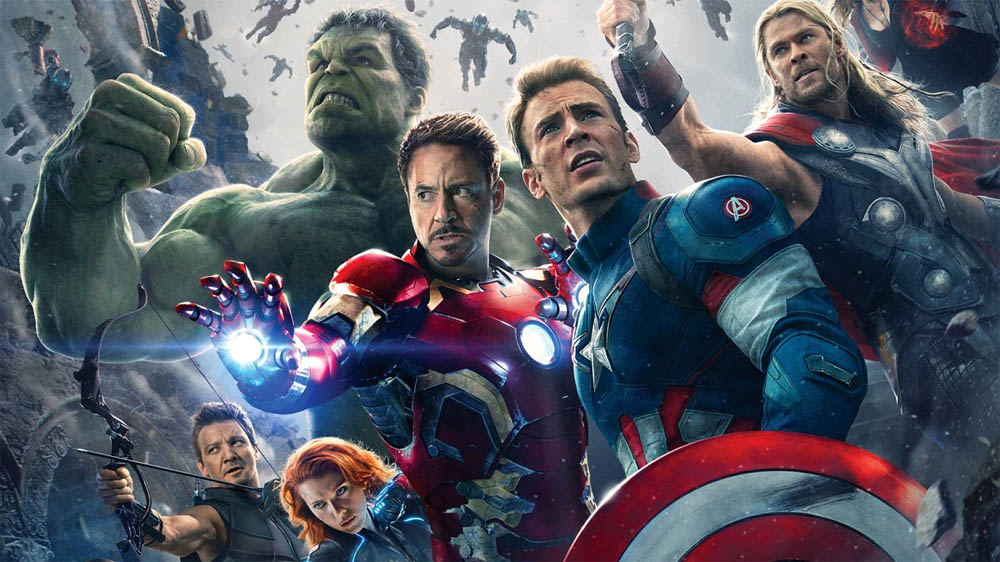 While the previous Avengers film dealt heavily with Thor as he fought against his dastardly brother, the enemy this time around is a technological one.

Thor is at the top of his game when it comes to ancient galactic magics and renegade Asgardians, but an army of AI Earth technology rising up? That might just throw an ancient Nordic god off his game…

What’s your favourite moment in Thor: The Dark World? Let us know below…