The recent cancellation of Dirk Gently’s Holistic Detective Agency by BBC America brought with it an increasingly common fan tactic: the online petition. Said petition is called in the likes of the BBC, or perhaps Netflix, to pick up the funding for a third season. And, like the majority of said petitions, it’s more out of hope than a realistic expectation that a decision is going to be reversed.

That’s no slight on those involved at all. Just that the mix of low ratings and middling audience response suggests that there’s not enough there for BBC America to take a gamble on. If anything, it’s almost worth celebrating that it got two seasons in the first place, in the current cancel things quickly climate.

But also, we can’t help but wonder if the lessons of 2006’s Jericho, appreciating it almost feels like it was made in a different time, are still being heeded.

Jericho was a post-apocalyptic show that debuted on CBS in America in September 2006. Headlined by Skeet Ulrich, it told the story of the city of Jericho in the US (a fictional city, don’t look it up) in the aftermath of a nuclear attack. Jericho is thus isolated from the world, and its residents don’t have many clues as to just what’s gone on.

Season one of the show ran for 22 episodes, but the ratings soon started to tumble. The 11m plus viewers who turned into the debut episode had dwindled to 7.72m for the finale. Crucially, for CBS, the trend was downwards. The show simply wasn’t winning over enough of a new audience. The decision was made to pull the plug. 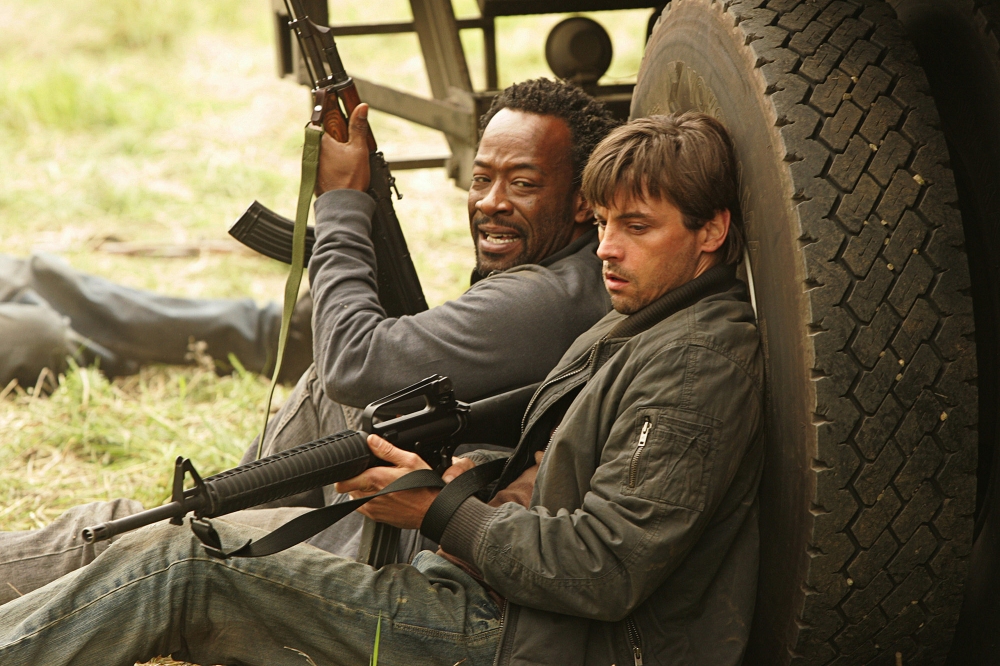 In the case of most shows, in fact pretty much all, that’d be the end of the story. But in the case of Jericho? Not so. For once the decision was announced that the programme was ending on May 16th 2007, one of the most effective TV fan protests of all time quickly swung into action.

An online campaign came up with the plan to send peanuts to the offices of CBS. Physical bags of peanuts. There was some relevance, with the peanuts a reference to the final episode of the first season. It was estimated that, by the end of the Nuts For Jericho protest, some 20 tons of peanuts had been sent to CBS’ offices in New York and California.

CBS certainly got the message.

By the start of June, CBS was said to be reconsidering its decision to axe the show, in the face of such vehement fan enthusiasm. By June 6th, the decision was made. Jericho would indeed get a second season after all, purely as a consequence of the fan protest.

CBS was still cautious, as it limited the episode run for the second season to just seven. Its then-president, Nina Tassler, described the protest, not unreasonably, as a “probably unprecedented display of passion in support of a prime time television series”. She also said that “we will count on you to rally around the show, to recruit new viewers with the same grassroots energy, intensity and volume you have displayed in recent weeks”.

But unfortunately, the story still didn’t have the happiest of endings. When Jericho’s second season kicked off on February 12th 2008, ratings had fallen further, to 7.09m. Given that this was one of the last eras when overnight ratings still felt like the be all and end all, the news wasn’t good. It was about to get worse. That 7.09m number was as good as it got, and whilst by the finale the show had clambered together 6.02m viewers, it was clear that Jericho’s time was over. CBS cancelled the show for a second and final time on March 21st 2008, four days prior to the season finale.

Efforts were made to find a new home for the show, but in the end, the future stories of Jericho came to exist in comic form instead. Following the Jericho protest, television executives became more resistant to petitions, and campaigns that followed a similar vein. And whilst occasionally a show did make it back in some form – Veronica Mars as a crowdfunded movie one of the highest profile examples – the conclusion was reached that a fan protest wasn’t representative of the entire audience.